Last night’s Game of Thrones is certainly bringing out some opinions in the light of a new day. If you were to scroll down Twitter, you’d be forgiven if you came to the conclusion that the entire population of Earth unanimously hated the new episode, or the entire season.

The penultimate episode, titled “The Bells,” was an hour and a half of major character deaths, character twists, and bloody, fiery carnage. We witnessed the end of Euron Greyjoy, the destruction of the Lannister and Golden Company armies, Varys’ execution at Daenerys’ hands, Cleganebowl, Jaime and Cersei dying in each other’s arms, and so much more.

So much happened that it reaffirmed my insistence that this final season needed to be more than six episodes long…but we’ll touch on that later.

While there were many big moments worth discussing, most of the Internet is fixated on Daenerys Targaryen and her seemingly sudden shift from benevolent savior to the new Mad Queen, torching King’s Landing and its innocent civilians alive.

The writers of #gameofthrones making Daenerys go mad Queen was so confusing to watch pic.twitter.com/g98SPyPymz

Dany for 7 seasons: Has never killed innocent people, stood up for them, freed slaves, people looked up to her.

d&d after ruining danys character arc and 8 years of buildup in less than 2 hours #GameofThrones pic.twitter.com/0P1pYQBL4i

And, while it’s always upsetting to watch a protagonist turn to the dark side, Daenerys’ transformation into the Mad Queen is anything but a shocking revelation.

Daenerys has always believed that destiny is a justification for her actions.

Ever since she walked out of Khal Drogo’s funeral pyre holding three newborn dragons, Daenerys has subscribed to the belief that she is destined to rule the Iron Throne. In fact, can you remember a time in the entire series where she’s given a reason why she wants to rule Westeros other than citing her birthright to the throne?

Jorah, Varys, Barristan Selmy, Missandei, Tyrion, and others all convinced themselves and each other that she wanted to make the world a better place because of her actions in Essos (more on those later). They were passionate in their insistence that she has a firm, but gentle heart, that her subjects love her, that countless people chose to follow her across the world because they believe in her.

Indeed, if you asked Tyrion or Jorah why Daenerys should be Queen, you’d be told without question that she was going to “Make Westeros Great Again,” that for the first time in hundreds of years, the people of Westeros would prosper under a woman who has the strength to deal with her adversaries and the heart to nurture the people of the Seven Kingdoms.

If you asked Daenerys why she should be Queen, she’d tell you something about how the Usurper took the Iron Throne from her family, how she was meant to rule it. You’d also hear a lot about breaking the wheel, but never an indication that she wanted to make Westeros a better place for the people of Westeros.

But, what about all her good deeds in Essos? 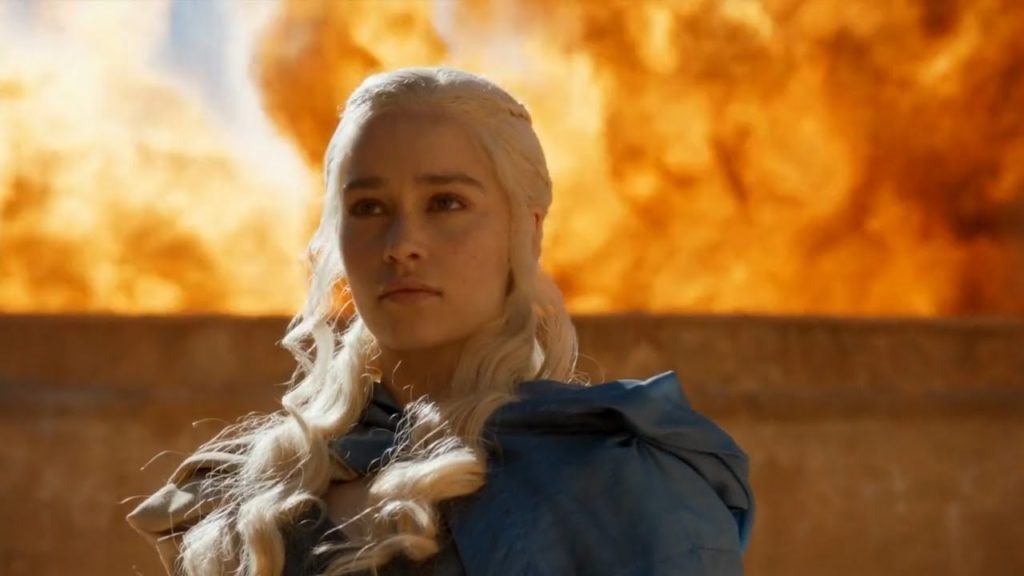 She’s only ever shown compassion to those who threw themselves at her feet and worshiped her.

“Daenerys of the House Targaryen, the First of Her Name, The Unburnt, Queen of the Andals, the Rhoynar and the First Men, Queen of Meereen, Khaleesi of the Great Grass Sea, Protector of the Realm, Lady Regent of the Seven Kingdoms, Breaker of Chains and Mother of Dragons.” Daenerys’ title in Game of Thrones has long been a sort of running joke on the series, but speaks volumes about her as a person.

Daenerys has long demonstrated kindness, compassion, and love towards her followers in Essos. She individually cared for the Dothraki who remained after she emerged from the fire. She liberated the Unsullied and Missandei in Astapor and offered them their freedom. She similarly liberated the slave cities of Yunkai and Mereen and famously earned the name of “Mhysa” (Mother) by an adoring, chanting crowd. When she burned the Khals alive in the Temple of the Dosh Khaleen and emerged unburnt, the rest of the khalasar bowed at her feet.

Show Daenerys complete and undying support and she in turn will love you. Those in Essos saw her as not only a queen but a sort of demi-goddess who lifted them out of their previous lives and gave them new meaning and purpose. 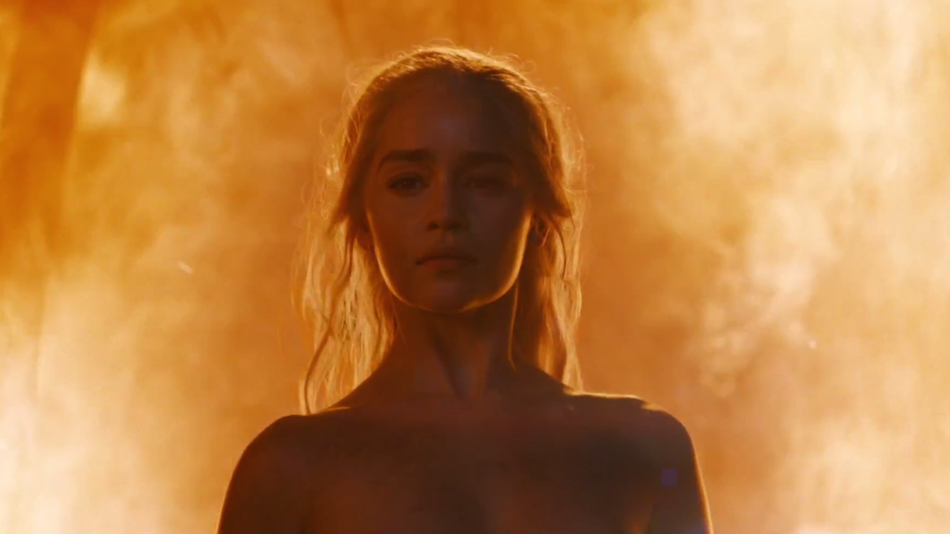 But Westeros is not Essos. Its people were not lifted out of slavery by her hands, she hasn’t freed them from any bonds or misery. As Jorah Mormont told her long ago, the people of Westeros don’t really care who sits on the Iron Throne, “(They) pray for rain, healthy children, and a summer that never ends.”

When Dany arrives in Dragonstone, although she finds the support by several lords and ladies, she never receives the blessings of the people. There aren’t any chanting crowds or kneeling hordes. Indeed, the few times she does get people to kneel is by threatening them with incineration by Drogon, as seen in Season 7’s “The Spoils of War.”

Westeros doesn’t care about her destiny. 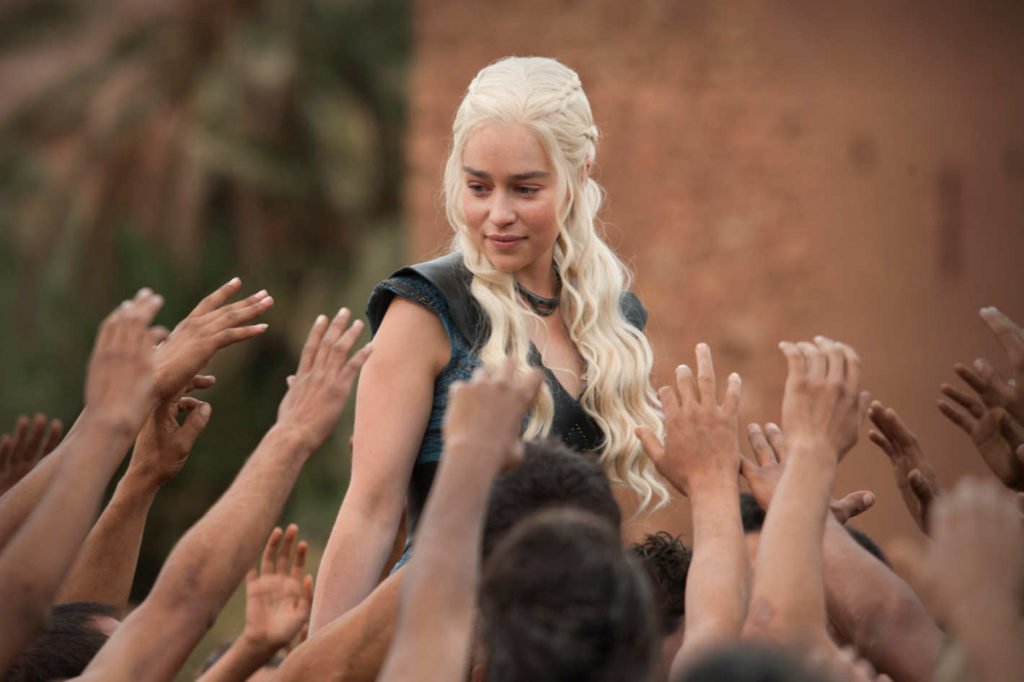 Daenerys has only been as good as her advisors.

Over the past several seasons, Daenerys has had a super team of advisers counseling her. Each one has brought a different expertise to the table and helped the Mother of Dragons see things from a different point of view. Time and time again, her rash actions have been tempered by her team. Yet, as we’ve seen most recently with Tyrion, they don’t always offer the best council, and she’s instead relied on her own decisions, usually with great results.

Jorah and Missandei’s deaths eliminated her two dearest friends and advisers from her roster. Jorah would never have advocated the burning of King’s Landing and Missandei, though the most steadfast and loyal of her following, would have likely emphasized the lives of the civilian population.

Tyrion’s made too many mistakes and has too close of a relationship with Daenerys’ enemies. She’s fully unchained from her history of outside restraint, and we’re just now seeing how deadly that can be.

While Daenerys has showered her devoted followers with love, she similarly given both fire and blood to those don’t accept her absolute rule. And sure, many of those on the receiving end of Drogon’s fire probably deserved it. The slave master of Yunkai who kept insulting her in Valyrian, the warlock from the House of the Undying, the khals who threatened her in the Temple of the Dosh Khaleen, and many others.

Yet, she crucified all the former masters of Mereen for the actions of a few, a stunt that shocked many. She burned Randall and Dickon Tarly alive for staying loyal to the Crown, which seemed rather extreme. She’s clashed with Sansa in Winterfell after very reasonable concerns were brought up by Sansa and made veiled threats to Jon about Sansa’s life when she didn’t get her way.

The tipping points in all of this were Missandei’s execution and Jon’s rebuke of her love. Up to now,  Daenerys has lost her entire foundation for being in Westeros. The people don’t love her, she no longer holds a good claim to the Iron Throne because of Jon’s reveal, her two trusted friends are gone, her armies are depleted and most of her dragons dead, she faces a cunning opponent who outnumbers her, and Jon Snow, one person she’s desired affection and loyalty from, just betrayed her trust. All those mixed together created the recipe for Westeros’ new Mad Queen. 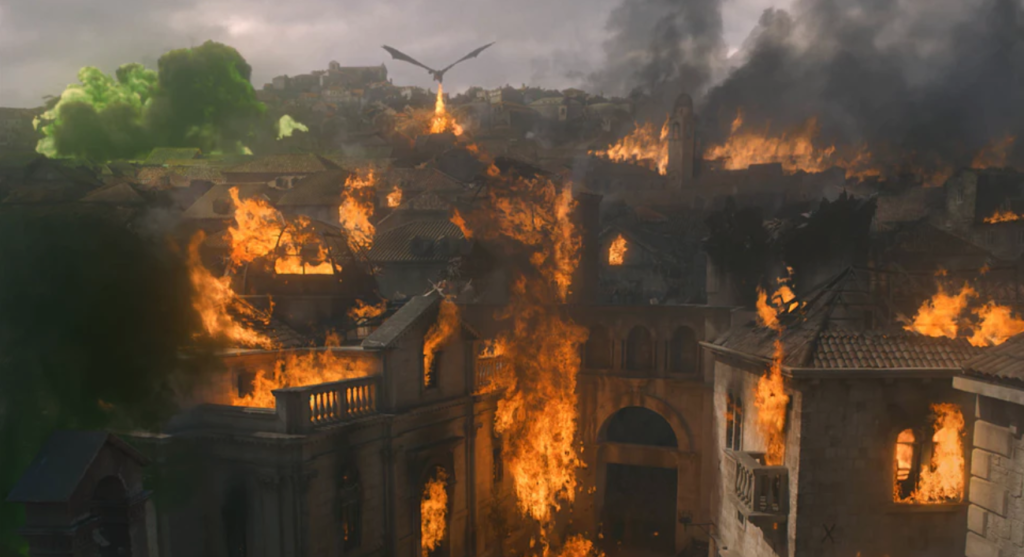 Still, all of this would have been better communicated with more time.

The story of a once-protagonist turning into an unrecognizable villain has long been a story staple. Darth Vader, Michael Corleone, Walter White. It isn’t a new phenomenon and Daenerys certainly won’t be the last “chosen one” to turn her back on everything that made her loved.

However, if we look at just this season, Daenerys’ turn to the dark side seemed to come on a heel-turn. We’ve spent a season and a half of her in Westeros, teamed up with other characters that we loved and thus granted her points by association. A six-episode series finale never seemed like a lot of time to begin with, and to get Daenerys from actively saving the realm from the undead to roasting innocents to a crisp needed more episodes in between to further develop what should have been a slower descent into tyranny.

I’m content with Daenerys’ long-gestating “twist” in Game of Thrones, I’m just not as pleased with the pace it suddenly took to make that turn.

Also, Sansa Stark is the rightful Queen of the Seven Kingdoms.