Did Disney steal the concept of The Lion King from a 1960s Japanese anime show?

That question has haunted the franchise ever since the cartoon movie’s 1994 release. Now, with the live-action remake of The Lion King still in theatres, fans are revisiting the controversy—and providing compelling visual evidence of Disney’s duplicity.

YouTuber Alli Kat has posted a video of all the visual similarities between The Lion King and Osamu Tezuka’s Kimba the White Lion:

The controversy first began soon after The Lion King movie hit the big screen and people began noticing similarities between this “original” Disney movie and a 1965 anime series Kimba the White Lion.

Kimba the White Lion follows the story of Kimba, a cub born on a ship after his father is killed and his mother trapped by hunters. A storm destroys the ship and kills all on board—except Kimba. Alone, he is forced to try and make his way in a strange, new land. Over the course of the show, Kimba has all sorts of adventures with his misfit jungle friends as he learns to become a leader, like his father. 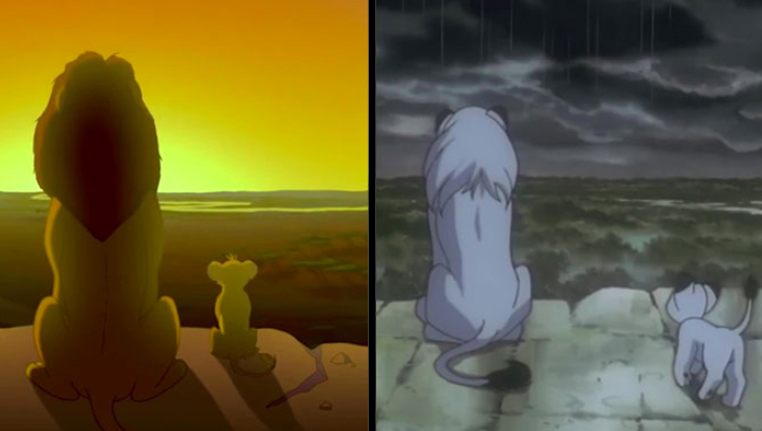 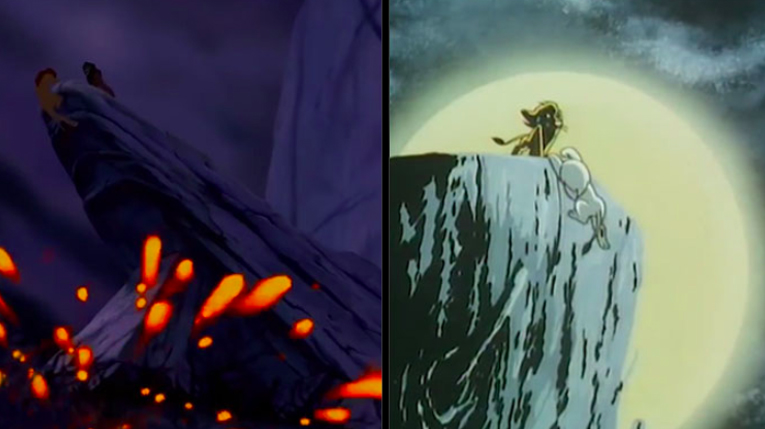 Kimba the White Lion was based on a manga of the same name by Osamu Tezuka and was first serialized in Manga Shōnen magazine. The show ran on Japanese television from 1965 to 1967 and was also shown in America.

Following The Little Mermaid (1989), Beauty and the Beast (1991), and Aladdin (1992), The Lion King was marketed aggressively as Disney’s first feature that wasn’t wholly original — not based on a fairy tale or folklore.

However, viewers have pointed out a shocking amount of similarities between Kimba the White Lion and The Lion King that force fans to consider the possibility that The Lion King is not as original as Disney claims. 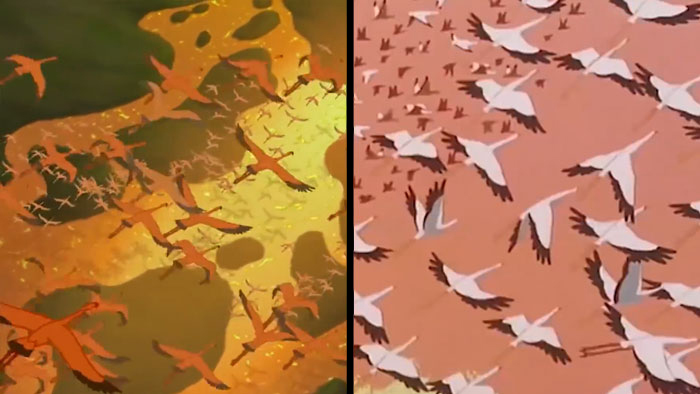 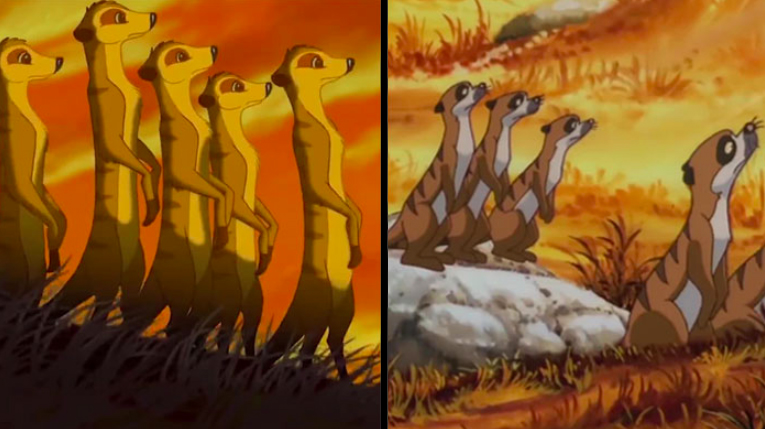 Some of the similarities include the image of Simba and Mufasa atop Pride Rock, the image of Simba looking up at clouds in the shape of Mufasa, evil lions as the primary antagonist, wise baboons who help guide Simba to his purpose, and humorous birds. There are also hyenas and warthogs as characters as well as similar plot points, most obviously Simba’s quest to take his dead father’s place as ruler. 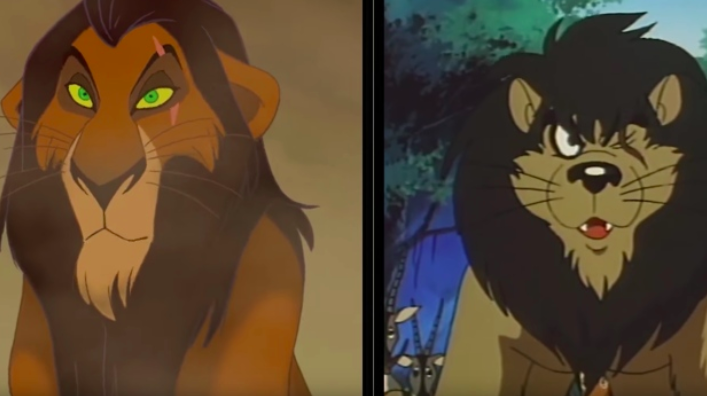 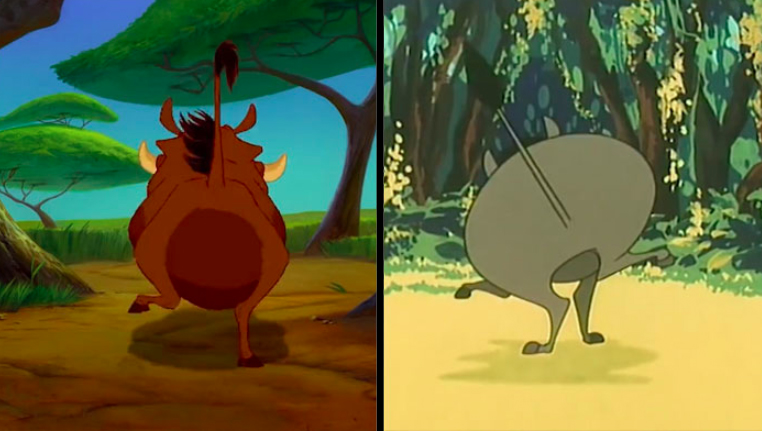 “I can say there is absolutely no inspiration from Kimba,” Disney animator Tom Sito told HuffPost Entertainment back in 2015.

“I mean, the artists working on the film, if they grew up in the 60s, they probably saw Kimba. I mean, I watched Kimba when I was a kid in the 60s, and I think in the recesses of my memory, we’re aware of it but I don’t think anybody consciously thought, ‘Let’s rip off Kimba.” 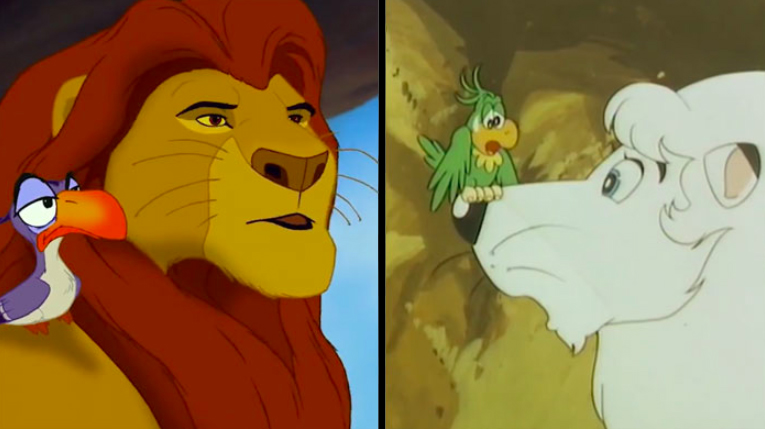 Co-director of The Lion King Rob Minkoff also rebuffed accusations of plagiarism, saying it’s “not unusual to have characters like a baboon, a bird or hyenas” in a story set in Africa. Similarly, producer Charlie Fink maintains that The Lion King “was based on ‘Bambi’ with a touch of ‘Hamlet,’ but at the same time it was totally original and internal to Disney.” 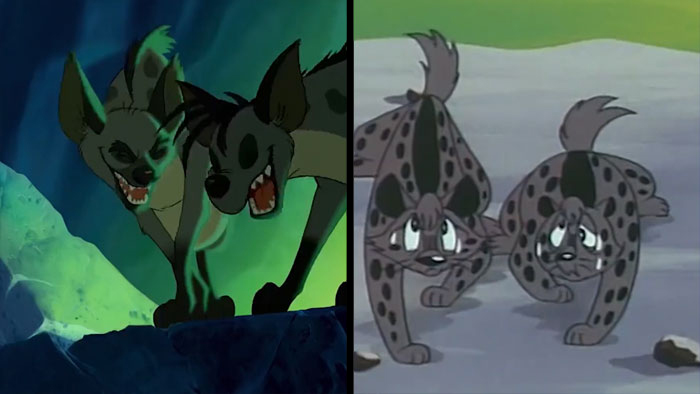 Georgetown Law professor Madhavi Sunder, who wrote about The Lion King and Kimba controversy in her book From Goods to a Good Life: Intellectual Property and Global Justice, told The Hollywood Reporter, “For copyright infringement, we look at a few different things. We look at similarities in terms of the storyline, the plot and the characters; the more similar the second-comer is to the original details of the storyline or plot or particular character personalities and depictions, then we start to cross over into infringement.”

“In addition, in the case of the animation here, the strongest evidence is that the actual drawings depicting several scenes are strikingly similar between Kimba and The Lion King.” 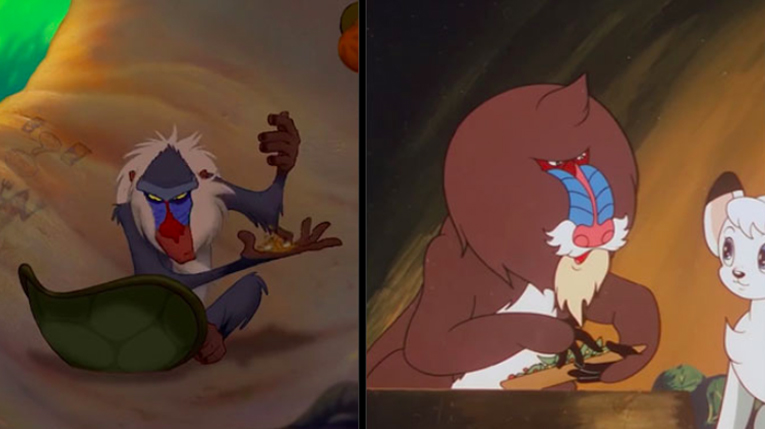 The Lion King is one of Disney’s most beloved films, but it’s also a massive moneymaker. It’s made Disney billions of dollars. And, as Kayleigh Donaldson writes in Screen Rant, “In the current age of media dominance, wherein live-action remakes of those classic animated properties rule the roost and have redefined their brand, those questions of originality, influence, and possible plagiarism cannot help but appear once more.” 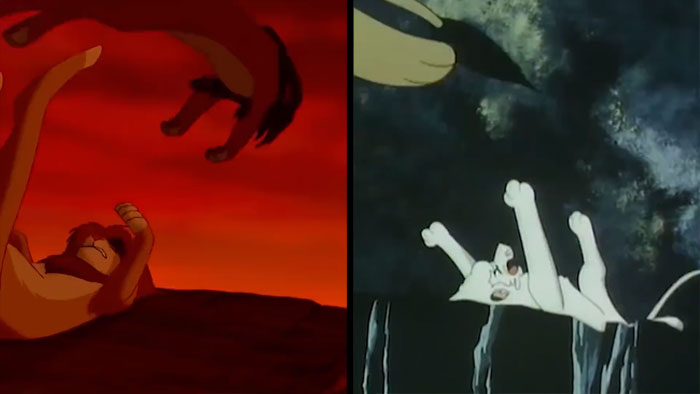 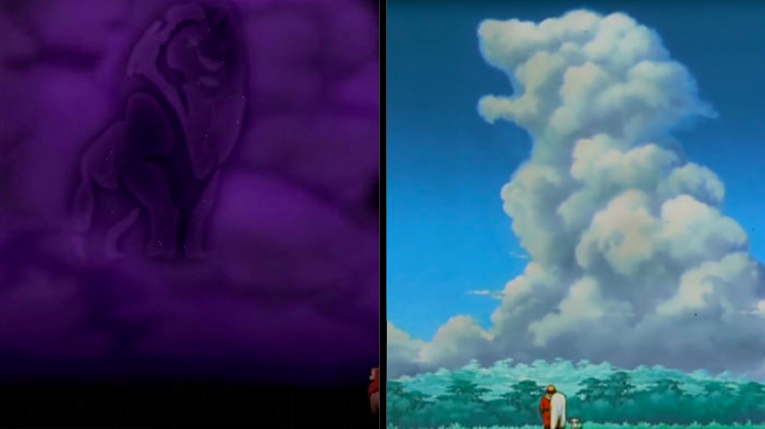 Are the similarities between The Lion King and Kimba the White Lion simply a coincidence?

Or is Disney refusing to admit the role Kimba played in their creation of the film?