A Twitter user is getting dragged after sharing a story about going into a gender-neutral bathroom and having a man walk into it. She was horrified.

Most people who enter a gender-neutral bathroom would probably assume they might see someone of a different gender, but she claims to have been surprised. In fact, she says there were two men, one who entered the bathroom to use it as the facilities manager intended and another who waited outside until she left.

She condemns the first man and applauds the second: 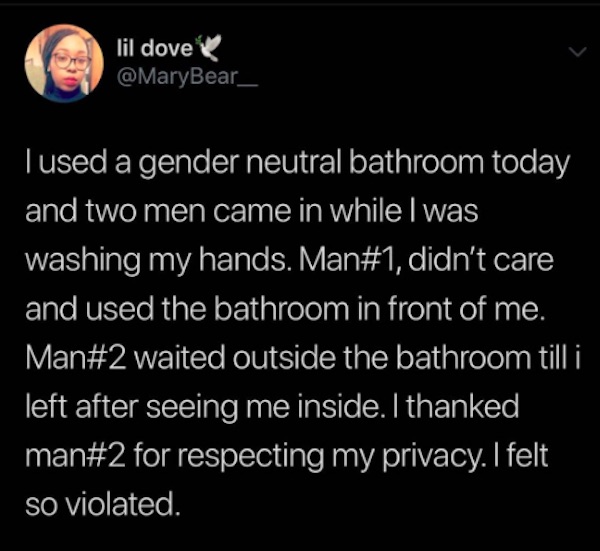 The experience left @MaryBear_ feeling violated, which had Twitter asking: why? What did you expect?

She has since deleted the tweet and subsequent tweets explaining her reasoning, probably because she’s tired of everyone calling her a dumbass. But in some of them, screen captured by Rear Front, it sounds like the bathroom was a single stall space without a lock, and the guy literally peed standing right next to her: 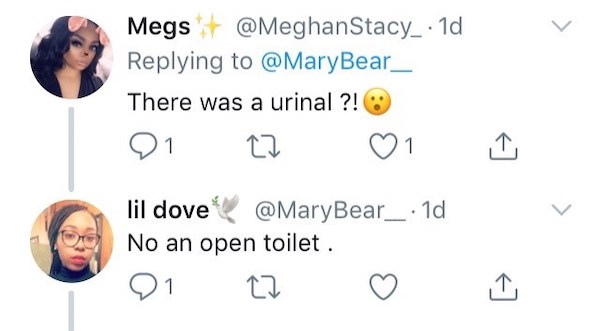 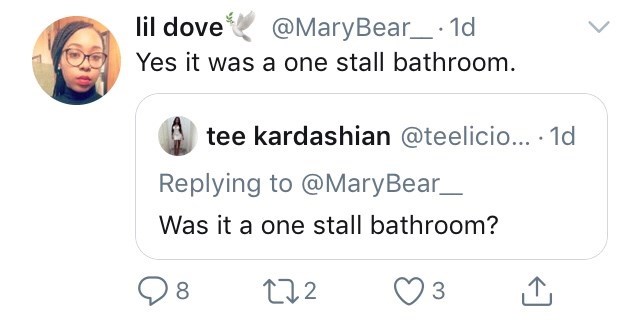 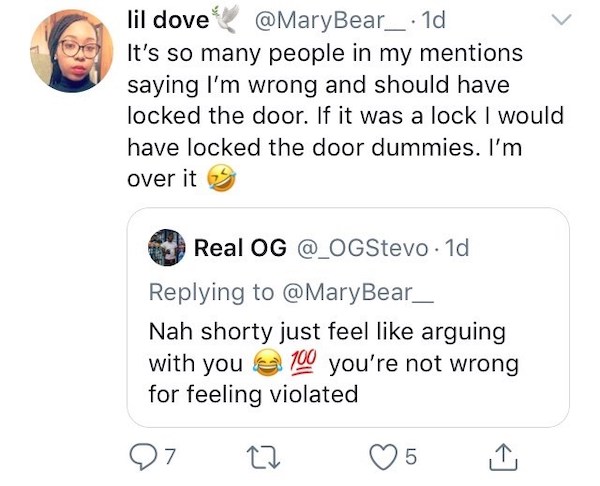 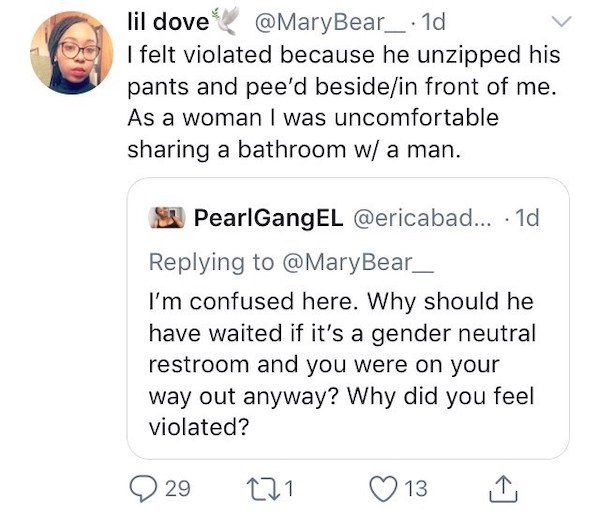 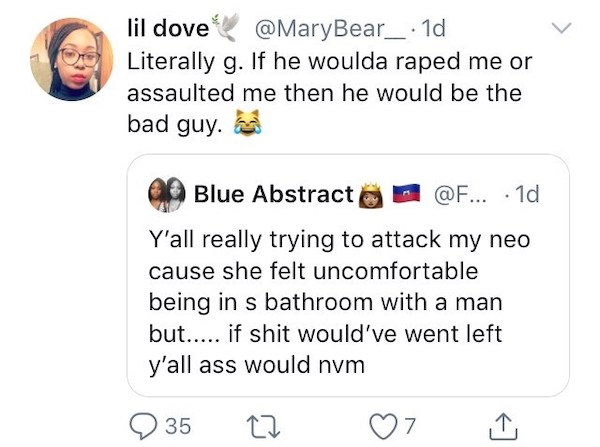 If it was a one-stall bathroom, then anybody barging in to take a piss in front of @MaryBear_ would have been being pretty rude, gender neutral or no. The guy waiting outside wasn’t so much being respectful of her gender, he was just waiting his turn!

I’m picturing one of those restrooms where the toilet is in a stall, but the sink is outside it. In that case, while he was rushing a bit, the man coming in wasn’t really defying laws of common decency. The whole thing is hard to suss out, honestly. We need floor plans for this toilet or something.

People are focusing on @MaryBear_’s confusing story, especially the “gender neutral” part of her story:

Her whole story is bull, she was trying to start a discussion when she should complain about a missing lock. i mean she thanked a man for respecting her when he was only waiting in line, lol. she got her attention and a few laughs

I’m confused here. Why should he have waited if it’s a gender neutral restroom and you were on your way out anyway? Why did you feel violated?

*Someone of the opposite gender walks in to use the bathroom* pic.twitter.com/RUlCyQ9liI

Quite confused… But okay. pic.twitter.com/RTeASes0e0

Part of the reason so many people were attracted to the tweet was that a screenshot of it made it to the first page of Reddit a few days ago after it was posted to r/MurderedByWords, specifically this response to it: 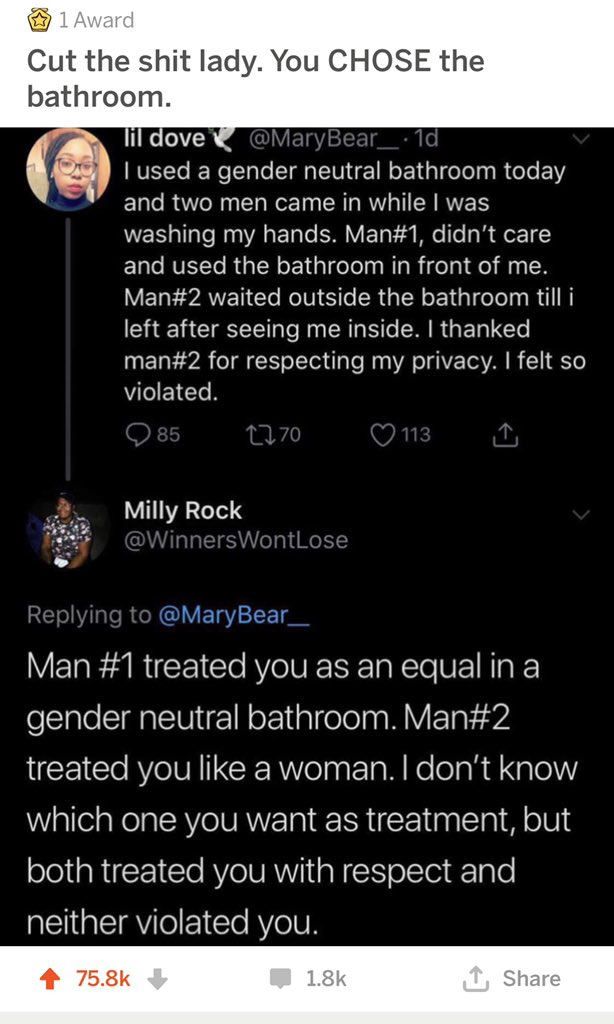 Okay, maybe she wasn’t violated, but they should still really check the lock on that door.