In what might be the most adorable tweet ever, a woman named Steph Veerman shared a story about her dad—hampster foster parent, hardworking lawyer, and all-around awesome person.

In a series of super heartwarming tweets, we find that out Steph had a hamster which, when she went back to college, had to stay behind with her dad. And the hamster got attached (aw).

my dad took over my hamster once i went back to college and ended up getting really attached and today he escaped and this goes to prove how truly pure my father is pic.twitter.com/JmTJl6jFBI

But the hamster got LOST—and her dad was beside himself.

The conversation between Steph and her dad is literally nothing short precious. Steph’s dad can’t stop going on and on about the missing hamster. You can literally feel his grief and regret, and honestly, it kind of makes your heart explode.

“You are a lawyer and he is a hamster” might be the most intense sentence ever spoken, right? (Although, let’s be honest — aren’t animals better than the best of us? We think yes). 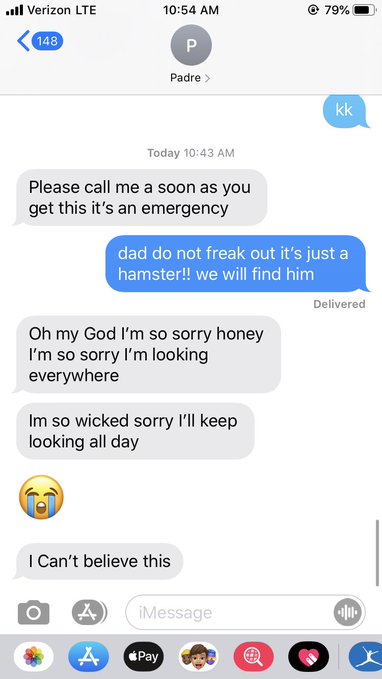 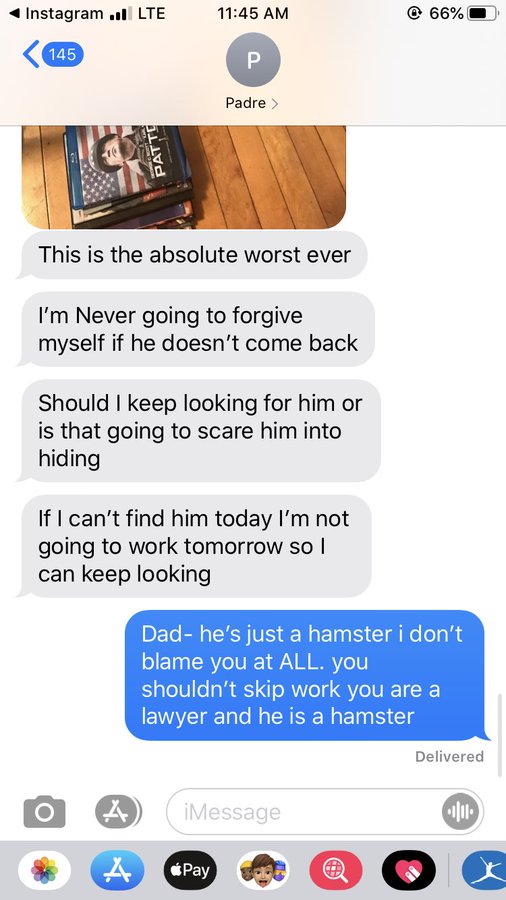 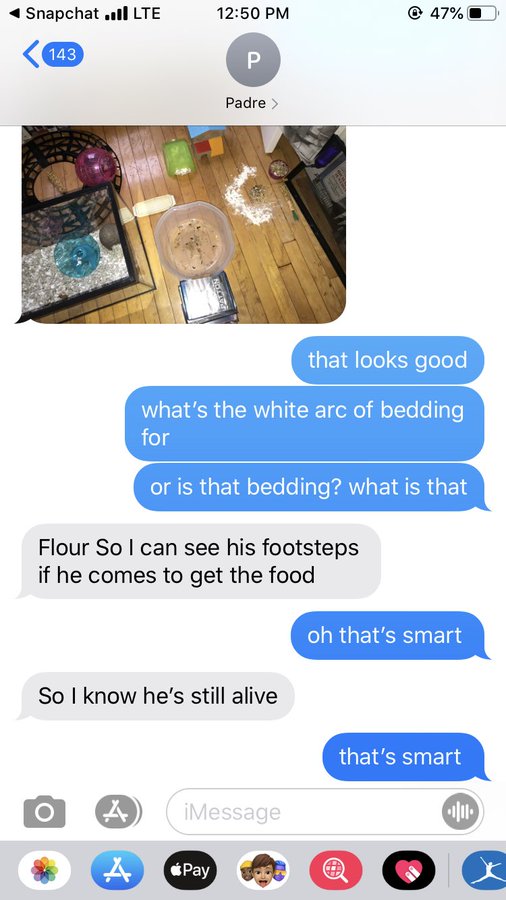 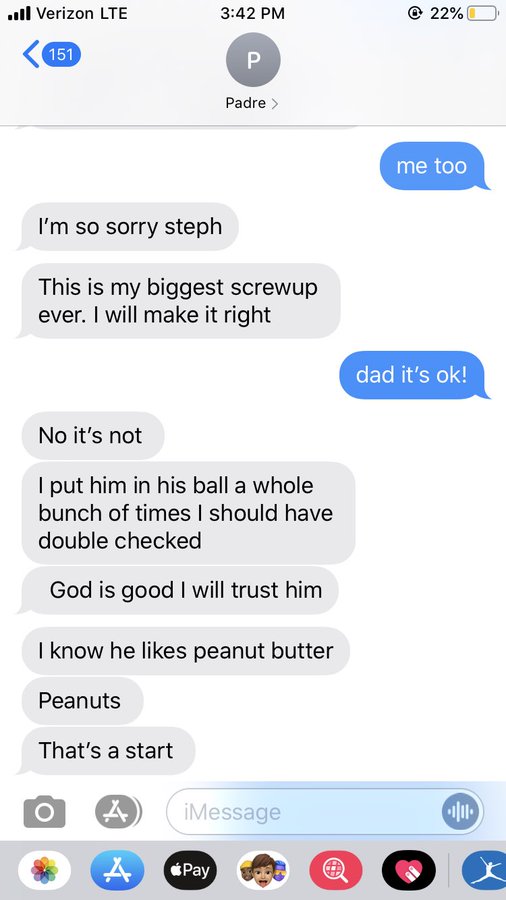 Clearly, Steph’s dad went above and beyond to find his daughter’s missing hamster — which was the right thing to do! Even hamsters deserve love. So, her dad put out flour so he could detect the little cutie’s footsteps if he came out for food. Brilliant, right? 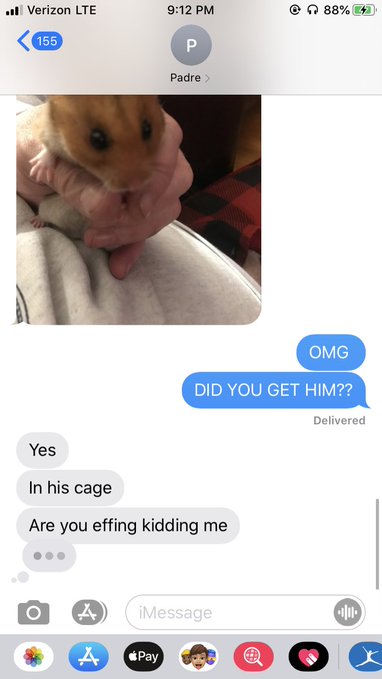 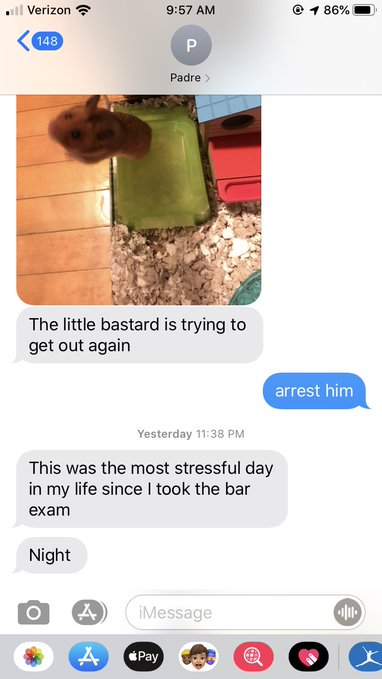 The good news came right on the heels of Steph’s bar exam (like father, like daughter!), which meant she probably had a lot of stress between the test and…her missing hamster. Luckily, her dad found the little guy!

“Arrest him,” Steph joked with her dad. But seriously, look at this sweet little furball, whose name is Chester. It’s clear that Steph loves her hamster (for anyone wondering, no, she’s not heartless) and was trying to spare her dad a freak-out.

for all asking, this is Chester!! He’s the light of my life and not “just a hamster,” however, my dad was having a panic attack so i tried to calm him down by saying that!! pic.twitter.com/tcesO2oCxk

Everyone on the Internet was SO happy, including Steph’s dad, who did his HAIR for a picture:

told him he had a lot of people on twitter who loved him so he did his hair and posed for this pic i’m dead i love him so much pic.twitter.com/urR2WMmeDE

Life is good sometimes, folks. This holiday season, be sure to keep your furry ones a little closer…and, you know, look for them if they get lost!