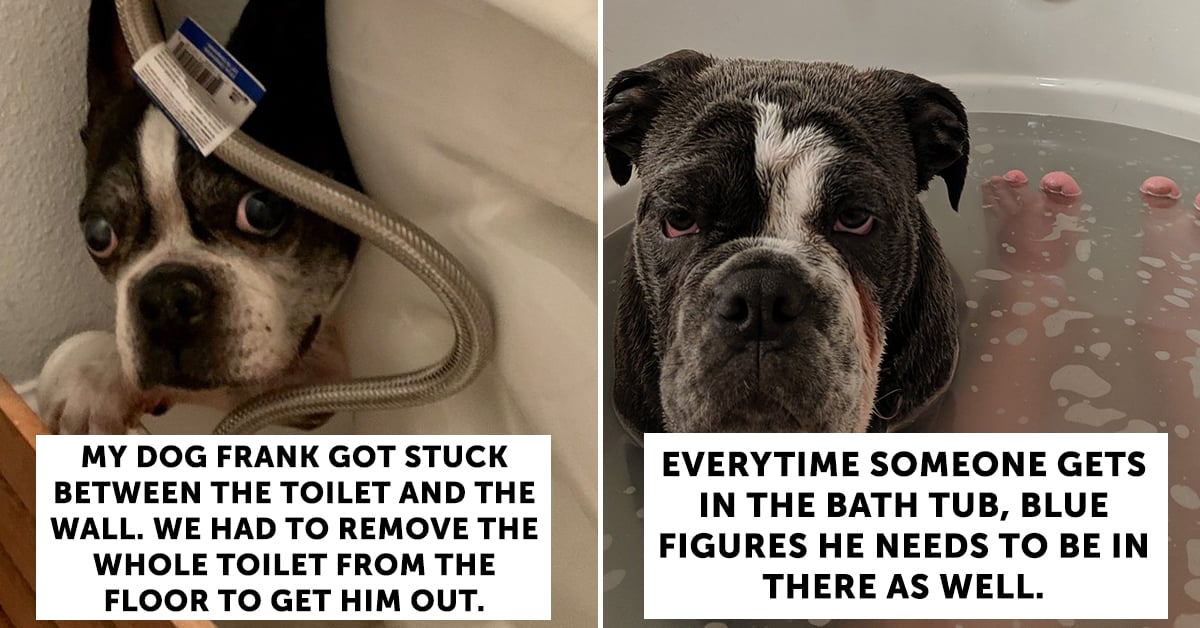 What would we do without dogs? They’re friendly, loyal, and great companions. And some of them are stupid as hell, which makes them even better.

Twitter user @edsbs didn’t want stories about the smart, talented and well-trained dogs. They wanted to hear about the “dumbest dog.”

Please tell me about your dumbest dog

They shared their own story of the stupidest dog they ever had, and it was an absolute delight:

but the best part: During click-training Gus would just look at the trainer doing nothing and panting while the other dog, a brilliant Doberman-Redbone mix, was in the far corner DOING EVERY MOVE SHE ASKED LIKE SHE WAS MAKING FUN OF GUS

But every story of a dumb dog topped it. There’s something about dogs and their sweet stupidity that really brightens the day. Read through and smile at all the stupid destructive stuff dogs do—because we keep loving them anyway.

licks our coffee table nonstop to the point where I had to try it and see what it tasted like pic.twitter.com/zu2zsTeCts

he would eat cat poop then sit up very straight on the couch and turbobarf it out in a spray pattern akin to a large sprinkler pic.twitter.com/1sDWRI3e4i

He looks like he doesn’t even want to be there but is obligated.

don’t worry I have more pic.twitter.com/BaqiPlFdAH

My dog Frank got stuck between the toilet and the wall. We had to remove the whole toilet from the floor to get him out. pic.twitter.com/k587Eqydxn

The Late Great Dino. Could sleep absolutely anywhere in any position. No nap could be denied. pic.twitter.com/Yv3eGc5qI8

these are all from different days and there are many more pic.twitter.com/Y7zKd1npZw

Snoopy was expelled from 4H dog obedience training after he dragged my mother around a football field and broke my brother’s wrist. Mom begged for reinstatement, they agreed if another child would try to train him. He made it all the way to the dog show at the fair, placed last.