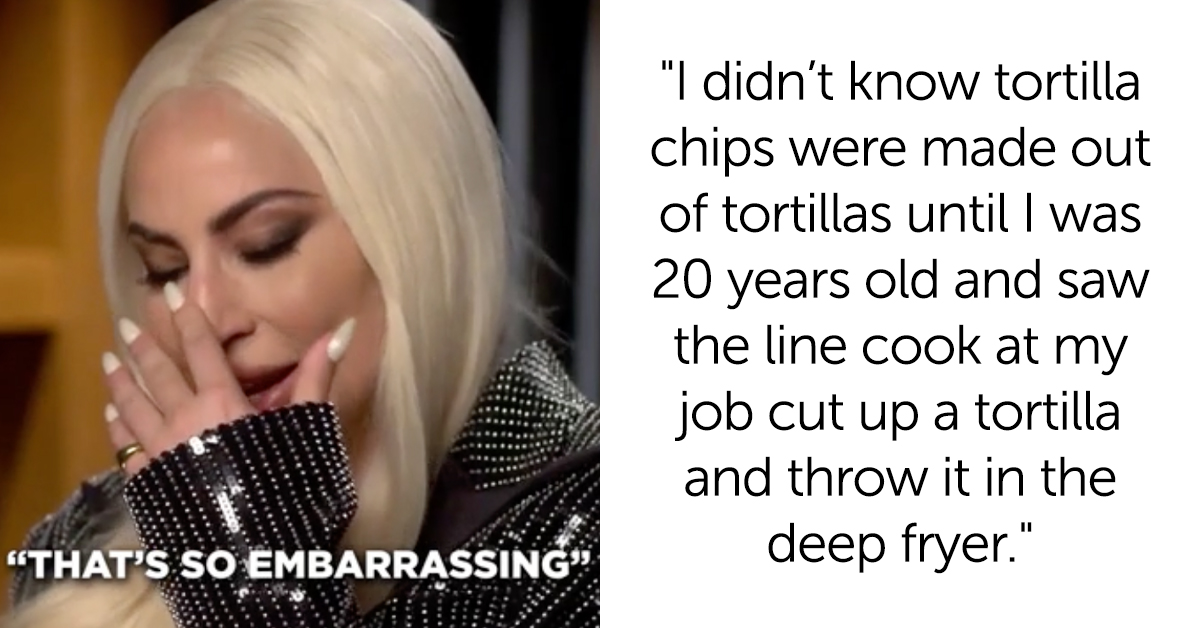 Many people have experienced the embarrassment of realizing something they should have known earlier in life. From a basic life skill, historical fact, or a common social norm, these late-in-life revelations can range from amusing to mortifying.

Regardless of how it is perceived, these moments can be valuable learning experiences and serve as a reminder that it’s never too late to learn something new.

So maybe you can find a few stellar bits of advice from u/Curious-2577‘s question, “What’s something you learned “embarrassingly late” in life?”

I’m from Mississippi and until I was 18 I thought that everyone else in the country counted with their own state. Ie. Instead of 1 Mississippi, 2 Mississippi they would count 1 Nevada, 2 Nevada, or 1 Maryland, 2 Maryland etc.

My Dad was fond of framing questions to my brother and/or me regarding just what on Earth we were doing (up to age 10 or so, when it no longer seemed necessary) using the term pray tell, as in “what are you doing with the tools, pray tell?” I presumed a “pratel” was a gentle equivalent to “goofball” or “dummy.” One day I corrected my brother about some misconception he had, addressing him as “you pratel!”
“What did you call him?” asked Dad, who happened to be nearby.
“A pratel. You call us that all the time.”
“I do?!”
“Yeah, you say ‘what is that supposed to be, pratel?'” I’d never seen him laugh through a facepalm before.

I thought sedan was a car brand until I was 22.

Why I was really young my sister told me she threw her guts up. So I was really afraid of vomiting my entire insides up for years.

I didn’t know tortilla chips were made out of tortillas until I was 20 years old and saw the line cook at my job cut up a tortilla and throw it in the deep fryer.

I thought ponies were just baby horses until the age of 23.

Until I was in school for environmental studies, I thought “mourning dove” was “morning dove.” I usually heard them calling in the mornings, so “morning” made sense to me.

Also, when I was 15 I learned that a woman’s eggs were not the same size as chicken eggs. I thought periods were so bloody because the chicken-sized egg was stretching them out.

That players on American sports teams do not all originally come from the area where their team is from.

That a prostitute doesn’t actually sell a piece of their body.

Backstory: my mom and I were watching the scene from Titanic where Jack tells Rose that he painted a one-legged prostitute. I asked my mom what a prostitute was and she told me “It’s someone who sells their body for money.” I could not fathom why someone would sell their leg for like $30.

That all the places in France were not named after wines.

I was maybe 17 or 18 before learning that it was Timbuktu, not Timbuk 2. I thought there was an original Timbuk out there somewhere

I live near the Hospital for Joint Diseases….when I was a kid I thought it was a special hospital for people who had two different diseases at the same time.

15. Not what you think it means

When I was a teenager, I posted a status online that said I was “jacking off”.

I thought that meant you were just bored and wasting time…until my older sister messaged me, horrified.

Coca and cocoa are two different plants, not one magical organism lol

That a coma was “A” coma. Until I was probably 19~ I thought it was acoma. I thought you fell into acoma.

I suspected it was the same with lots of people but I found out it wasn’t gorilla warfare but guerrilla warfare maybe in my twenties.

The disappoints of growing up… they just keep coming.

That Bonsai are not a species of tree, but a way to grow them. Any tree can be a bonsai.

That pineapples grow on the ground, and not in a tree