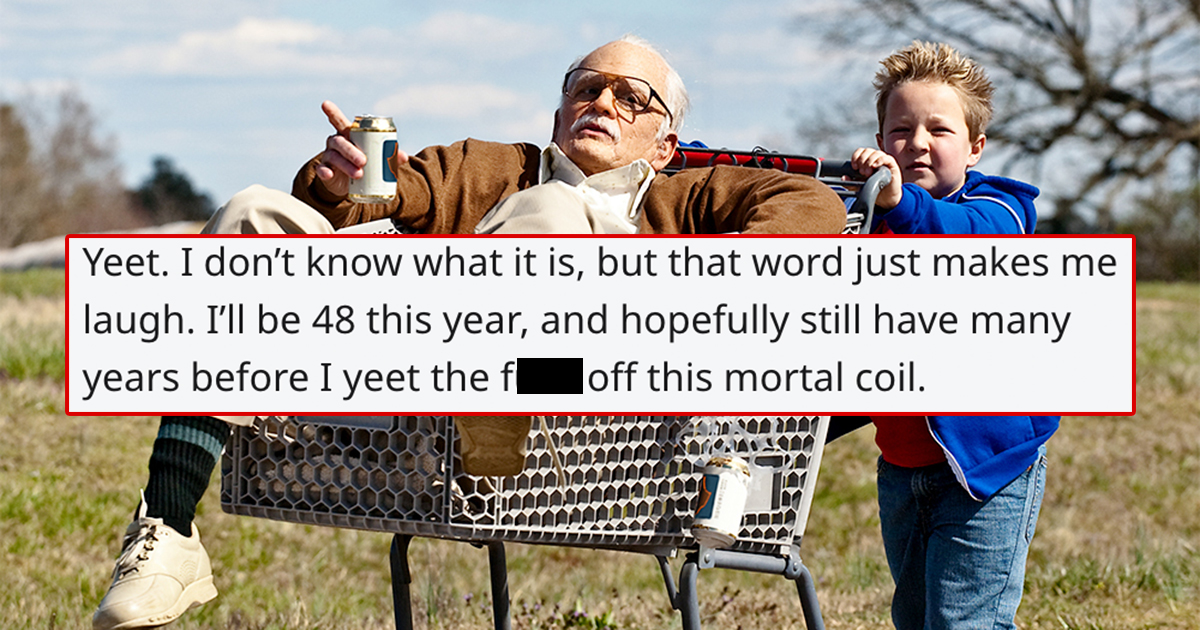 We often hear baby boomers talk about how spoiled and entitled millennials are and how they ruin everything that’s good in the world. Of course, not every member of the older generation feels this way. In fact, there are an abundance of qualities younger people possess that they applaud and actually participate in themselves.

Recently, Reddit asked its older users what trending things among younger people they actually enjoy and the responses are almost too wholesome to handle.

61 years old here, and I love my video games as much as younger people.

I’m 62, and I’m impressed that boys and girls in junior high and high school actually are friends with each other. I even saw the kids playing a quick pickup game of touch football – boys and girls – at the middle school while waiting for the bus to come over from the elementary school. Never would have happened in my generation.

Yeet. I don’t know what it is, but that word just makes me laugh. I’ll be 48 this year, and hopefully still have many years before I yeet the f**k off this mortal coil.

My kids laugh because I like rap as much as they do.

They do get tired of me telling them the original sampled sources and musical roots.

The phrase “No Worries” after you apologize for a delay holding someone up. Has a much warmer feel than any other equivalent.

Some of the managers are younger than me now and they do not care what anyone wears to work.

Putting more of a priority on personal life and goals than on “career”. The realization that devotion to employer is a dead-end is one that not so many of my fellow Gen-Xers have cottoned to.

I’m 48 and I love memes. I’m facebook friends with many of my college students and I’m sometimes in tears laughing over the memes they post. I love the levels of cultural knowledge required to “get” them. Even at 48, I still feel rebelliously like I’m getting something that my parents don’t get.

9. Kindness and understanding for all.

How kind and understanding they are to kids who are different.

My first grader just went to a party for a kid with Downs this last weekend. He invited his whole class and at least 2/3 of them showed up to celebrate with him. Warmed my heart.

Dabbing. I dab the f**k out of my wife and kids. I open my arms and walk to them like I’m going to hug them, then I dab away.

You guys are tolerant as hell. I work in a school and kids can wear nerdy shit and not wonder who they’re gonna have to fight first.

Back in the 90’s I smuggled my star wars books into the cafeteria like I was carrying enigma machine codes.

12. Accepting everyone as they are.

I was a teen when “gay” was still an insult.

Kids these days are so friggen cool.

I am amazed that you all can play game consoles with what seems like twenty different god damned buttons on the controller. And use them all almost simultaneously!

I like that they are less into stuff and more into experiences.

They adopt pets rather than buying the designer ones.

Girls complimenting each other all the time. It’s so supportive and sweet and just did not happen at all back in the 90s when I was a teenager. I know there’s still cattiness but friends seem to really build each other up and I love that.

18. Taking better care of the planet.

19. And supporting each other despite differences.

I’m with you on this. My oldest kid graduated from a really rural high school, about a decade ago. As in this place had a “drive your tractor to school day”, every year. He was one of 800 kids who got diplomas that year. One kid was transitioning from male. He proudly walked across the stage to pickup the diploma in a very sexy blue dress and stilettos.

The administration was neither cooperative, nor pleased. He got a standing ovation and 800 kids went wild. I was blown away, given that in my high school in the eighties, that kid would of been a target 24/7, and suffer the wrath of countless assholes.

My kid was a big macho straight guy, who spent all of his time doing all the normal shit you would expect of a rural kid. I asked him what his take was on the deal? He replied that the dress wearer was a “cool dude” who was strongly supported by most kids. I was proud of my boy, and proud of the whole damn crowd.