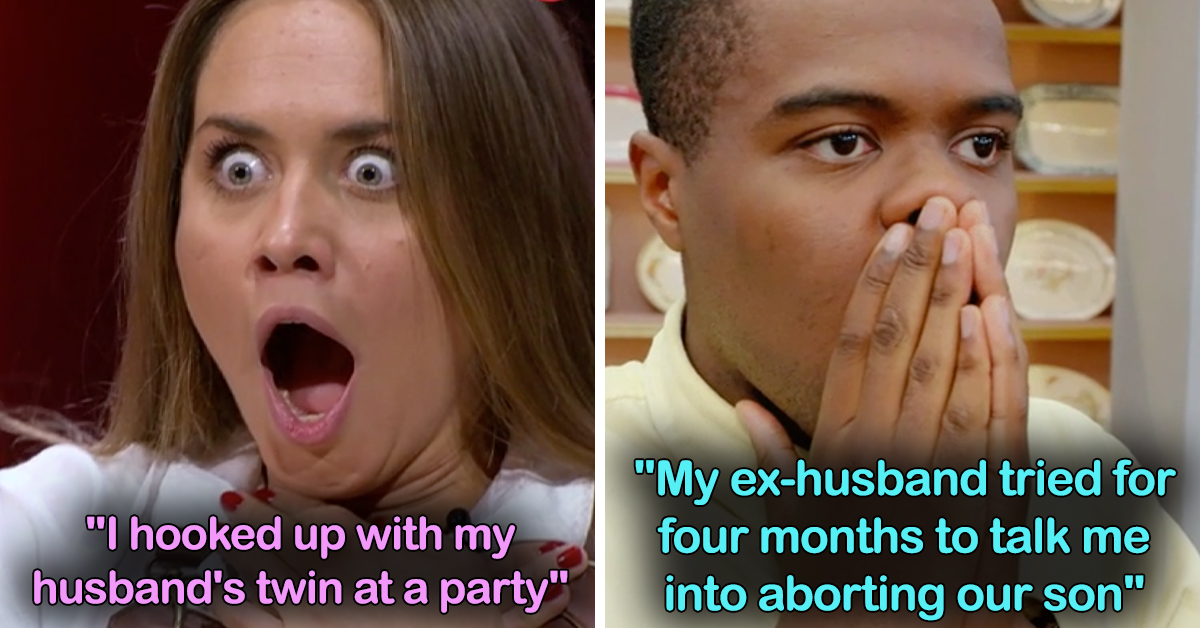 Being a parent means making sure your children grow up better than you did. You want them to stay away from the things that hurt you and make sure they’re on a path that will take them somewhere positive.

Some of the responses from this Reddit thread from u/luckyshoelace94 were pretty shocking. Recently, the BuzzFeed Community shared even more dark secrets that they’ve kept from their children. Here are some of the most shocking.

1. Cheated and lied with two families

“My ex-husband cheated on me with another woman and didn’t even tell her that my son and I existed. He started two other families with this same method of cheating and lying. My son knows about his siblings — but not any of the details as to how he got them.”

“He also doesn’t know that his dad asked me if he could sign away his parental rights to our son because he doesn’t want to be his father anymore.” —violetjackalope

“Back when I was still dating my ex, he found out that his parents conceived him and his sisters through donated sperm, so he was not biologically related to his parents. He was 27 then and is in his thirties now.”

“He told his sisters but (as far as I know) never his parents, as it doesn’t really change anything.” —cookiecutterssssss

3. He stole and sold items from museums

“My kids don’t know the truth about their grandpa. He was a nice man, but what it really means in his obituary about ‘selling items he collected’ is that he stole from many small museums and sold the items on the black market to fund his meth addiction.” —u/NotLandoCalrissian

“My mom kept a daughter from us her whole life. We found out after she passed away.” —46, Florida

5. Arranged marriage and had a daughter

“That my daughter’s father was in an arranged marriage that I found out about after I was pregnant. His wife was also pregnant. My daughter has two half-siblings who she doesn’t know yet, her brother is only six months older than her.” “My daughter is 5.” —u/Bunnybutt406

6. Tried to abort their son

“My ex-husband tried for four months to talk me into aborting our son. I remember one time, sitting on my toilet, promising my baby that he wasn’t going anywhere. My son would be devastated to know that if I had made his dad happy at the time, he wouldn’t exist.” “I dislike my ex husband, but I will never allow my dislike to destroy my son. I’ll take this to my grave.” —48, Oklahoma

“My kids have no idea that their dad has ever served time behind bars. He was in prison for several years before I knew him.”

“It’s been a long time since his last incarceration, but at the time, he had me tell the kids he was away for work. They will still remind us from time to time, ‘Remember when daddy was gone for two weeks at work? I don’t want him to have that job again.'” —36, Colorado

8. Dad locked us out

“My daughter, super young, thought we were going on a night walk to spot rare birds. In reality, her dad had locked us out at 11 p.m. because he and I had a fight, and he told me to take her ’cause he wasn’t going to deal with a crying baby all night. I had to walk four miles to the only person I knew in the town, who was his friend.”

“Thankfully when we got there, my friend took us in and lost it at my (now) ex. I will never tell her why we were really out that late. She doesn’t need that; she loves her dad, even if i know he doesn’t deserve it.” —beechase

“Not me, but my dad. I found out last year that a couple years ago, he ran up over $4,000 in my sister’s name on a credit card she had trusted him with.”

“I don’t know the circumstances or the reason she left him her card, but they had a huge falling out about it and not one cent had been paid at the time I’d found out. I still don’t know whether anything has been paid on it or not.” —aries97

“On his deathbed, my grandfather confessed to my mother that he and my grandma only got married because she was pregnant, but the baby died. They got divorced when my mom was still young, but they kept that secret for decades.” “My other grandfather’s 50-year-old secret child showed up at his funeral and upset the hell out of his remaining four siblings when he introduced himself as ‘your brother.’ Don’t f**king lie to your kids. The truth will always out itself.” —loissanborn

“By the time I was 16, I was an alcoholic who did drugs occasionally. Fortunately, I became pregnant at 17, and that was the wake up call I needed. When they put my son in my arms for the first time, I swore to never touch any of that stuff ever again.”

“Twenty-three years later, I have been sober and have an amazing life now. I will go to my grave before my kids find out about any of this.” —42, USA

12. Sleeping with their dad

“I have been sleeping with my kids’ dad (who I divorced four and a half years ago), and they still don’t know.” —47, Utah

“I hooked up with my husband’s twin at a party. I was 18, and he was super drunk, while I had a few drinks. Fast-forward five years, and I meet my now husband and his family. Imagine the look on my face when I see his twin brother.”

“The twin brother doesn’t even know who I was that night, since he was so drunk.” —32, Texas

14. His dad attacked her

“My son was 1 when his alcoholic, drug-addicted, narcissistic, abusive bio dad physically attacked me — that was the last my son saw of his bio dad and half-brother. I got out and haven’t had any contact since. About a year later, I met the man who is now my husband. My son is 5 now and only knows my husband as his dad. He doesn’t remember his bio dad or half-brother.”

“I know one day it will come up, like when he learns about genetics and realizes he’s the only one in the entire family with brown eyes. But for now, this is the man who is raising my son and the only man who has actually been a dad to my son.” —athletegrl16

“That we have no money.” —u/Messisick

“I have not told my daughter, who knows her dad is in prison, why he is there. When she was under a year old, and we were no longer together, her dad shot me and my current boyfriend, whom he killed.”

“She’s 9, and I always felt I wouldn’t keep it a secret. We have always simply said he made bad choices. She does talk to him, and they have a good relationship. I always figured that was ok, and when the truth came out, she could make her own choices. But when is it time?” —45, Michigan

“That the reason they will never meet their grandparents is because they were abusive, and I would never want the same thing to happen to them.” —u/West_Garden

“I’m an addict who has been clean for four years, with a 20-month-old toddler. I dread discussing drug use with him (but will do it anyway, as much as he needs) because I’m very ashamed of some of the things I did while using constantly, yet those things are best mentioned to make my points.”

“Nineteen years ago this month was the last time. I don’t ever want him to think that loving him was not enough to make me want to stay alive. And yes I am in therapy and doing great.” —67, New Jersey