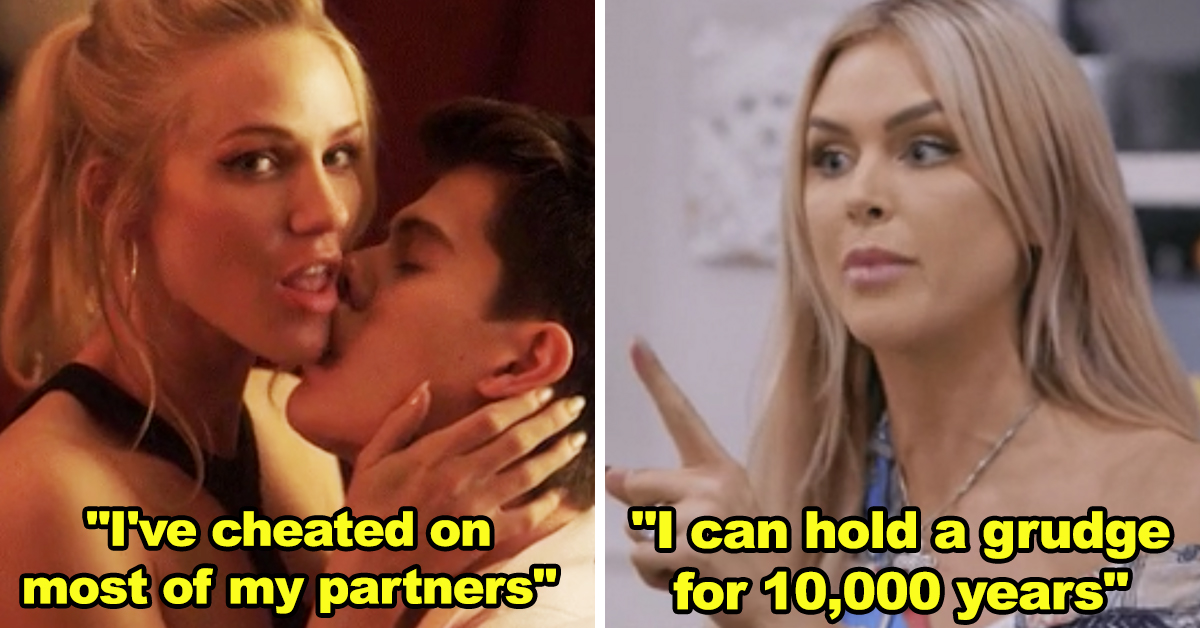 I’m not sure I entirely agree that this may be a gendered kind of reveal, but u/Important-Training86 popped into the Ask Women subreddit to ask about toxic traits posting:

I mean — everyone can have toxic traits, it doesn’t matter if you’re a man or a woman — and I’m sure plenty of men will be nodding along through this list. But hey, maybe I’m wrong! What do you think? Are these women-specific or do they apply to anyone?

Compartmentalizing my emotions until I simply have a random mental breakdown from something as dumb as spilling a drink. It ain’t cute but we’re working on it

Over-giving. I thought it was fine but tiring to do until I read in attachment theory that it’s a trait fearful avoidants have because we can’t express our needs and over-giving is a form of control to give what we would really like someone to do for us. Basically it’s because we avoid expressing our needs. Giving is great, over-giving repeatedly to the extent of building resentment because our efforts aren’t reciprocated, isn’t.

I’m an incorrigible gossip. I can’t help it. I make great efforts to stop, but its the only entertainment I can have 12 hours at work.

I have a tendency to fall into isolation and push everyone away when I’m going through severe depression and anxiety, and therefore neglect my friendships because I’ll be harder to contact and feel so disconnected from everything.

My lack of empathy/general emotion. I tend to think about things really logical and it’s hard for me to have empathy. For example: last week my husband tore his bicep and we found out he has to have surgery, when he told me my first thoughts and responses were did you check that it will be in network for insurance and gosh how much is this going to cost. Rather than “oh darling I’m so sorry to hear that how are you feeling etc” it’s something I’m working on but doesn’t come natural and I tend to hurt peoples feelings without meaning to.

7. THIS IS THE WORST ONE

I cheat at board games!

I’m never content. I can absolutely be happy, but I always want more from myself and the people in my life. It’s not toxic in itself, but my expectations are incredibly high for others and sometimes I think I expect perfection from them which almost always lead to disappointment on my end. This might be more toxic to myself than others, but I know there’s some overflow.

Lack of communication skills / keeping things bottled up. Used to be terrible, but a lot better now!

I get extremely jealous despite having no reason to be and allow it to make me doubt my achievements.

I’m insecure and afraid to be hurt. I have a lot of scars from exes and ex friends so I find it hard to believe that anyone could love me for me And that they’re not just out there to use me for something. I think everyone has an agenda even though I try to believe the best in people. my boyfriend is a wonderful man who shows me every day that he cares about me or he was thinking about me. Just little things that mean the world. But sometimes I can’t help but fear that he’s just trying to get something from me. Even though I don’t believe he is. The patterns I’ve seen of someone using me aren’t there. Hes a saint and patient with me and my fears and he helps me lessen them.

I often forget to sugarcoat things a bit and come off as rude or irritated at people.

I pack my lunch for work knowing damn well I will not be eating it and will still end up spending money on takeout lunch at work.

Most toxic trait I would say is I tend to shut down emotionally when it comes to discussing important things in my relationship. It’s DEFINITELY an inherited defense mechanism from childhood trauma lol. I have a hard time communicating my feelings about things because I was left to manage other people’s feelings and emotions for many years.

Second most toxic trait, I set very high expectations of myself and sometimes it extends to those around me.

My toxic trait is that I am extremely negative and pessimistic. Whenever something happens, the first thing come to my mind is just the most negative things or the worst outcome. It has caused me a lot of unnecessary stress and anxieties. I have been working on this and it is not easy to be always optimistic, because I found myself get disappointed a lot.

I tend to be passive aggressive.

I lack a filter. Overwhelmingly, I’m pretty charismatic, like to make jokes and lighten the mood, and most people dont take issue with it, but due to being antisocial when I was younger, I sometimes forget there’s a line and an appropriate time and place.

I’ve cheated on most of my partners and I’ve slept with quite a few guys who were taken.