HBO’s smash hit series Big Little Lies season 2 is in full swing, and fans are thrilled to see Meryl Streep portray Mary Louise Wright, the mother-in-law of Celeste Wright (Nicole Kidman) on television. While Streep’s performance has been lauded by critics and TV buffs alike, many folks have been anticipating one particular scene.

Last year, photos from the set of Big Little Lies revealed Reese Witherspoon’s character Madeline Mackenzie throwing an ice cream cone at Streep. When season 2, episode 5 aired, fans were really disappointed that the scene had been cut. And who could blame them?

here's an appreciation tweet for the scene where madeline throws an ice cream cone at mary louise because it sadly got cut off from the season #BigLittleLies #bigLittleLies2 pic.twitter.com/BgYyOwMb58 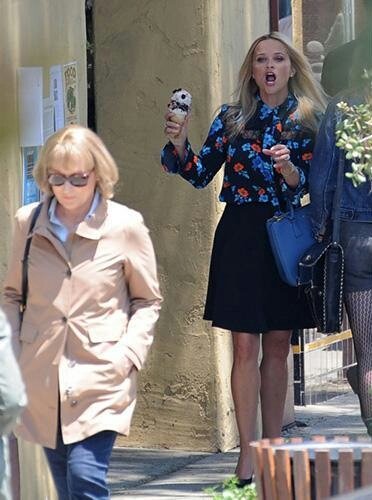 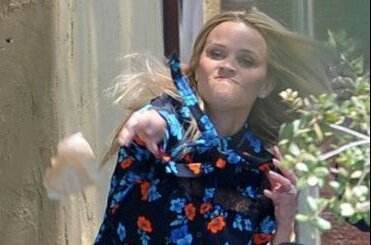 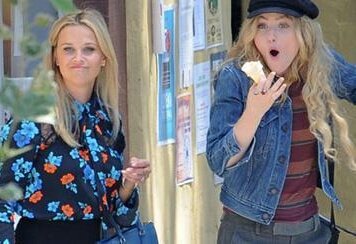 The episode, appropriately titled “Kill Me,” sees Streep and Witherspoon’s character get into an argument, which was supposed to end with Streep covered in delicious sprinkle-covered vanilla two-scoop cone. Instead, the scene was cut and replaced with Witherspoon scoffing and walking away with her tasty treat. Suffice it to say, fans were apoplectic, and shared their bitterness on Twitter.

Ocean's Nine but it's Sandra Bullock, Cate Blanchett, and the rest of the gang breaking into HBO to steal the deleted scene of Reese Witherspoon throwing an ice cream cone at Meryl Streep

me when they didn’t show Madeline throwing her ice cream at Mary Louise. I WAITED A DAMN YEAR FOR THAT SCENE. #BigLittleLies

WE WERE PROMISED AN ICE CREAM THROWING SCENE. THERE WERE PICTURES. #BigLittleLies pic.twitter.com/1UbHk1Oumw

my only thoughts about tonight’s big little lies pic.twitter.com/UcEZ7CuX7I

Even Witherspoon was just as bummed as the rest of us. “And I will always share these memories with you all,” she wrote on Twitter. Last year, Witherspoon responded to the photos on Good Morning America, calling it one of the “top moments of her career.” She also confirmed that the ice cream did, in fact, last on Streep’s face. “And I hit her! Like, I nailed it! She turned around and she was like, ‘Yeah you got me!”

Why HBO cut this scene, we may never know, but luckily the scene will be included on the DVD as special content, confirmed Streep. “[Reese] just told me it’s not in the show. It’s [going to be] in the DVD extras,” Streep said to Entertainment Tonight.