For better or for worse, most of us can’t help but get excited by petty celebrity feuds. Whether the stars are shading each other over social media or clapping back in-person, there’s a thrill that comes with watching it all go down.

Here are just a few of our all-time favorite celebrity shades that have happened in-person and they’re straight fire.

1. That time Mariah Carey shaded Nicki Minaj for not having a Hot 100 hit.

2. And when Mariah responded to Nicki saying “All I Want For Christmas” used to be a great song.

Alicia keys insinuated that she had more range than anyone sitting on #TheVoice panel, and Kelly Clarkson was VERY confused😭 as am i pic.twitter.com/bb9ytcdW4h 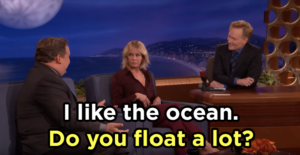 5. And then Andy Richter had the perfect clapback. 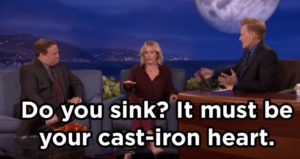 Watch @NicoleKidman cast some well-deserved shade at @Andy Cohen after he asks her a seriously questionable question on live television #CNNNYE pic.twitter.com/ZA3KfZNhG7 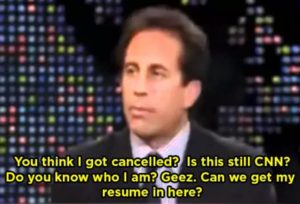 8. When Michael Jordan roasted the hell out of Charles Barkley on Oprah. 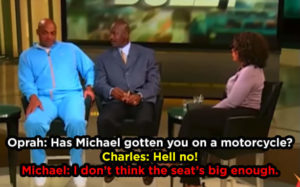 9. When Barbara Walters told the Kardashians what she really thought of them.

10. And that time she called Kathy Griffin an attention junkie. 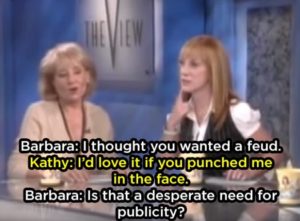 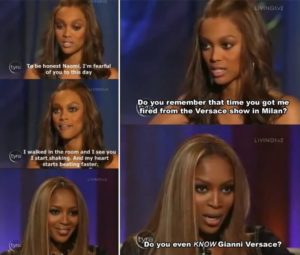 12. And that time Cher tore David Letterman a new one. 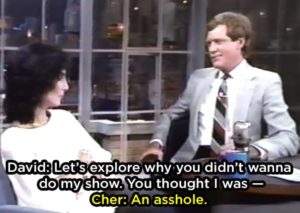 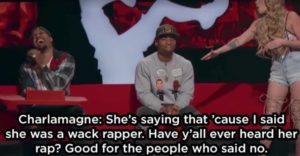 14. When Kenya Moore and Michael Rapaport had this all-out shade fest.

15. That iconic moment when Nicki Minaj called Miley Cyrus out at the VMA’s.

16. When Nicole Kidman told Giada De Laurentiis that her pizza was “a little tough”. 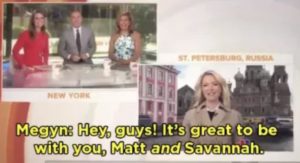 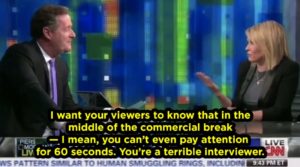 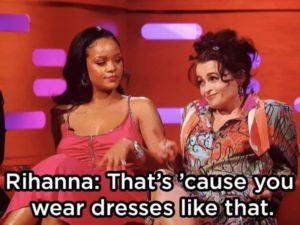 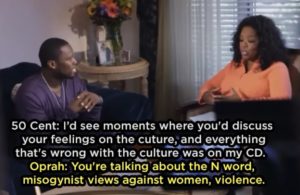 21. And finally the feud between Justin Bieber and Orlando Bloom that turned physical.