We often think of celebrities as modern-day gods but sometimes after a long day and a deep glass of wine they open the Instagram app and get messy in the comments like anyone else.

Most of these instances of celebrities being spotted in the wild would be lost in the sands of time if it weren’t for the rubbernecking Instagram account Comments By Celebs which exists to document them.

Some of their comments are funny, some are heartfelt, and some are simply awkward. Many of these comments commit the cardinal Internet sin of posting cringe (looking at you John Stamos) but it doesn’t matter because these are famous people with millions of dollars who couldn’t care less what we think. 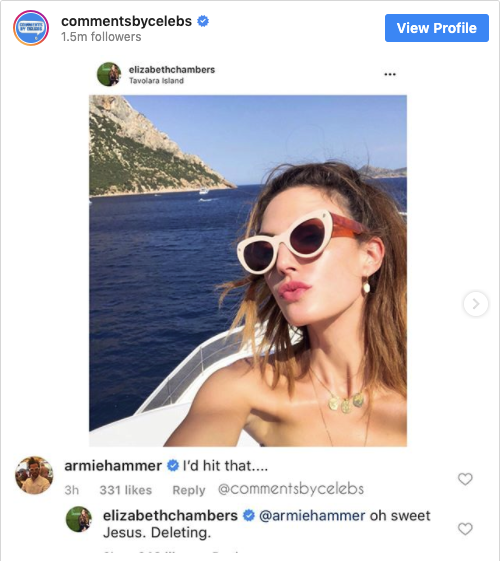 2. John Legend with the performative romance 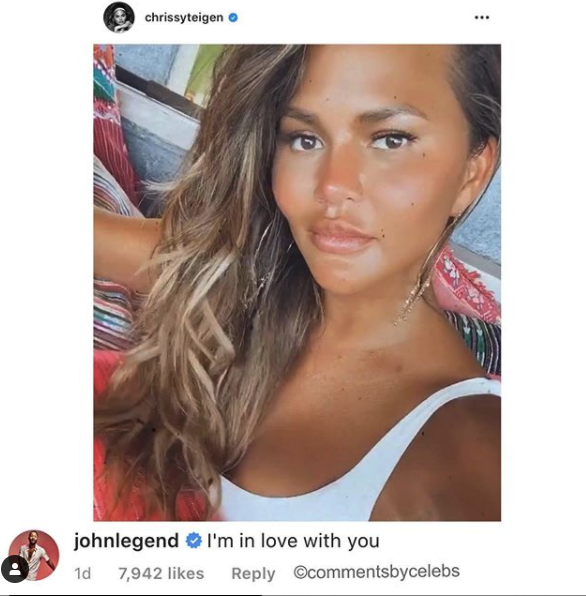 3. John Stamos with the cringe 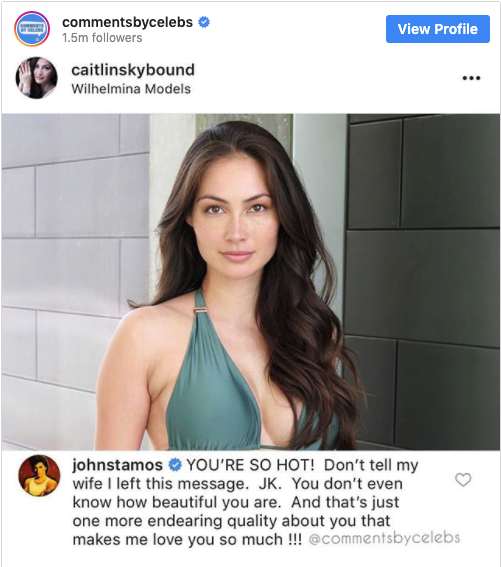 4. Barbara Stewart with the shade 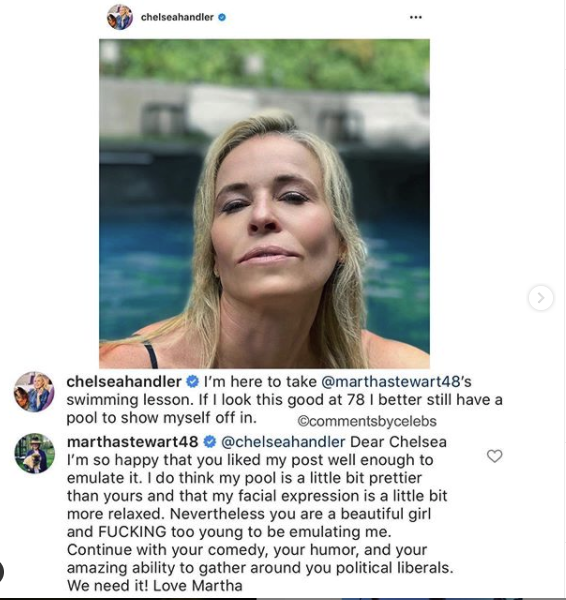 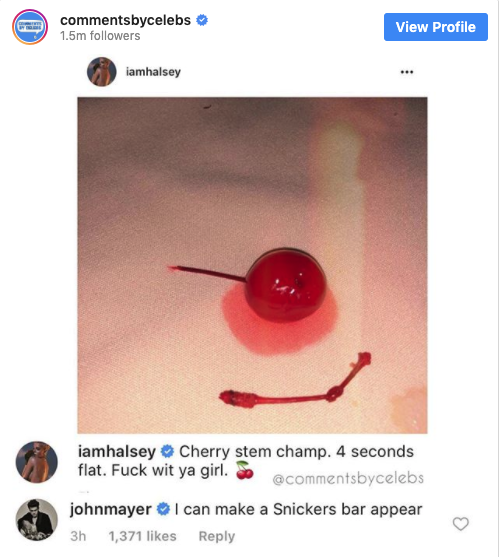 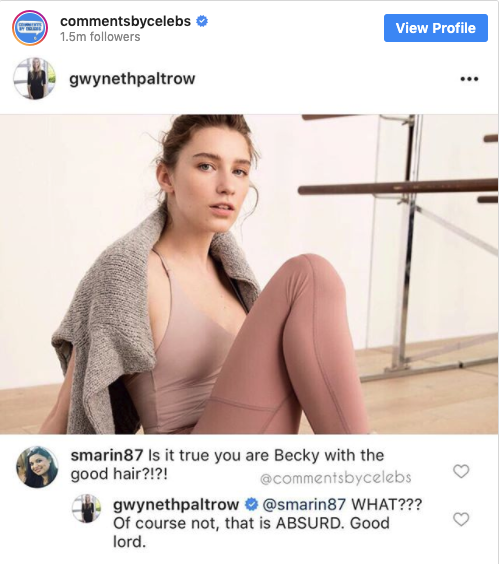 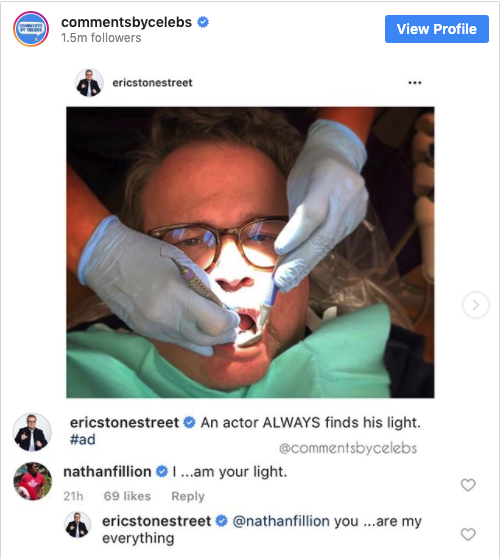 8. Orlando Bloom acting like Orlando Boomer with the tech trouble 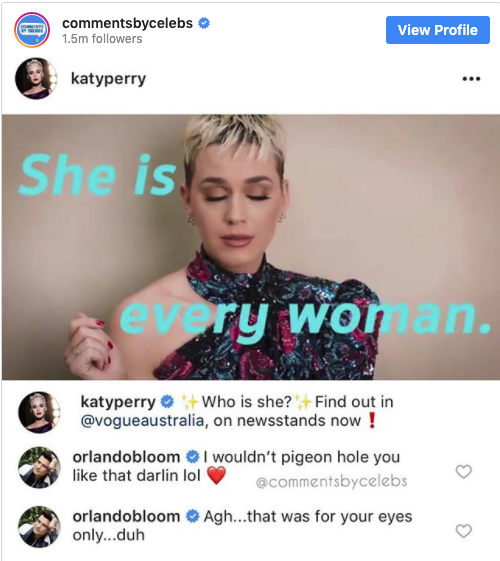 9. Reese Witherspoon confirming that she definitely didn’t wet herself 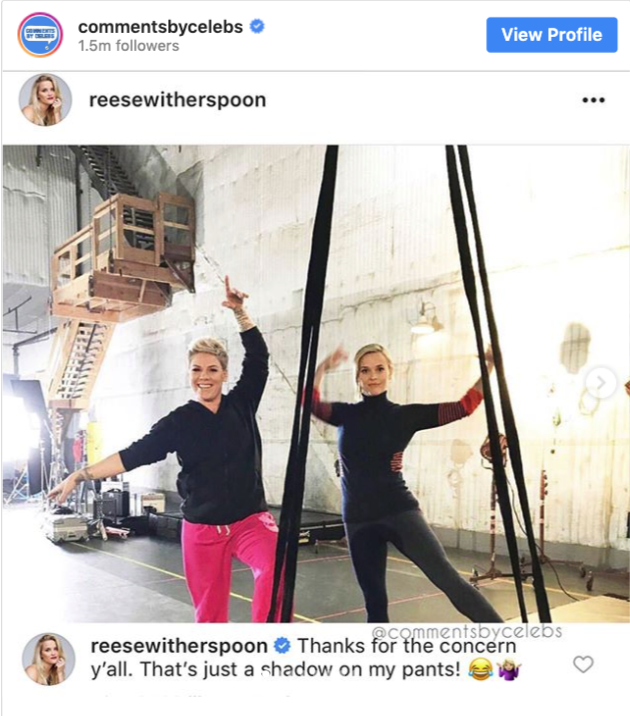 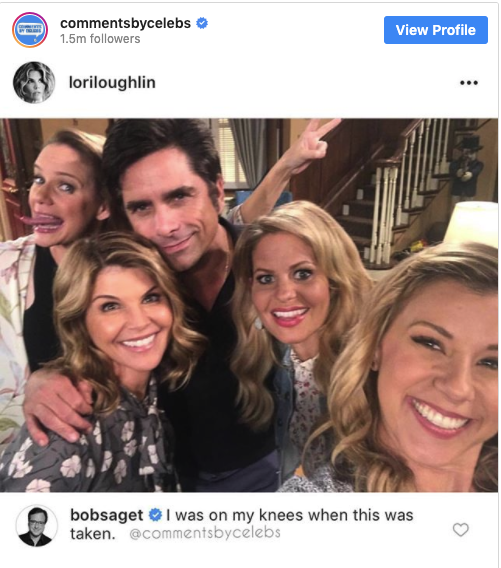