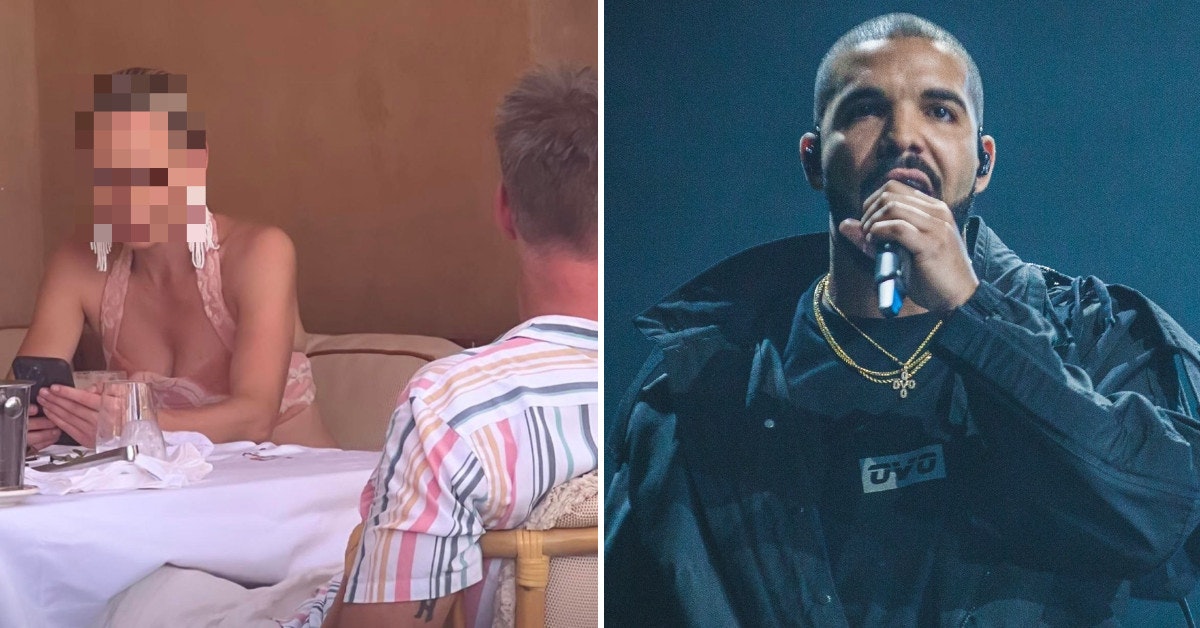 Recording artist actor Drake faced heavy criticism from social media users after he shared a photo of a woman in a restaurant he didn’t know but captured the image because he found her to be particularly attractive.

Drake, who is currently on vacation, earlier in the day posted a video of himself singing along while a restaurant’s entertainer performed a song.

Then he posted the Instagram snap in question, now gone from his page, saying that he attempted to airdrop the same photo to the woman who was minding her own business and looking at her phone because “she’s a dime.”

People were disturbed by the idea that this woman now had her image exposed to Drake’s 117 million Instagram followers, potentially exposing her to massive harassment if her identity is discovered by online sleuths. Commenters on the post were reportedly “dissecting” her physical appearance already, discussing exactly how attractive she was or was not, which must feel incredibly gross for the woman who will likely have to hear about this.

(Drake was not the one who blurred her face in the image above, by the way.)

The post sparked discussion in some online spaces over the problem with taking photos and videos of strangers out in the world and posting them without the consent of the subject. Many have expressed that the frequency of this behavior makes them feel anxious whenever they leave the house — not knowing if a random embarrassing moment, mistake, or fashion faux pas will get their image plastered all over the internet.

Many considered it to be particularly bad behavior on the part of Drake considering how massive his audience is and how much influence he has over his many fans. Power and responsibility, etc.

“I hate how normalised it’s become to take photos/videos of strangers in public. It literally gives me anxiety,” wrote one Reddit commenter. “From a celebrity it’s even worse because he should know better in regards to respecting privacy.”

It doesn’t help that Drake has a terrible track record when it comes to women and girls. We had to add “and girls” because of the time in 2010 when he sexually assaulted a 17-year-old after pulling her on stage at a concert, kissing and touching her before asking her age. When he found out she was underage, his response was, you might say, unbelievably creepy.

“I don’t know if I should feel guilty or not, but I had fun,” he added a bit later. “I like the way your breasts feel against my chest.”

Since then, Drake has been called out multiple times for oddly forming relationships with and frequently texting underage girls. In 2019, he was again called “creepy” for texting with then 17-year-old Billie Eilish. That was two years after people were disturbed by the news that he was doing something similar with the then 14-year-old Stranger Things star Millie Bobby Brown.

In 2018, when Drake was 31, he started dating an 18-year-old woman, but it quickly came out that he had met her when she was only 16, upgrading the issue from a suspicious age gap to a potential grooming situation. Real grooming, not whatever Republicans are twisting the term into in order to attack trans and queer people.

Drake has not made a habit out of addressing these repeated pedophilia accusations, nor has he responded to the criticism over posting a photo of some random unsuspecting women he considered to be hot.

Redditors have continued to express their concern over Drake’s current and past behavior.