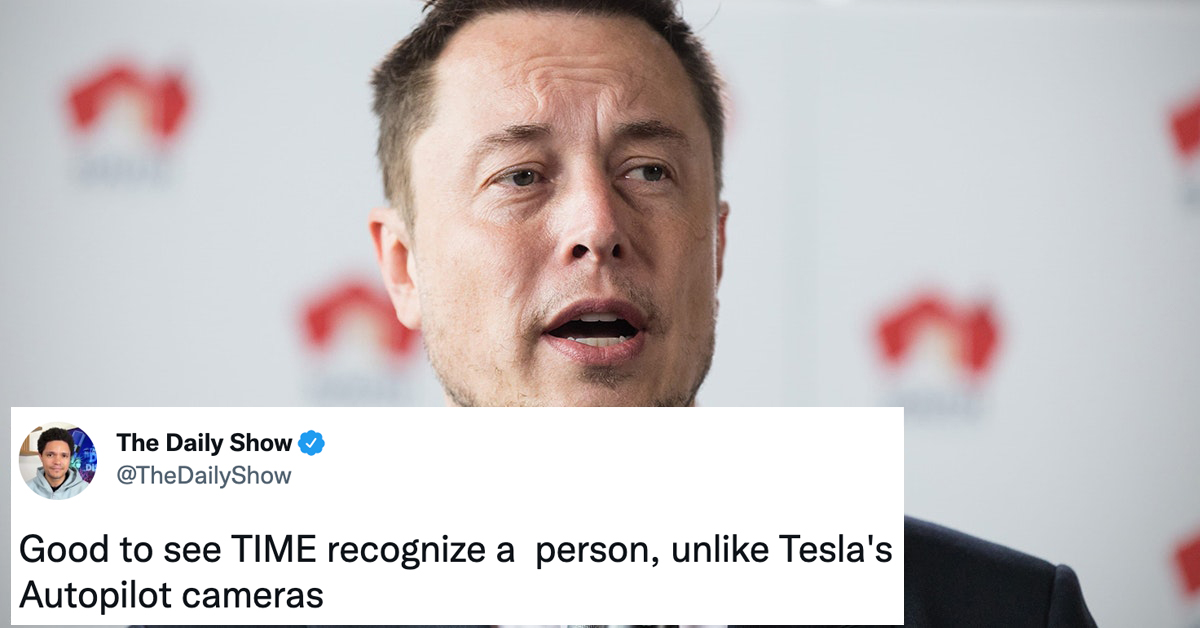 It’s that time of year again, by which we mean it’s “be mad about the TIME Person of the Year announcement” day, because they’ve picked another guy who appears to be most well known for his ability to be ridiculous on Twitter and make vasts amount of people hate him.

Tesla CEO and volatile billionaire Elon Musk is this year’s winner after an entire 2021 of him crashing various markets by tweeting bad takes on cryptocurrency and making one-liner responses to people asking if he supports things like dogecoin in between riding a giant penis into the upper atmosphere and calling it outer space.

Additionally, Musk was accused of fostering hostile working environments at Tesla earlier this year by workers who said he went on “wild firing rampages” and often berated employees, some of whom further accused him of putting customer lives at risk by falsely labeling his cars as “self-driving.” More recently, he told his SpaceX workers that the company could soon face bankruptcy and had to beg his employees to bail him out by working even harder in an email he sent out the day after Thanksgiving.

Musk is currently the richest person on the planet he’s trying to escape with a net worth of around $255 billion and could end world hunger with a fraction of that, but gets up each morning and decides not to do so in spite of having paid zero income taxes in 2018.

His worth skyrocketed in 2020, as did that of pretty much every billionaire as they all took advantage of the massive loss of wealth among the masses during the pandemic, sucking it all up into their offshore accounts and further stagnating the economy.

With all this on the books, and in spite of Musk’s army of die-hard fans, the general sentiment about the 2021 TIME Person of the Year has left some to wonder whether the title is simply for sale. Here are some of our favorite reactions: