With so much going on in the world, it was only a matter of time before Gwyneth Paltrow drew attention to herself. The GOOP guru made waves when she first released a candle that supposedly smelled like her vagina. Now she’s gotten even more specific with a new candle announced from home on The Tonight Show With Jimmy Fallon. It’s called, “This Smells Like My Orgasm,” because what we really needed it more specific genital smells right now.

This is apparently a family affair, because Paltrow pulled her 14-year-old son Moses into the interview to discuss his mom’s orgasm candle. I don’t think it’s that weird for people to talk openly with their kids about sex and even orgasms, though most teens don’t want to know too much about their parent’s experiences with them. But if you’re taking them on TV to talk about it, you’re definitely trolling for a reaction. Gwyneth is nothing if she’s not good at stirring controversy over ridiculous things!

The candle is described on GOOP’s website as a blend of “tart grapefruit, neroli, and ripe cassis berries blended with gunpowder tea and Turkish rose absolutes for a scent that’s sexy, surprising, and wildly addictive.” 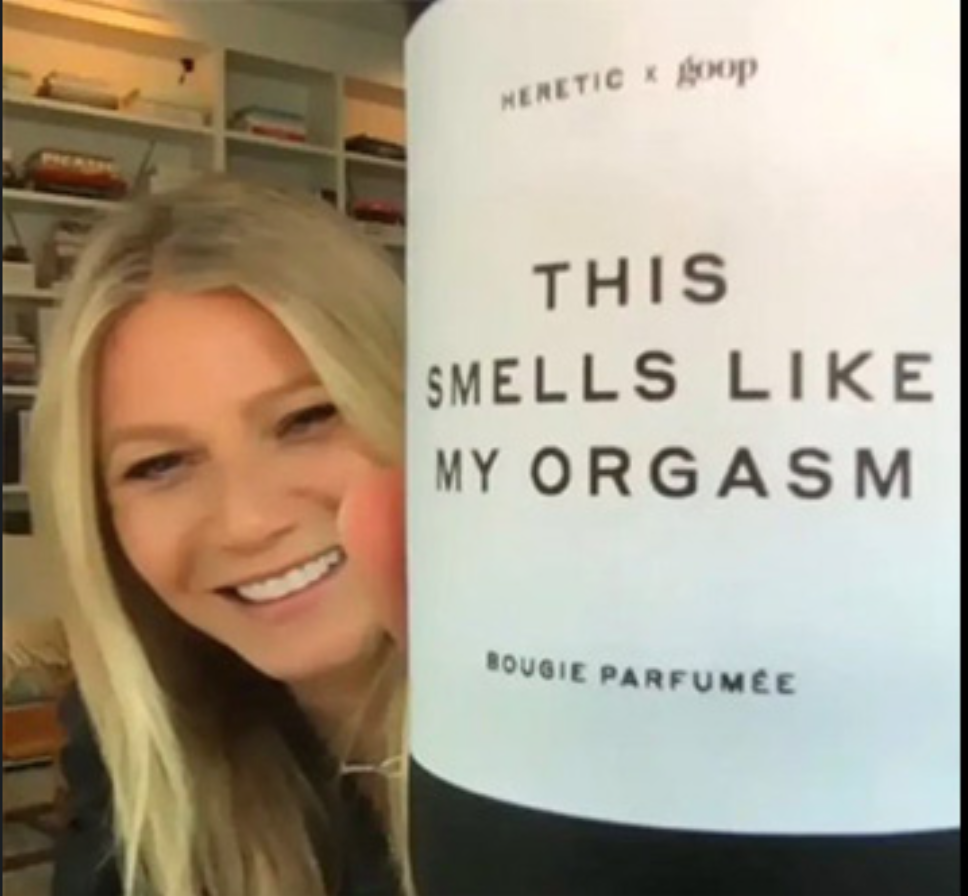 The description has caused a lot of reaction on Twitter, of course, especially from people describing what their own orgasm-scented candle would smell like. Some of them actually do sound good, so maybe I would enjoy an orgasm scented candle? You just gotta find the right fit.

The scent of an orgasm candle from a woman: It’s reminiscent of a summer day when you have sun kissed skin and your whole body feels good.

Orgasm candle from a man: It started out okay but now you’re bored and just want a pizza.

My orgasm candle is handmade.

As Gwyneth Paltrow releases a candle that purportedly ‘smells like an orgasm’, early reviews suggest it’s a bit of an anti-climax.

I’m pretty sure my orgasm candle just smells like weed.

If your orgasm’s smell is notable you may want to see a doctor, not sell a candle

My grandpa made his own orgasm candle, but it just smells like powdered milk.