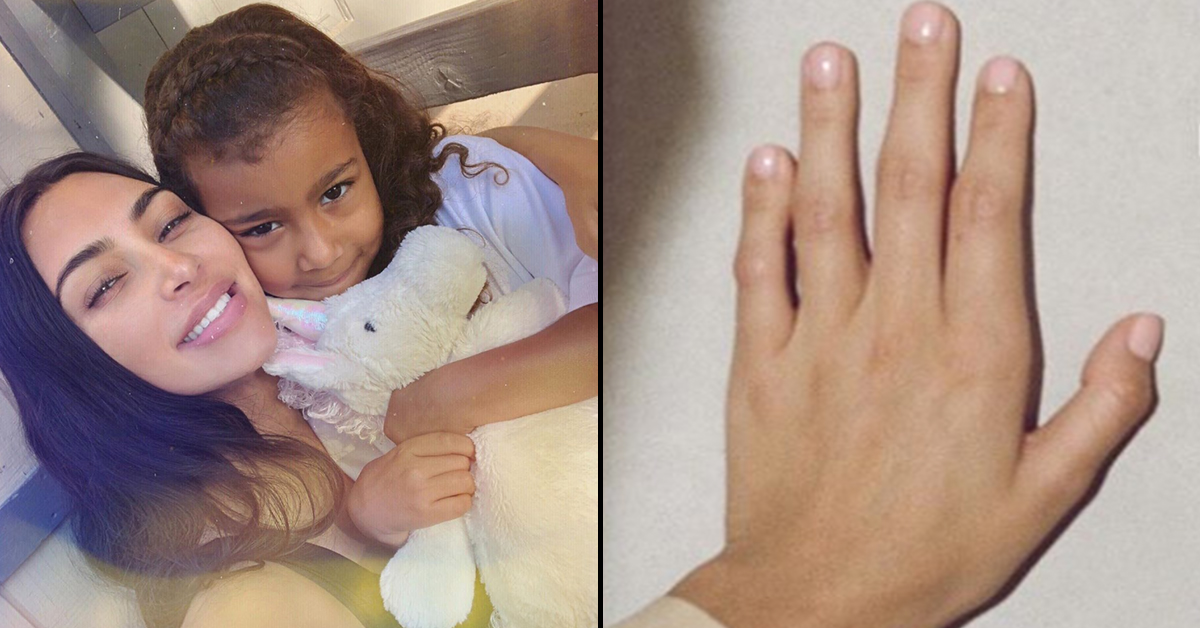 When I gave birth, my nails were naked. And bitten. Cuticles raggy. Who has time to think about a manicure when you’re preparing to push a human out of your vagina? Apparently, Kim Kardashian-West.

The mother of four revealed on a podcast hosted by friend Jonathan Cheban that she delayed giving birth to her oldest child, North, because her manicure didn’t fit the occasion.

I mean I get it, my toddler is constantly teasing me about how the first thing she noticed when she came out of me was my inappropriate nail color.

“I went home and they were like, ‘You have to deliver today.’ And my nails were, like, dark. It was when I was still in my Lincoln Park After Dark phase of nails or like my burgundy nails,” Kardashian-West said.

“And I was like, ‘Oh, no, no, I’m having a girl. I really need a nice light pink nail for delivery […] So I told the doctor, ‘Are you sure I have to deliver right now? Can you give me like two hours?’ And he was like, ‘Fine, meet me in two hours.'”

During her pregnancy with North, Kardashian-West suffered from preeclampsia, which is a life-threatening medical issue that presents as high blood pressure and swelling. Kardashian-West was induced five weeks before her due date.

I want to say, fine Kim. Get your light pink nail. It’s your delivery. But damn. It’s actually really harmful to delay birth even without preeclampsia, so she’s lucky it all worked out okay. Folks, you can just Photoshop on some nail color later if you honestly care about that kind of thing.

Kardashian-West and husband Kanye have four children: North, Saint, Chicago, and Psalm. Chicago and Psalm were both born via surrogacy. After she gave birth to Saint, her doctors advised her against becoming pregnant again because of health risks.

“I LOVE my babies so much but 4 is all I can handle with how busy I am, and each one of my babies needs so much attention,” she wrote on Instagram in August.