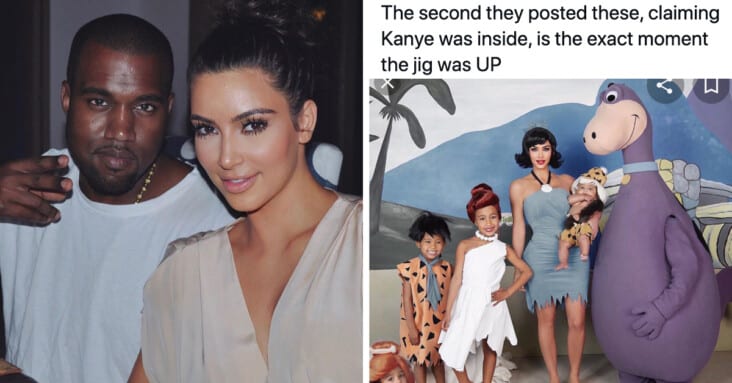 We’ve all seen this one coming for years, and recent events have made it more and more clear that all isn’t well in the land of the rich and unnecessarily famous. Kanye spent Christmas in an entirely different state than the Kardashian clan for no apparent reason, and as Page Six points out, Kim hasn’t been wearing her wedding ring for a. while now.

“Kim got Kanye to go up [to Wyoming] so they could live separate lives and quietly get things sorted out to separate and divorce,” an anonymous source told the tabloid. “She’s done.”

Much speculation was made over the state of their relationship during Kanye’s run for president. The whole thing was such a colossal catastrophe — and not just because the rapper had no shot at winning, but because of the way he behaved and beliefs he espoused at his events and in interviews — and Kim seemed to be relatively MIA for a lot of it.

There was also that matter of the Twitter rant Kanye went on back in July, during which he literally said he had been trying to divorce Kim for years.

Yeah, this has been a long time coming. And that meant the internet was well-prepared with reactions to news of Kim and Kanye’s impending split. 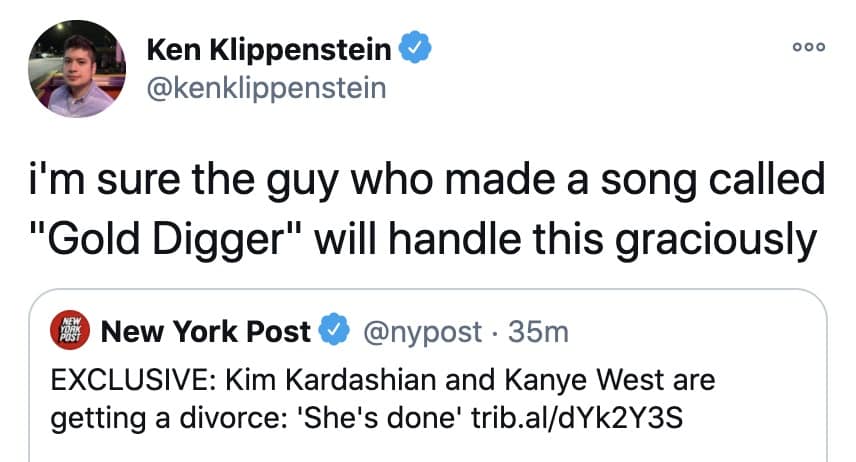 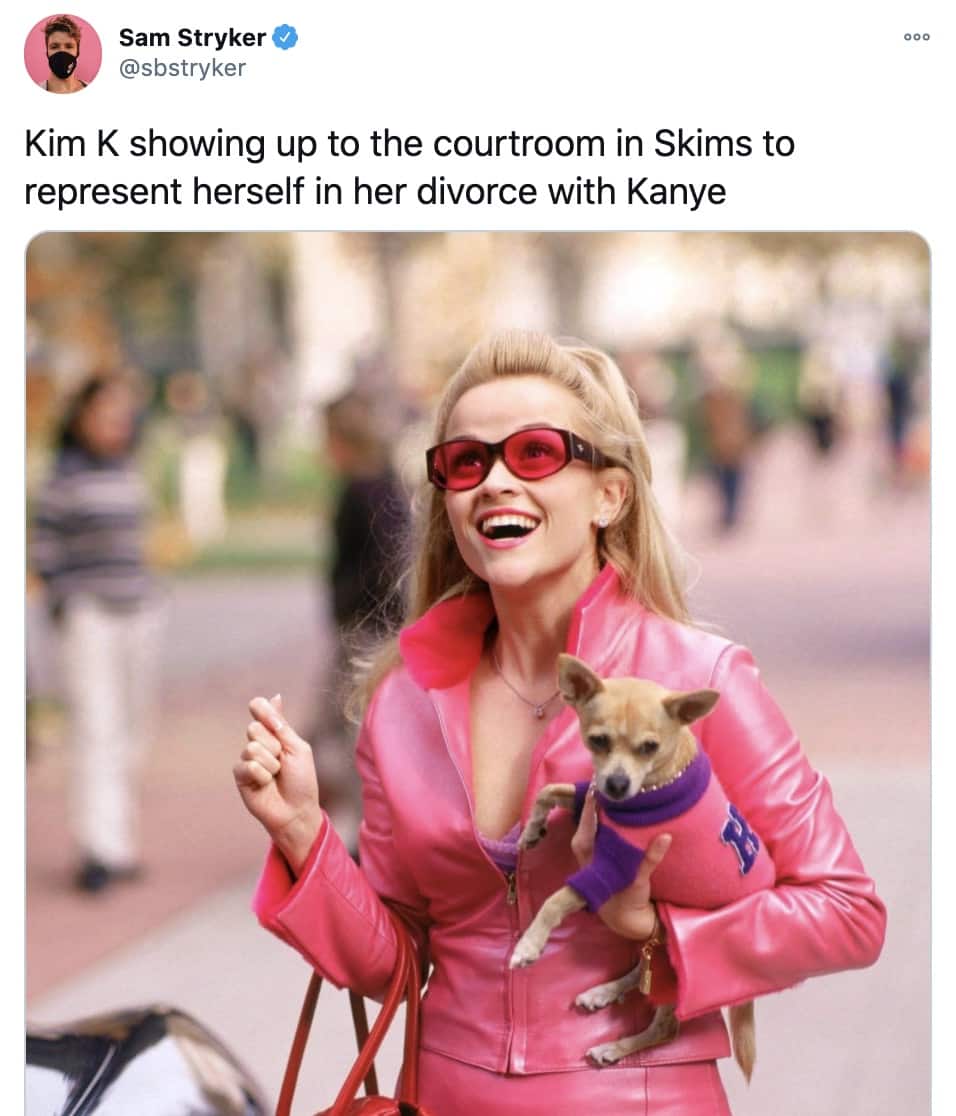 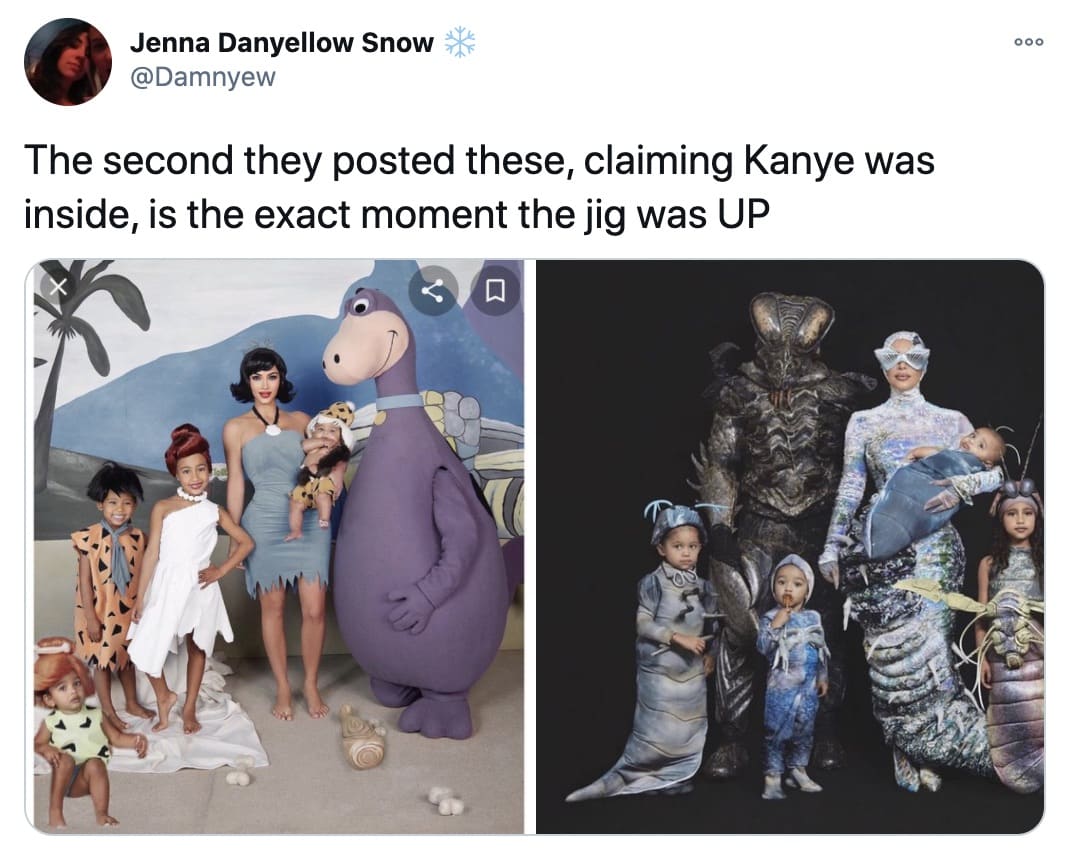 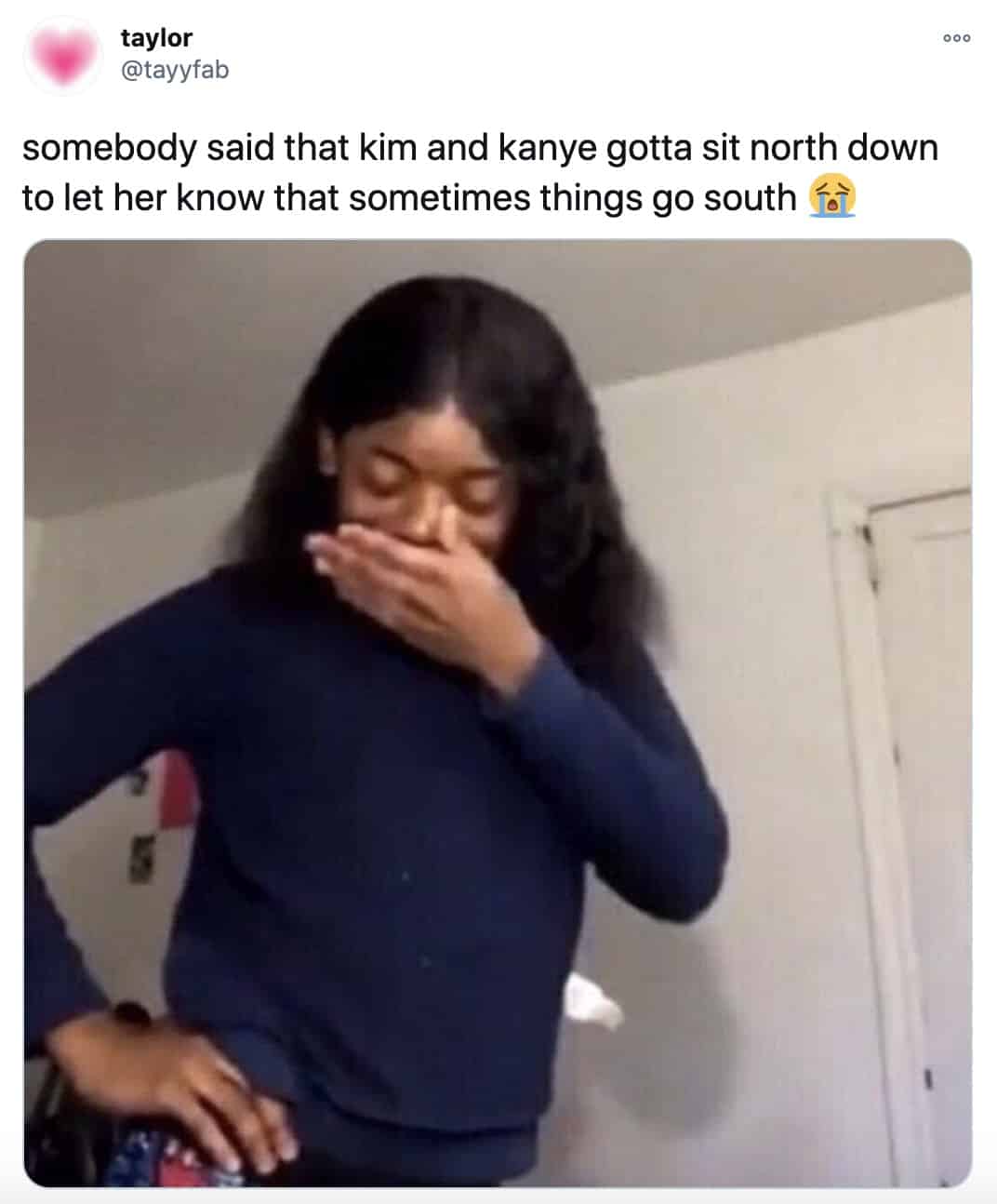