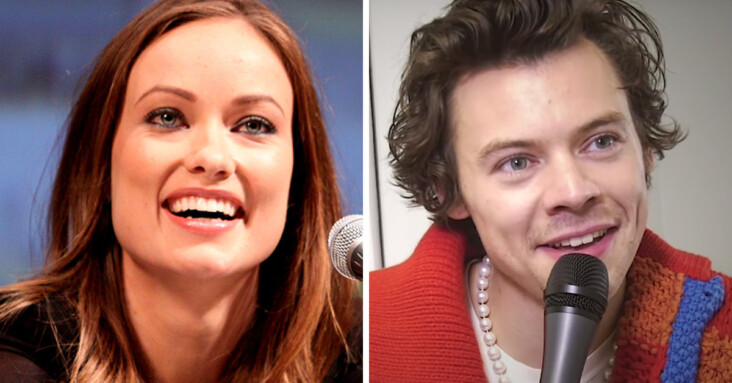 STANS. Y’ALL ARE OUT OF CONTROL. Seriously, look what you just did to Olivia Wilde cause you’re fussy over her dating Harry Styles. Get it together and let two drop-dead gorgeous people be happy, OKAY?

anyways harry styles is playing the lead role as jack in olivia wilde upcoming psychological thriller don’t worry darling it is supposed to be one of the best films of 2021 and this is harry second ever movie pic.twitter.com/hjMfpWejNr

The two debuted their relationship recently, photographed holding hands at a wedding. (With masks on, good job you two.)

Other than ~everything else going on~ the new relationship has been big news—especially for Styles fans. However, they’re not taking the relationship well.

When news of the relationship broke, Styles fans flooded Wilde’s Instagram posts with hateful comments, some even saying Styles got the part in the movie by sleeping with Wilde. Not cool, guys. 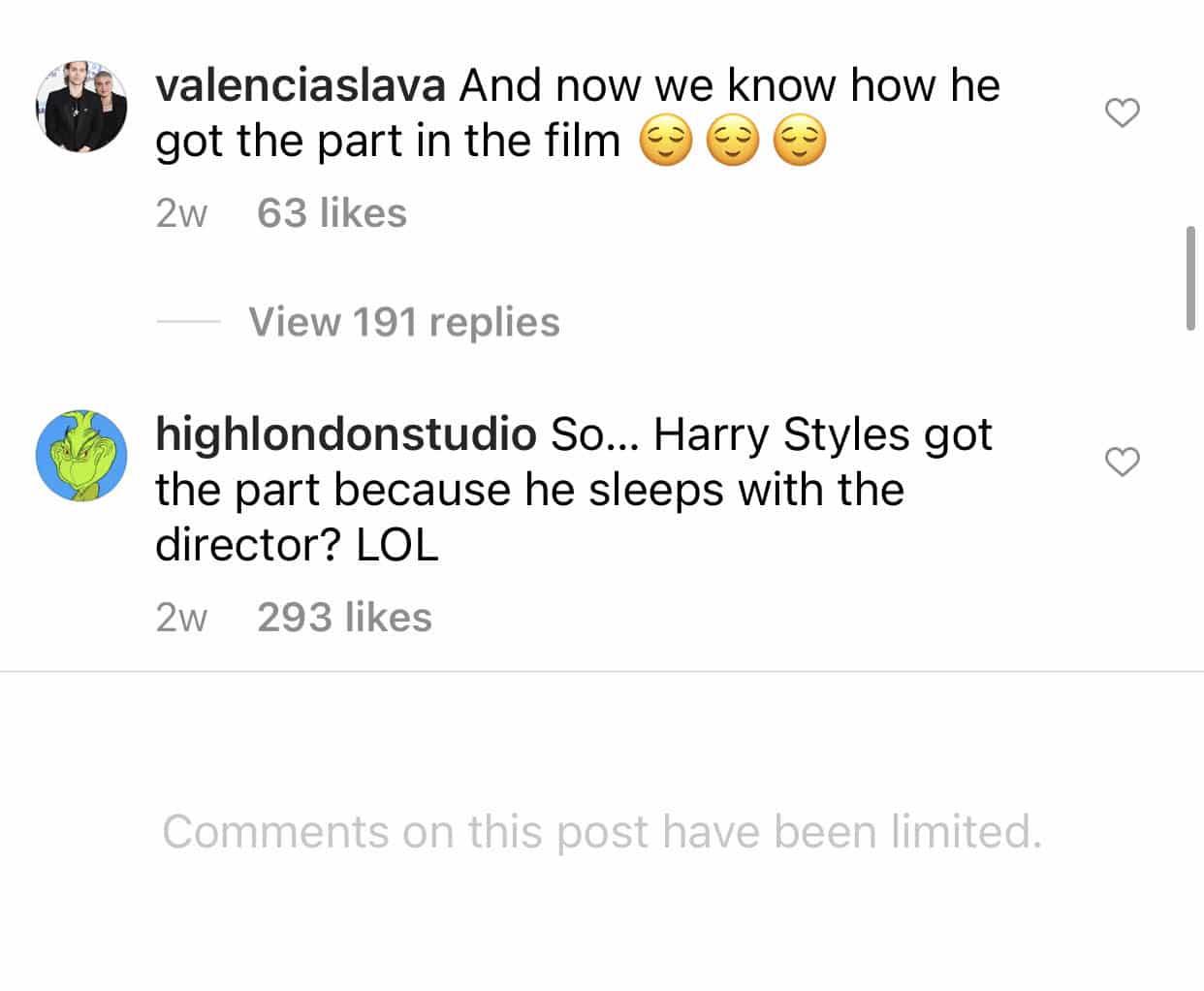 Luckily, Wilde’s fans showered her with love and pointed out the irony of leaving cruel comments, right when Styles released his track, “Treat People with Kindness.” 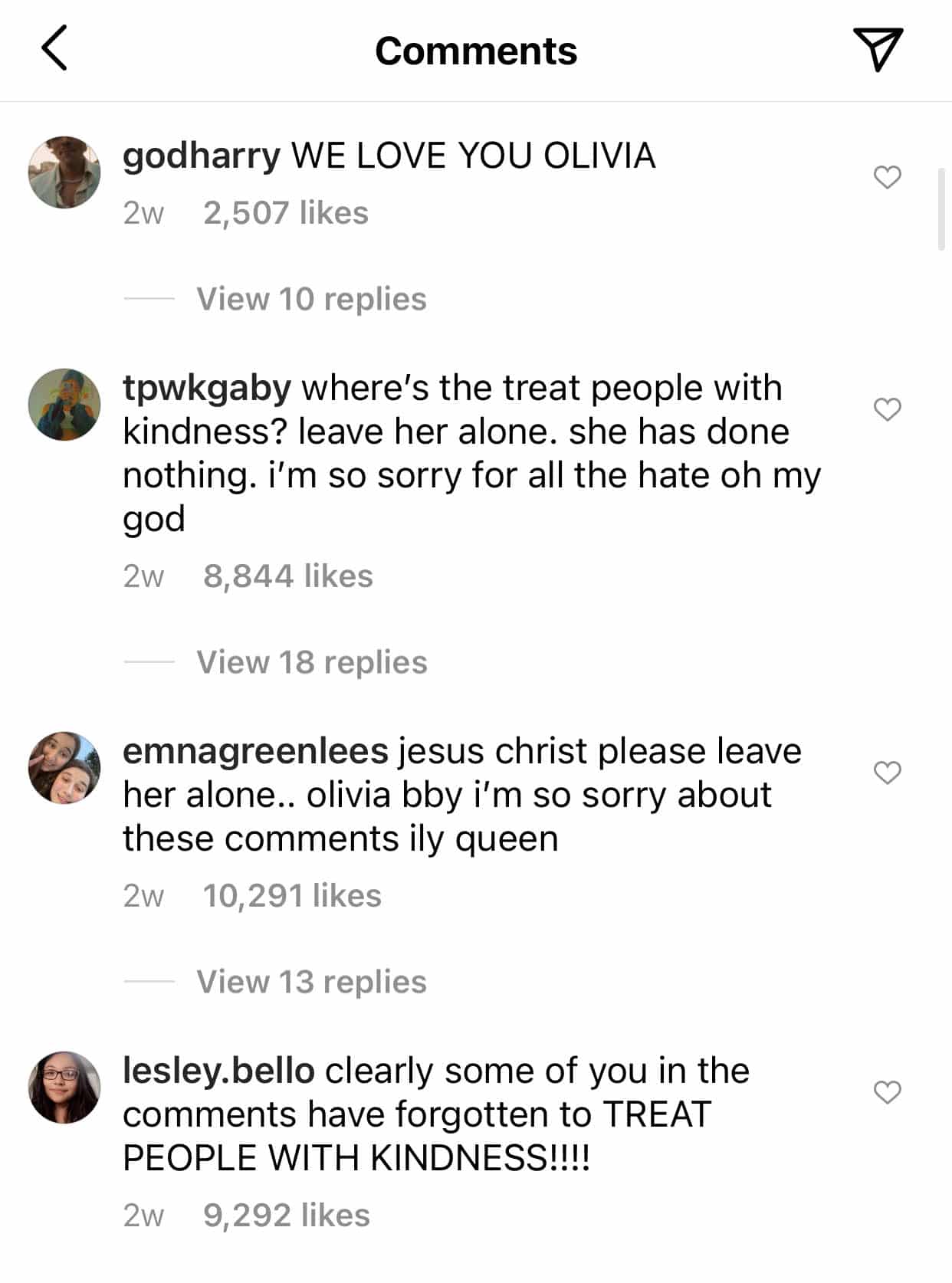 The nasty comments caused Wilde to take a break from the app for a little bit. On Jan. 20, the actor/director posted an image of her back on set, and people noticed something new. Wilde limited her comments to only the people she follows. Hell yeah, get those boundaries!

As a reminder, we leave you this bit of wisdom from Mr. Styles himself.