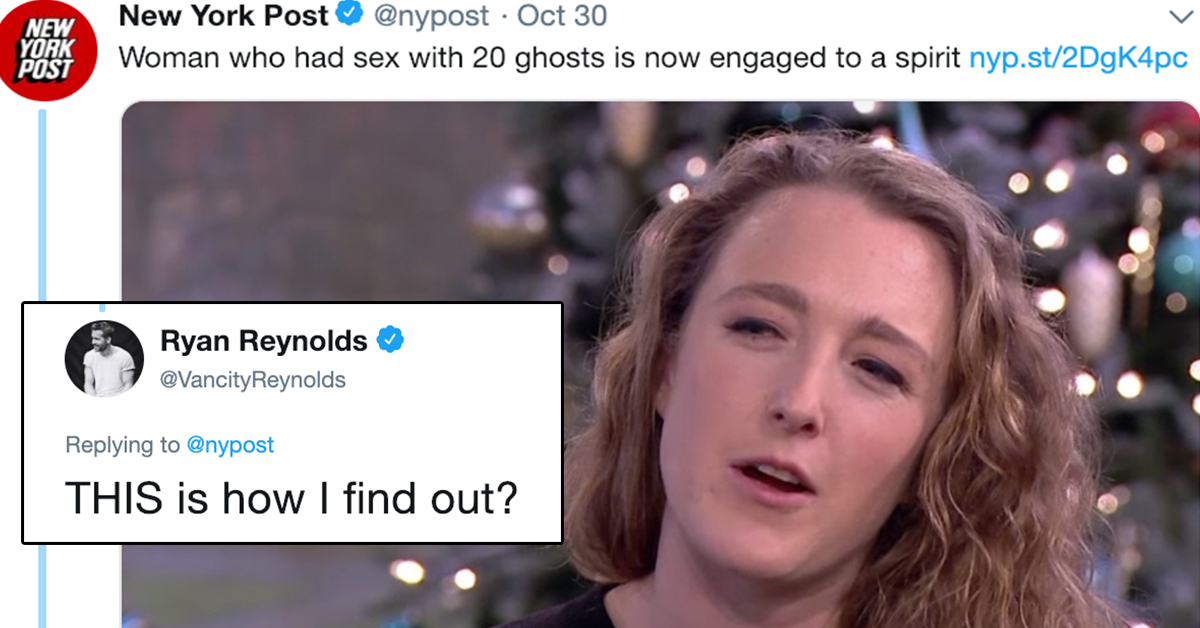 Ryan Reynolds is a gift to Hollywood and also to social media. The quality of his clap backs has been noted extensively, his replies to both Internet trolls and to his own wife far exceeding that of the layman.

He’s had us slapping our knees for years, and 2018 was no exception. Let’s give it up for this national treasure, and let our New Year’s wish be that he brings his humor and wit into 2019 with even greater fervor.

1. When he thought he was invited to a sweater party:

2. When he confirmed that  divorce talk was just rumors:

We’re never splitting. She’ll always be my mom. No matter how much jazz-cabbage she smokes with her rollerblading friends.

3. And when he revealed the identity of his real parents:

So proud of mom and papa.

4. When this was exactly how he talked:

That’s exactly how I talk.

5. When we all found out Blake drove him to the hospital when she was giving birth:

You can tell me. We’re married. You once drove me to the hospital when you were giving birth. So… what the fuck happened to Emily? https://t.co/W5vWQI9TVr

6. When he called out Hugh Jackman for his collaboration refusal:

I see @RealHughJackman is no longer allergic to selfish. https://t.co/hBnbQ4wBl0

7. And when he was wrong about Hugh Jackman’s relationship:

I gave this 3 months. Tops. I was wrong. https://t.co/gxXSdACQ1X

8. When he shared this touching family memory:

First car my brother and I ever jacked together. I can still hear dad screaming from the trunk. Coincidentally, the last bowl cut he ever gave us. pic.twitter.com/7j5736VB6t

9. When he concocted the perfect metaphor:

Can’t decide between a midnight blue minivan with all wheel drive and foldable rear seats or a coffin.

10. When he found out that ghost lady (who looks a little bit like someone he knows…) is engaged:

THIS is how I find out?