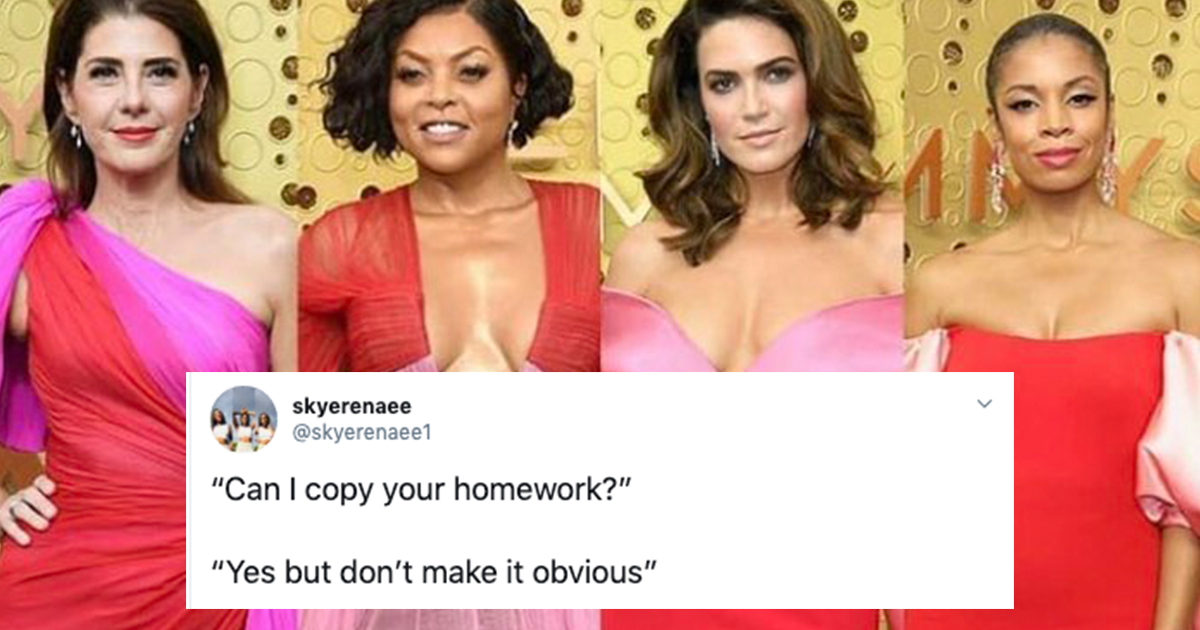 Celebrities coming together in ridiculous outfits to pat themselves and each other on the backs for doing their jobs, often while seriously drunk off free booze?

Yep, we’re here for it. Thankfully, the 2019 Primetime Emmy Awards, which took place at the Microsoft Theater in Los Angeles on Sunday night, didn’t disappoint.

From Fleabag‘s major wins to all the Game of Thrones glory, there were plenty of moments of serious awesomeness, but there was also a whole lot to laugh about and Twitter wasn’t about to miss an opportunity to do just that.

Below are some of the funniest tweets from this year’s ceremony—and believe me, there were plenty of them.

Narrator:
Michael Bluth was not even aware he was nominated.#Emmys pic.twitter.com/TVKRg1Szlb

I should have put this on photo. #Emmys pic.twitter.com/V0jZsxByO5

I swear every time they start playing the Game of Thrones theme, this is all I can think about #emmys pic.twitter.com/3J1nWbKiGR

For anyone who adored Veep will realise that Julia Louis-Dreyfus not winning and making Emmy history is the most Veep/Selina Meyer thing to happen #Emmys pic.twitter.com/C4fdI1bj09

The voice of Paddington just said “I’m hungover” on worldwide TV. We have no choice but to stan. #Emmys

“Can I copy your homework?”

“Yes but don’t make it obvious”

“I’m sorry to this man” – Me during the last three awards #Emmys pic.twitter.com/qsQ2LGUZaQ

So they made bran KING and he’s not even up there with them? #Emmys pic.twitter.com/7GfrPz4Xbl

Tag yourself: I’M PHOEBE BEING A PROUD MOM😭💕 #Emmys pic.twitter.com/VvLpn4yDbj

Emilia Clarke will not be attending the Emmy Awards as she has been hospitalised for severe back injuries from carrying GOT S8 on her back. pic.twitter.com/nuUuPm5B9j