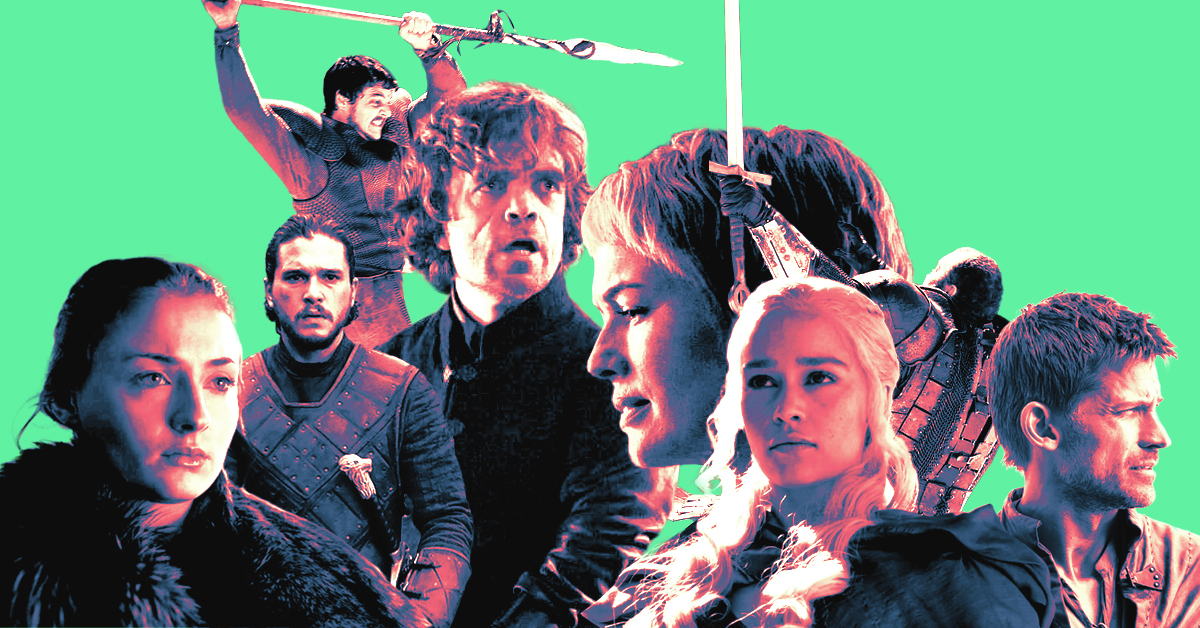 With Game of Thrones’ final season coming at us quicker than we can say “The Prince Who Was Promised,” fans are at the edge of their seats with anticipation. To prep everyone for the insane battles, discoveries, and the final ending that is to come in Season 8, the lead GoT writer left fans with a very special gift.

While you may not be able to rewatch the entire 7-season series before the season premiere on Sunday night, you can watch some very important episodes hand-selected by the creators and writers of the show. Recently, Bryan Cogman—who has been a writer on the show since Season 1—broke down the most important episodes to watch in the series.

Episodes 1 and 2—”Winter is Coming” and “The Kingsroad”

Let’s face it, you can’t watch GoT without watching the very beginning where we meet all of the characters and really get a feel for the story. The first two episodes in a series are always vital to getting what they show is going for and truly falling in love with a character or two. Also, Tyrion slaps Joffrey in the face so—who doesn’t love that?

Everyone knows how this episode ends, and it’s the first real big death that we lose a major character. Ned Stark walking out on the show left a huge hole in everyone’s heart—and, set us all up for the realization that main characters will die. Plus, the last time you see Ned Stark is a moment you will always remember.

The episode where we first meet the dragons—showing that the Mother of Dragons plays absolutely no games.

Episode 3—”What is Dead May Never Die”

Tyrion plays everyone for a fool as the new “King’s Hand” and, there’s a lot of newfound information about who we can/can not trust in Westeros. Plus, Cogman was very excited to introduce Brienne.

My favorite “court intrigue” episode. I’m particularly proud of the sequence where Tyrion plays the various council members against each other and roots out a spy. And I love Alik’s homage to Akira Kurosawa with the flapping banners during Theon’s baptism scene. Plus, I got to introduce Brienne!

Episode 6—”The Old Gods and the New”

Theon is already on a bat-sh*t crazy rampage and—leaves us almost crying when he tries to execute Ser Rodrik. Additionally, we meet Ygritte for the first time (who leaves us with a lasting “You Know Nothing Jon Snow” for the remainder of our lives). Who can forget when Dany loses her dragons? It’s a jam-packed, action-packed episode.

Blackwater was the first huge battlein GoT and it was an epic one at that. Tyrion shows that he’s a total boss and deserves that lion on his clothing. And, Bron—well, he earns a name all on his own. Joffrey, of course, becomes 2x as hated. Cogman adds:

Our first big battle! And it’s awesome. But I love this episode (written by Grand Maester George himself) for its intimacy and the rare opportunity we had to zero in on one location and a smaller group of characters. Boy, we put the crew through hell making this episode. Little did they know… (insert evil laugh here).

Who can forget when Jaime’s hand gets chopped off? Not I.

Episode 4—”And Now His Watch Has Ended”

Cogman claims that this episode is one of Emilia Clark’s finest episodes, stating:

This mid-season stunner features the brutal mutiny at Craster’s Keep (RIP Commander Mormont), the emergence of Ramsay Snow as one of our major villains, Varys’s creepy origin story, and Dany’s triumphant march from Astapor with the Unsullied army at her back. One of Emilia’s finest hours.

Jaime and Brienne have a heart-to-heart in the bath—something that Cogman claims is something he’s so proud to have been associated with. But, there’s still an epic sword battle that keeps us excited and coming back for more blood.

Episode 9—”The Rains of Castamere”

This was the episode that changed everything — both for the story and for the life of the show. I’ll never forget the experience of shooting that scene (more or less in sequence) over the course of a week.

Episode 6—”The Laws of Gods and Men”

Tyrion is on trial for Joffrey’s murder and we still don’t know who did what. But, it’s exciting and thrilling to see if the Lannisters will really kill off one oftheir own. The episode is very intense, seeing as we truly want to know who actually killed Joffrey—and, we get to see Tyrion in his rawest form.

Episode 8—”The Mountain and The Viper”

Oberyn Martell shows up to King’s Landing for a wedding and ends up trying to fight for Tyrion in his trial by combat—but, as we know, he gets his head totally smashed in. And, it’s brutal. Not for the faint of heart. I still can’t stomach watching it again.

This is the episode where we start to see the Starks making a comeback to each other. Brienne and Pod meet The Hound and Arya together after leaving The Vale knowing Arya’s aunt has died. Brienne, who vowed to Cat Stark to protect her daughters, wants to take Arya—but, we know a girl has no keeper. Brienne fights The Hound and Arya proves she’s a bad-ass, leaving him to die (but robbing him bind first).

Sansa Stark and Theon are united, at last, showcasing that some things really do not change. It shows how far Sansa has come since her time in King’s Landing and you start to feel for her—how much she has been passed around like property of everyone else. Also, it’s nice to see Theon back to Theon, even if for a moment. Oh, and lots of WHITE WALKERS!

We lose a loved one here, and it hurts every time.

Episode 9—”Battle of the Bastards”

The ultimate showdown between Jon and Ramsay—the moment everyone was waiting for. Seeing this battle was something truly magical for any fan. And, who thought that Sansa would ride in and save the day with her actual family? The North will always belong to the Starks.

Episode 10—”The Winds of Winter”

Cogman states that could be an episode that defines GoT totally.

It’s got just about everything: Jon becomes King in the North (and we learn the truth about his parentage), Cersei blows up the Sept of Baelor and takes the Iron Throne, and Dany finally sets sail for Westeros. Boom! Another tour de force from Miguel Sapochnik… and it’s far from his last (insert second evil laugh here).

So basically, this is where everything comes together. Jon and Dany meet for the first time, Cersei kills Ellaria, and Lady Olenna finally admits she’s the one who killed Joffrey. I will never be as powerful as Olenna saying “I want her to know it was me,” right before she drinks the poison to die.

Episode 4—”The Spoils of War”

Jaime v. Dany *and dragons*—and Tyrion is watching the whole thing. Remember when we thought Jaime died? Yeah, it was rough.

Episode 7—”The Dragon and the Wolf”

Finally, just finally, Jon and Dany bone. Plus, it’s the final episode before the season premiere of Season 8, so you might as well watch it. Everyone is there—they all meet at King’s Landing for that “Oh My God” moment where everyone is in the same space at once. Epic.