Has every story already been told? This series made by Imgur user WullieBlake makes a good case for taking a pause on the movie-making industry while we figure out what’s going on. They managed to pair film after film with a single shared tagline that was totally applicable to both. It would actually make a pretty fun Twitter game, but WullieBlake made images and everything. They posted the series for us all to enjoy and then painfully try to think up other examples.

Though re-reading those comments, maybe they’re on board. See if you are: 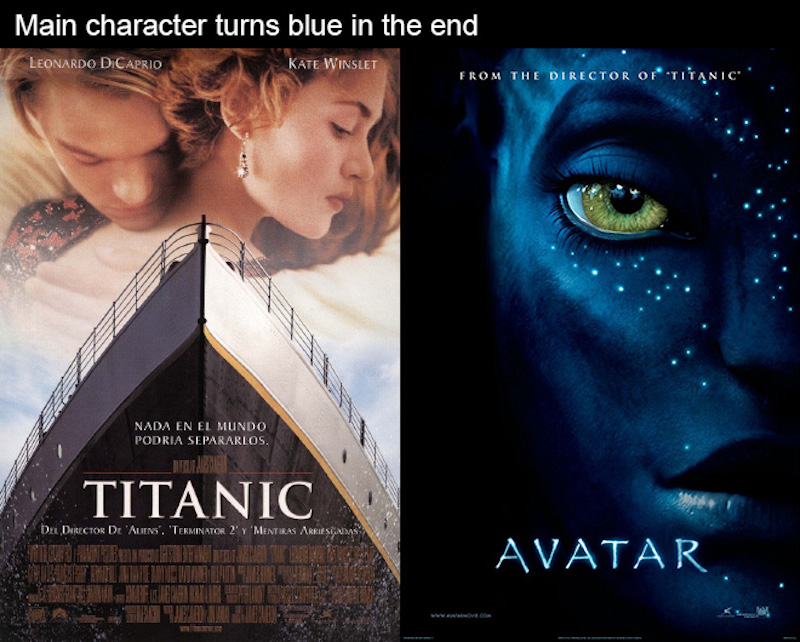 2. Jurassic Park and The Expendables 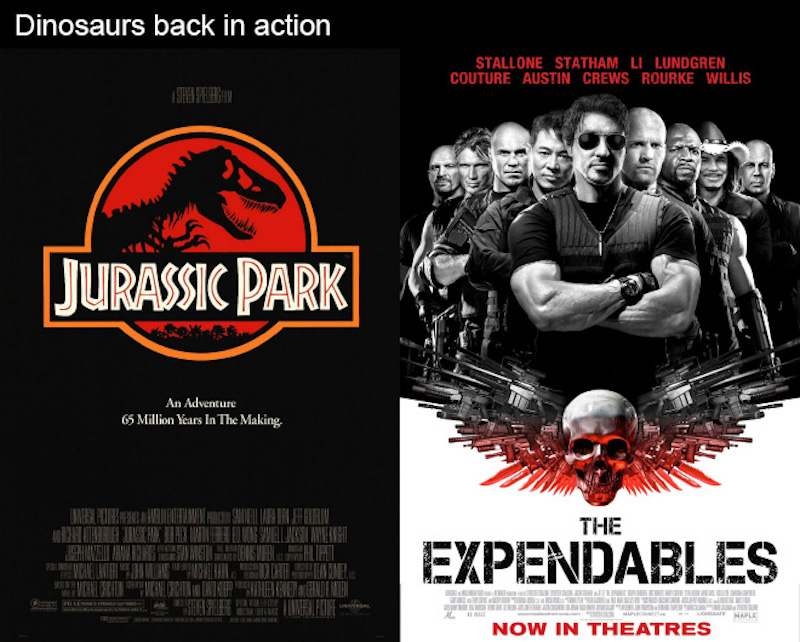 “Dinosaurs back in action.” 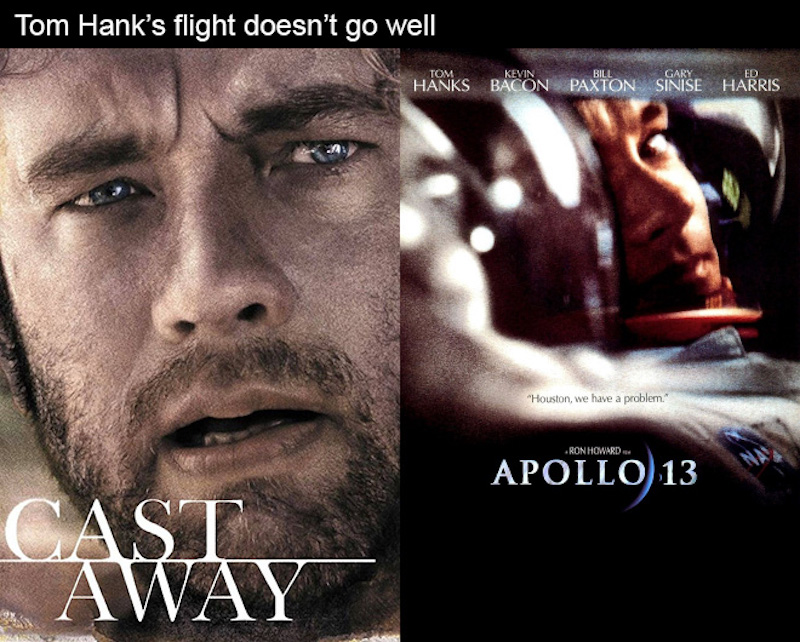 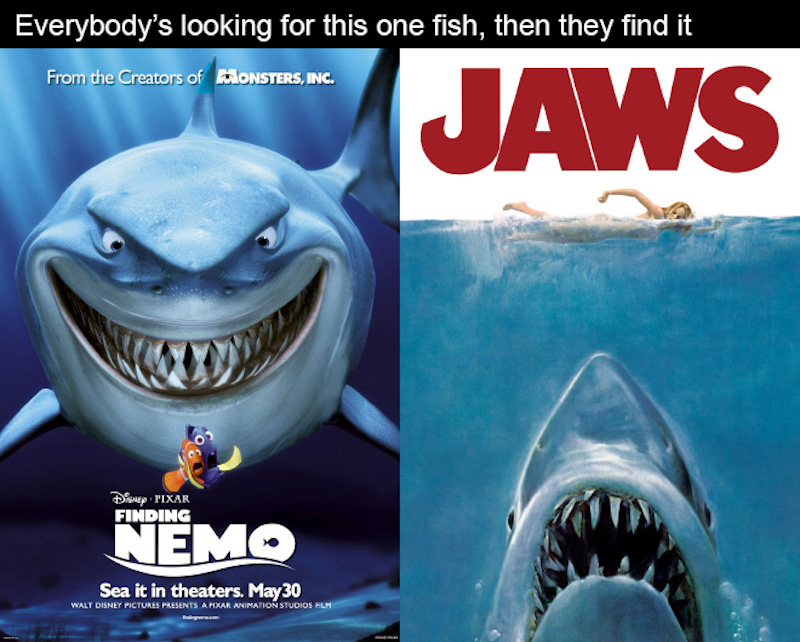 “Everybody’s looking for one fish and then they find it.” 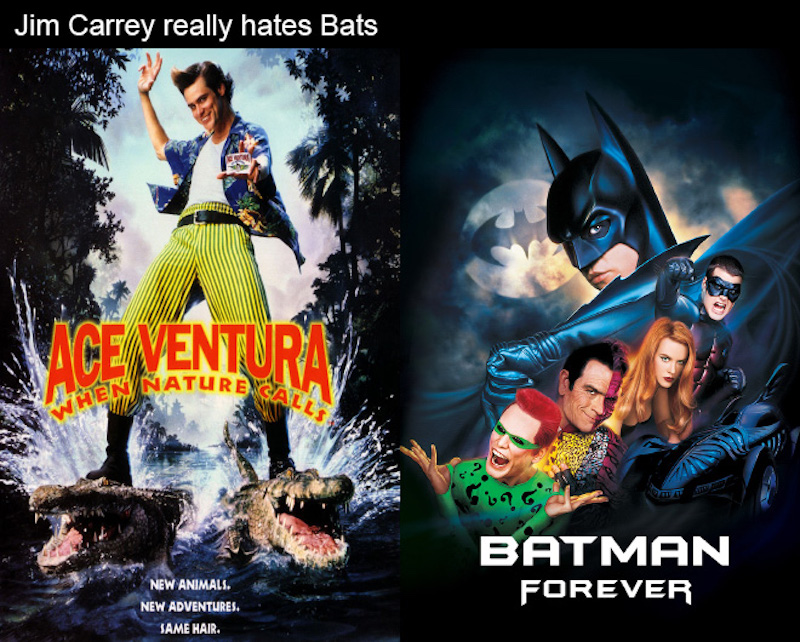 6. The Lord of the Rings and Brokeback Mountain 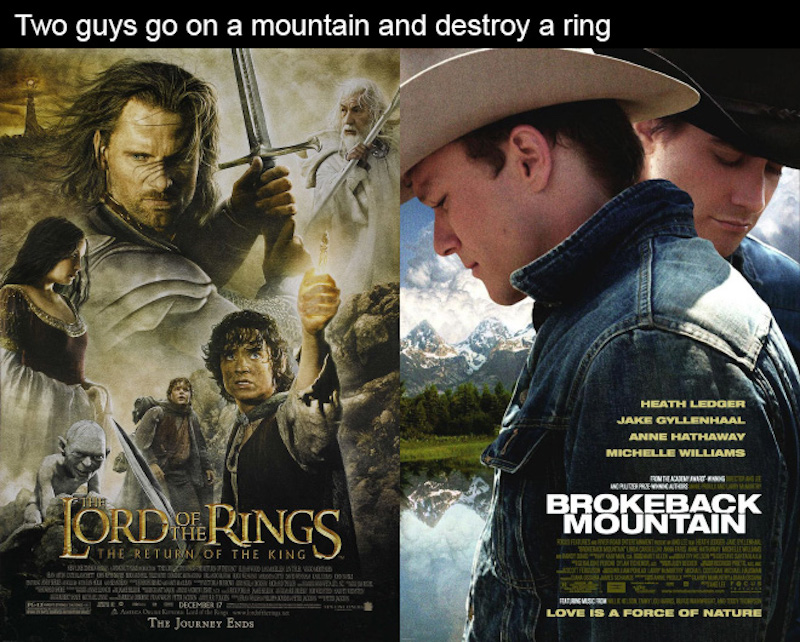 “Two guys go on a mountain and destroy a ring.”

7. Black Beauty and Sex and the City 2 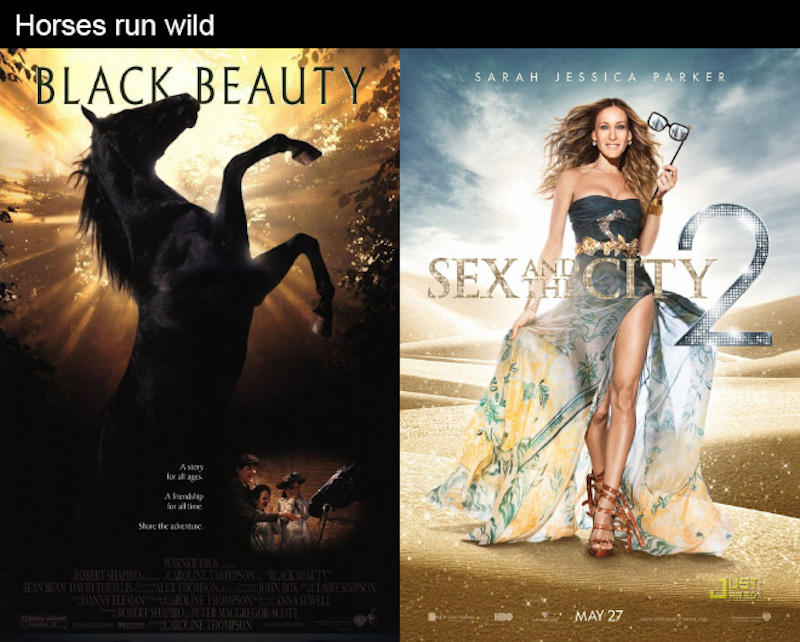 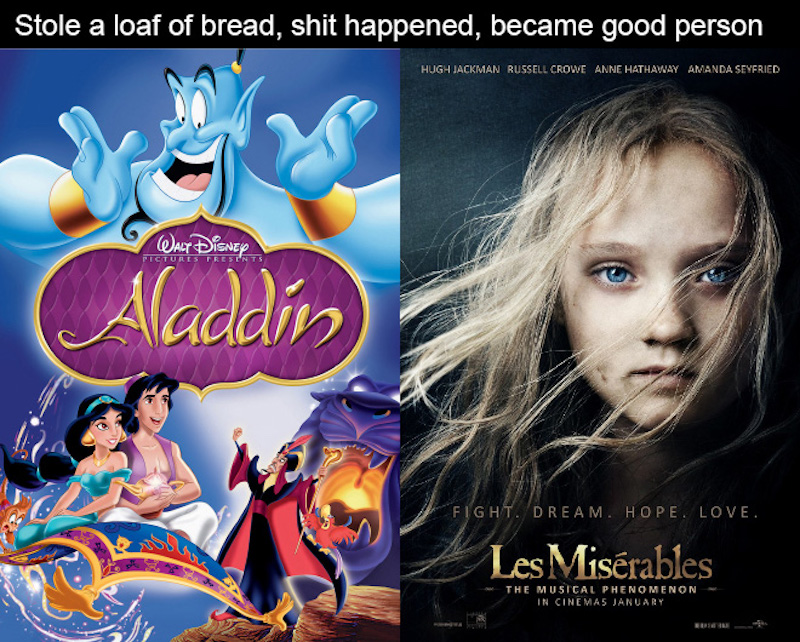 9. Titanic and The Sixth Sense 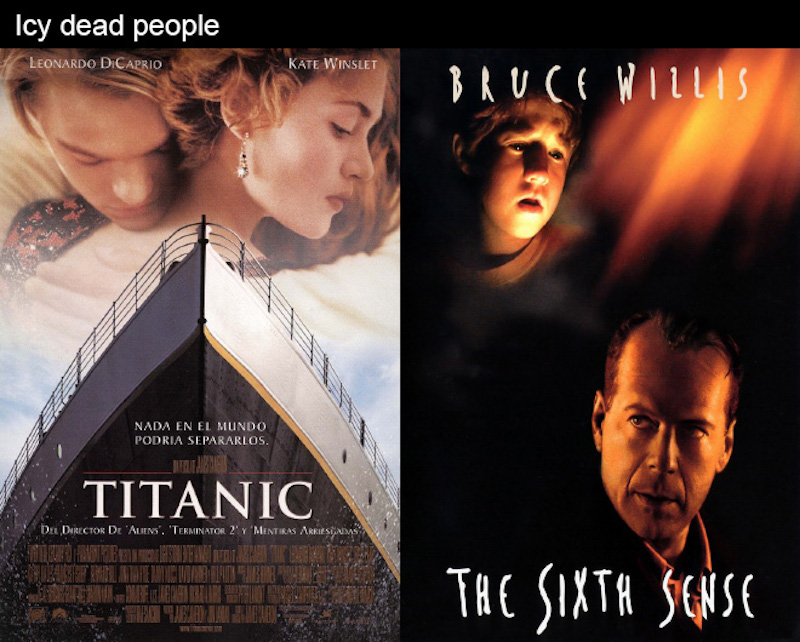 10. Mrs. Doubtfire and The Empire Strikes Back 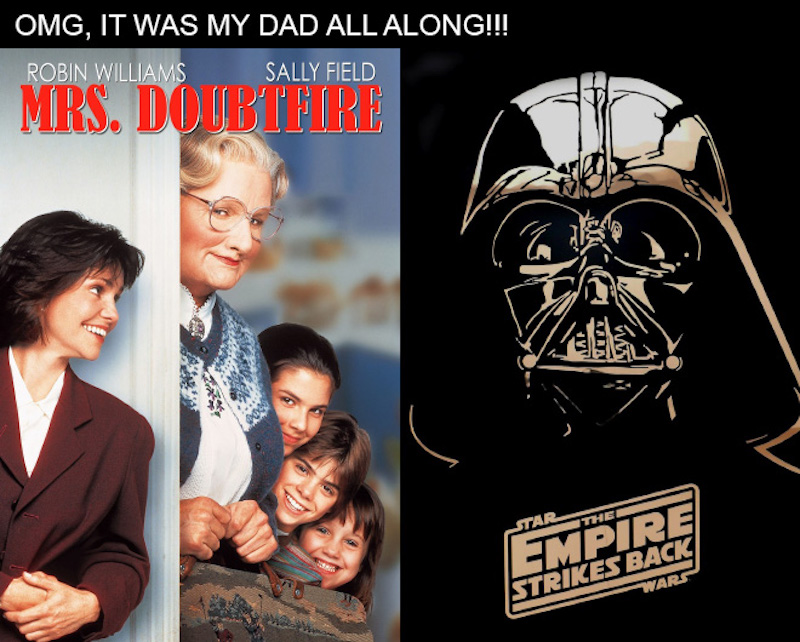 11. The Breakfast Club and The Human Centipede 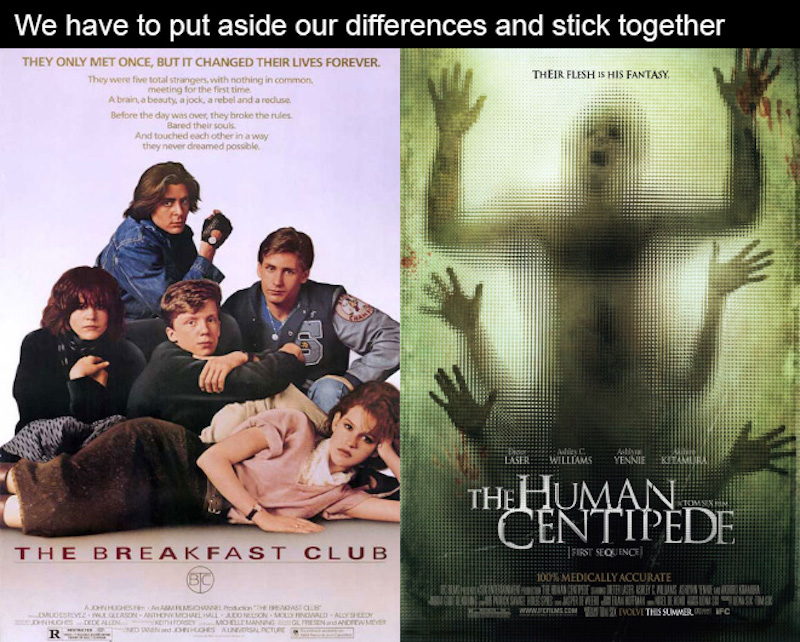 “We have to put aside our differences and stick together.” 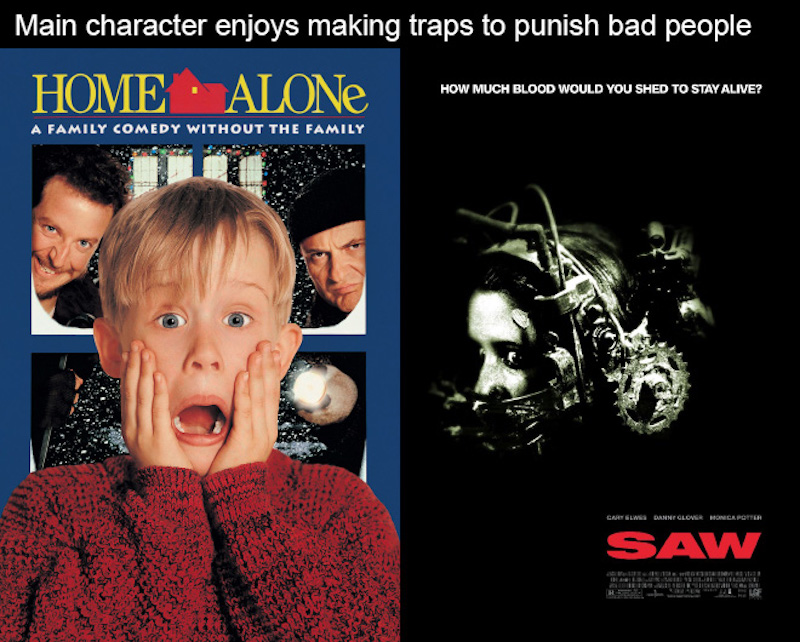