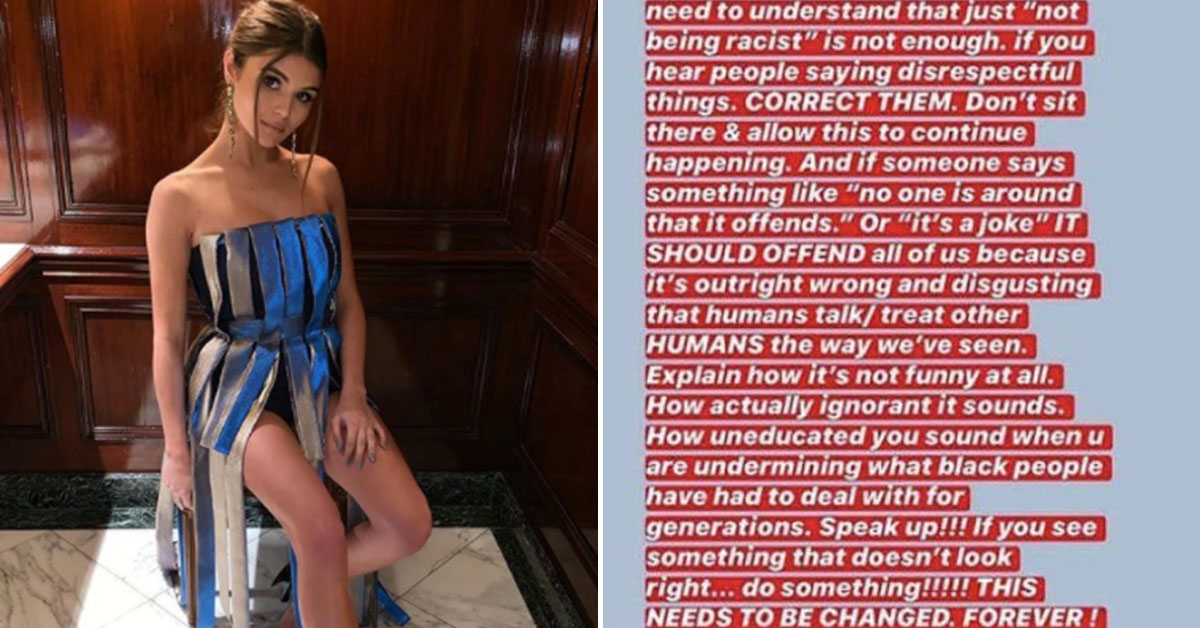 If you’re not an avid YouTuber and/or 19-year-old girl, you’ll probably recognize Olivia Jade as the daughter of Full House star Lori Loughlin.

Yes, the one who was at the center of the nationwide college admissions scandal.

Last month, Loughlin pled guilty to bribing her daughter’s way into the University of South California (but not after trying to fight it in court instead of settling at the outset as Felicity Huffman did.) 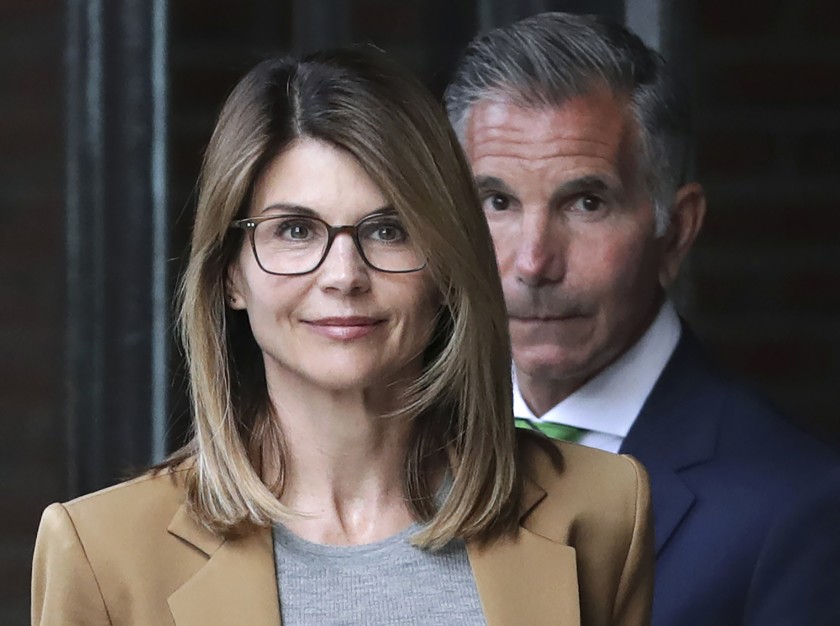 Flash forward to this week, when Olivia Jade decided to weigh in on the Black Lives Matter movement via her Instagram stories: 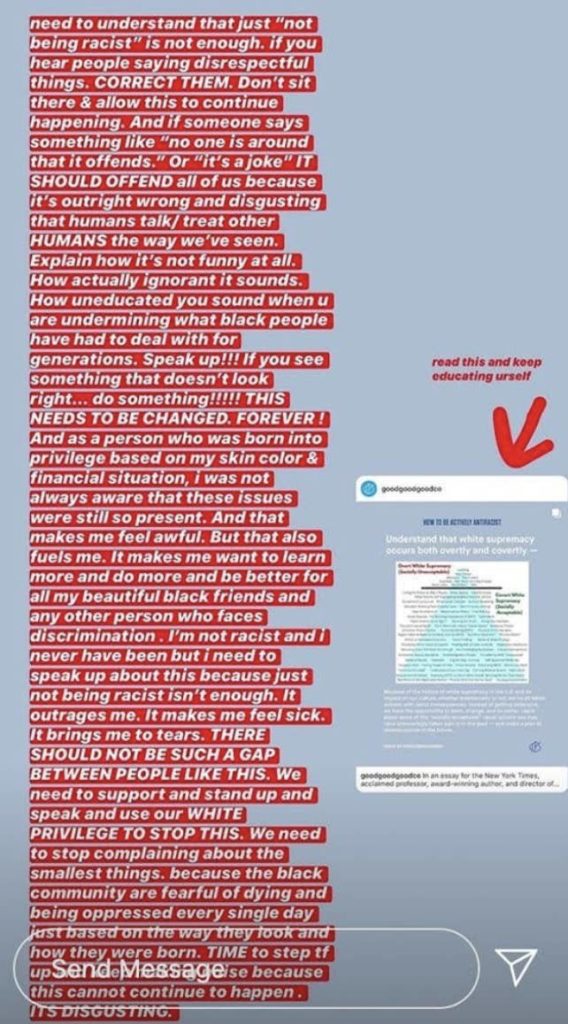 “As a person who was born into privilege based on my skin color and financial situation, I was not always aware that these issues were still so present. And that makes me feel awful. But that also fuels me,” said Olivia Jade.

“It makes me want to learn more and do more and be better for all my beautiful black friends and any other person who faces discrimination.”

“I’m not racist and I never have been, but I need to speak up about this because just not being racist isn’t enough. It outrages me,” she added. “It makes me feel sick. It brings me to tears. THERE SHOULD NOT BE SUCH A GAP BETWEEN PEOPLE LIKE THIS. We need to support and stand up and speak and use our WHITE PRIVILEGE TO STOP THIS.”

Did you catch the part people are upset about? Well, I’ll give you a hint: she quite literally used her privilege to get into college and most of us only know who she is because of that. Were her words well-meaning? Probably, but that didn’t stop the Internet from sounding off:

LOL @oliviajadee posting about white privilege! The audacity you have to post about privilege when your parents tried to forge documents and buy you a spot at @USC is beyond me. Honestly how tone deaf and out of touch could you be?? Just sit down and shut up.

Now, it should be noted that we’re not big on overly-criticizing those who are genuinely trying to help the Black Lives Matter movement, and Olivia Jade did donate to the cause, but, you know, maybe try not to effectively roast yourself when talking about it?