The Circle, a Netflix-produced reality tv show that is a remake of a UK program of the same name, has quickly become a cult favorite. Though some critics have compared it to Black Mirror over the premise—contestants compete in what is essentially a popularity contest for a $100,000 prize, except they never actually get to meet each other IRL because all contact is done via instant message—most people are obsessed with it. An added twist is that some of the contestants are catfishes, and the other players don’t find out until that player is voted out.

Anyway, it’s absolutely addicting. If you know, you know. 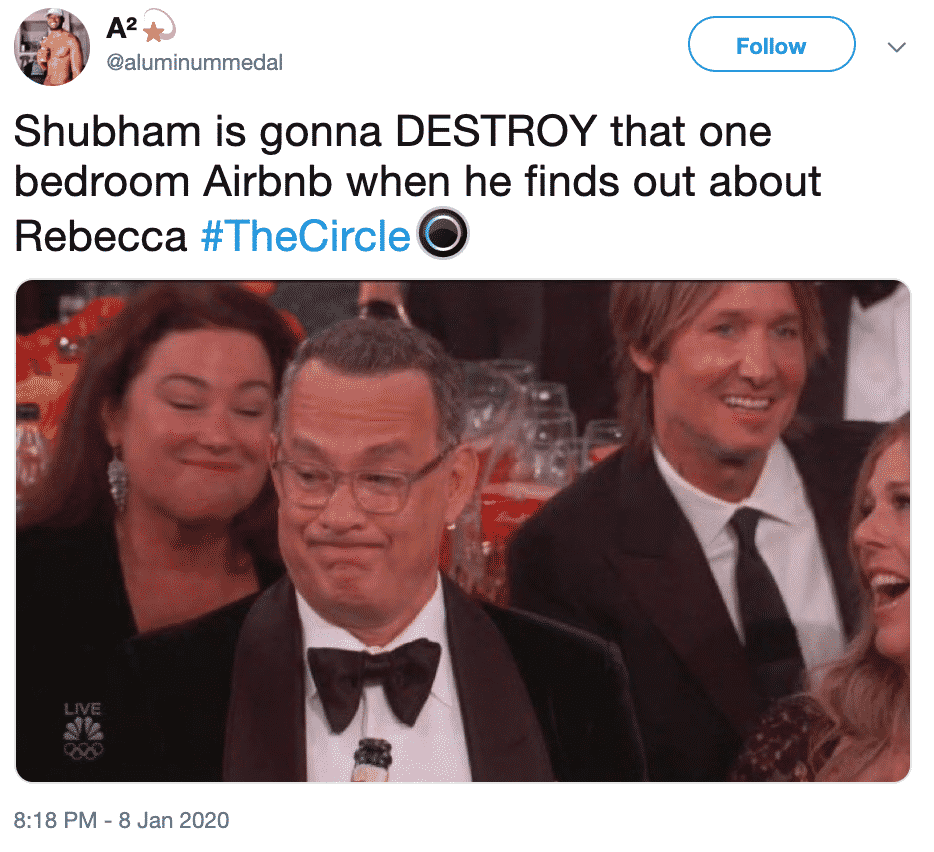 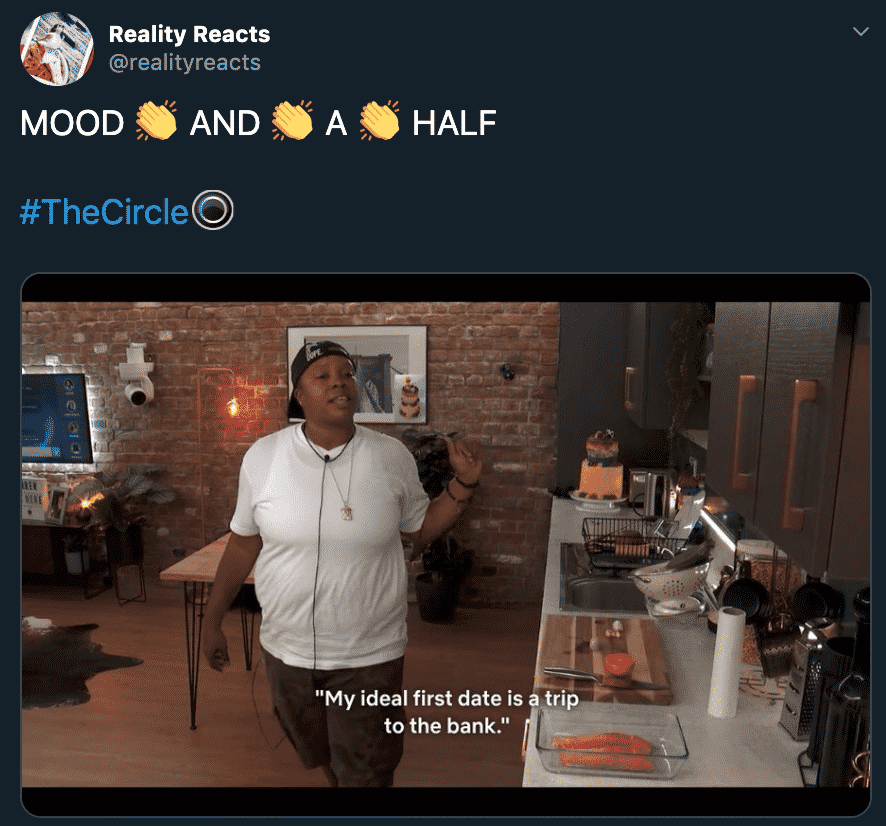 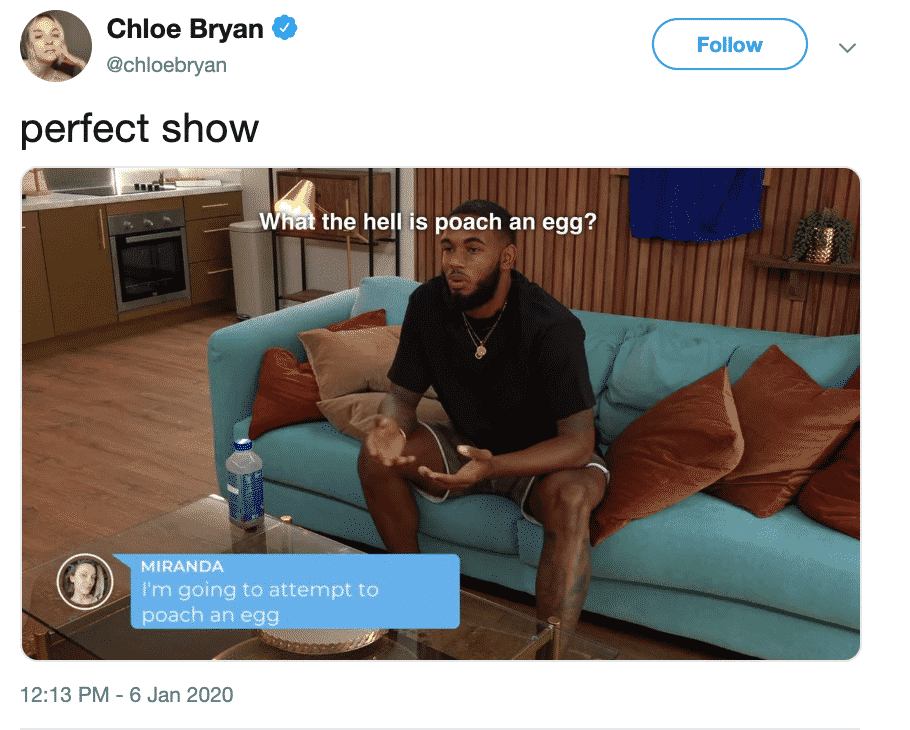 This is sending me #TheCircle pic.twitter.com/5ugdKGhI6U 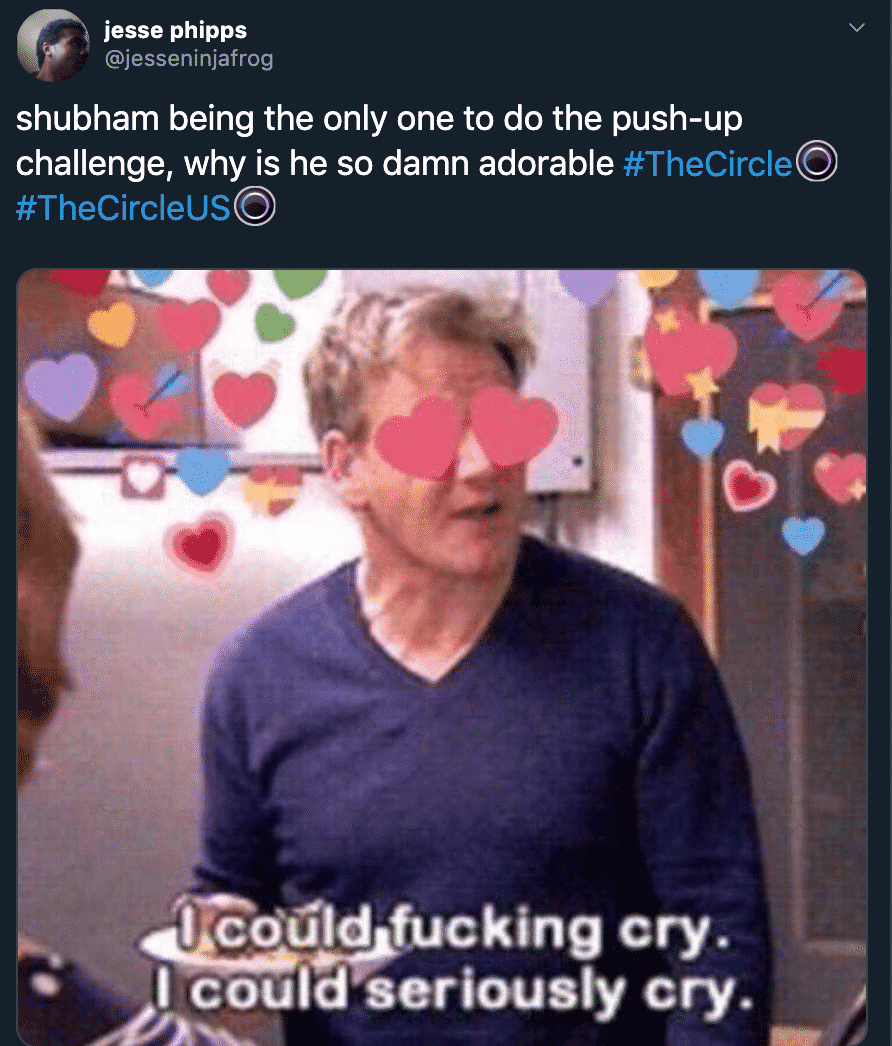 I never in a million years would have thought that Joey would be my favorite person on The Circle, yet here we are. pic.twitter.com/IUnrwtKhOe 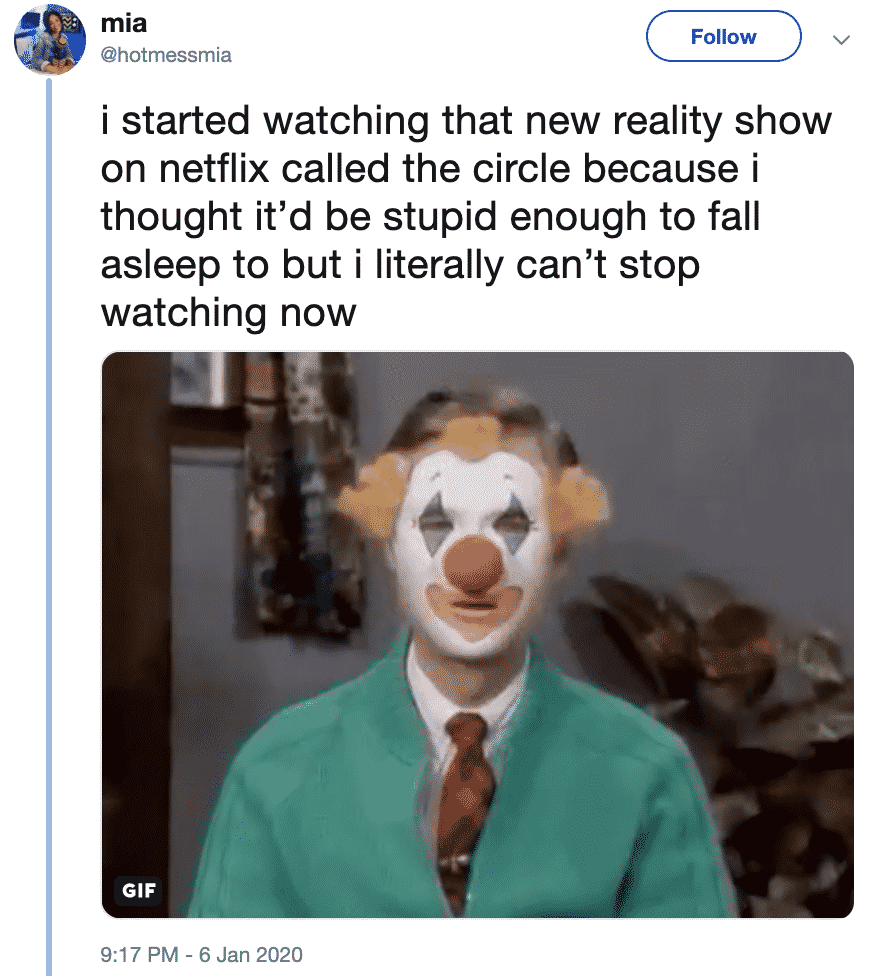 I could watch Rebecca 24 hours a day. #TheCircle pic.twitter.com/BmwV7ycGJT 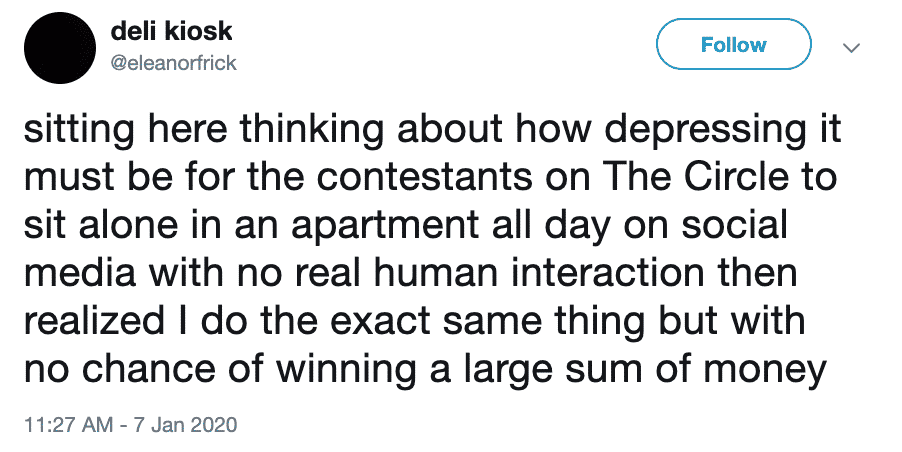