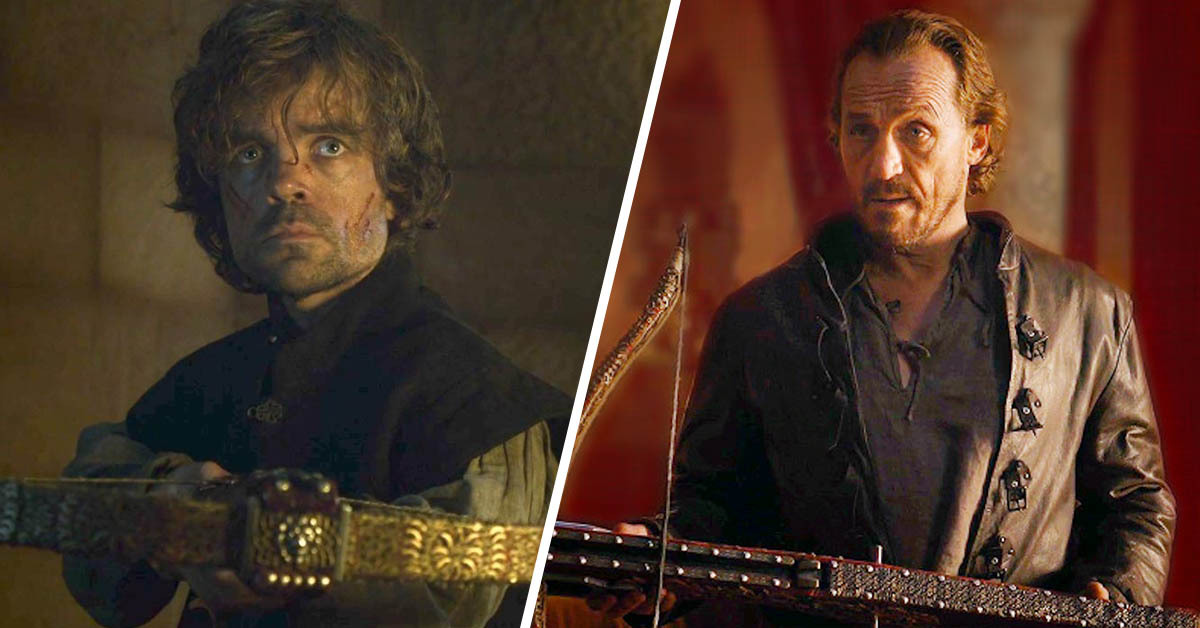 With it being the last season of Game of Thrones, fans are anticipating that many of our favorite characters will die before the final episode. As the Army of the Dead march on Winterfell, we already know that next week’s episode will be a blood bath. But, some of the biggest questions floating around are who will die and how will they die?

Among the various theories that have been circulating online, fans have comprised a new theory based on the past several seasons. Shared on various Facebook pages, the theory lists off major characters who have died throughout the series—the same way they happened to have killed someone else throughout their life.

Do you think Bronn will kill Tyrion with a crossbow? #GameOfThrones

The theory runs through several deaths in the series:

1. Ned Stark beheaded a man of the Night’s Watch and then was later beheaded himself.

2. Olenna Tyrell poisoned King Joffrey, was then killed by poison.

3. Ramsay Bolton killed his stepmother and little brother (and numerous other people) with his dogs/hounds—died of the same fate.

4. Roose Bolton betrayed Robb Stark and stabbed him in the heart, he too was stabbed in the heart.

6. The Sand Snakes or Dorne were all killed using their favorite weapons of choice—including Ellaria Sand who was killed by the poison she used against Myrcella.

7. Littlefinger betrayed Ned Stark with a knife on his throat and was cut by the same knife.

8. Ygritte killed Ollie’s parents using an arrow, died by being hit with an arrow.

9. Lysa Arryn was known for throwing people out of the “Moon Door” in The Vale, died by being pushed out of the Moon Door herself.

The theory then suggests that Tyrion Lannister may die by the same fate in which he killed his father—Tywin Lannister.

As any fan recalls, Tyrion killed Tywin back in Season 4, Episode 10 after Tywin tried to have Tyrion executed for murdering Joffrey—even though deep down Tywin knew his son was innocent. After having Tyrion put on trial for murder, he ended up sleeping with his girlfriend—Shae—who Tyrion later found in Tywin’s bed. Not only was Tyrion heartbroken, but he was sick and tired of his father treating him like a burden and a curse no the Lannister name.

So, he shot him with a crossbow while he was on the toilet—classy.

In Episode 1 of Season 8, Cersei has Qyburn visit Bronn and offer him a chance at redemption against the Lannister’s who “betrayed him.” Qyburn points out that both Jaime and Tyrion gave Bronn promises they have not kept, trying to manipulate him into killing both of her Cersei’s brothers—if they survive the battle in the north, that is.

Qyburn says Cersei hasa “keen sense of poetic justice,” before presenting him with the same crossbow Tyrion used to kill Tywin on the toilet.

However, it has led some fans of the series asking if Tyrion will die at the same fate he killed his father, Tywin, now that Bronn has the crossbow in his possession. While Bronn is a good friend of Tyrion and saved him more than once, the actor who plays Bronn—Jerome Flynn—said in an interview that “fans might not love Bronn in Season 8.” Which, could, of course, give us the assumption that he does f**k over his dear friends.

And, yet, many recall a conversation between Tyrion and Bronn back in Season 1 where Tyrion says to Bronn:

Though I would treasure your friendship, I’m mainly interested in your facility with murder. And if the day ever comes where you’re tempted to sell me out, remember this: Whatever the price, I’ll beat it. I like living.

And, again in Season 7 when the two reunite at King’s Landing for the iconic meeting with Cersei. Tyrion and Bronn briefly talk and Tyrion questions Bronn’s alliances, saying:

Remember my offer. Whatever they’re paying you, I’ll pay double.

Therefore, there is the possibility that Bronn being so gold-hungry and only looking out for himself will take Tyrion up on his offer for “double” what Cersei is paying him. Or, he could also fall into the most-hated character on the show and kill Tyrion forgood.

Aside from Tyrion, fans are also wondering if Daenerys has anything to do with this theory, too.

Looking back on the last several seasons, many know that Daenerys uses her children to gain power in all cities and towns she has conquered. For example, she’s killed quite a few people with her “Dracarys” dragon breath. Like—Samwell Tarly’s brother and father.

If everyone in the show is to die of ironic fates and deaths, who is to say that Dany is any different? She has killed many people—even for just reasons—using her dragons, she very well could die of the same fate, especially now that the Night King is in possession of one of her dragons. With Viserion now a White Dragon, who is to say that the Night King won’t try and use Daenerys’ own child against her? Or, maybe he’ll take another dragon from her during the battle this season.

To add to this theory—Jon Snow is now officially accepting the fact that he’s a Targaryen. We’ve already seen him riding a dragon and becoming “one with the beasts,” could it be that he, too, tries to take a dragon from Daenerys and use it for his own power? Seeing as his father is Rhaegar Targaryen, maybe he will take hold of Rhaegar and use it against Dany.

She’s clearly unhappy at the news of Jon’s true identity, pointing out (very angrily might I add) that he is the one true male heir to the Iron Throne—not Dany—despite how long and hard she has fought for her seat.

If the theory does hold up, we could see Tyrion and Dany dying this season in the most ironic and unexpected (or, now expected) ways.