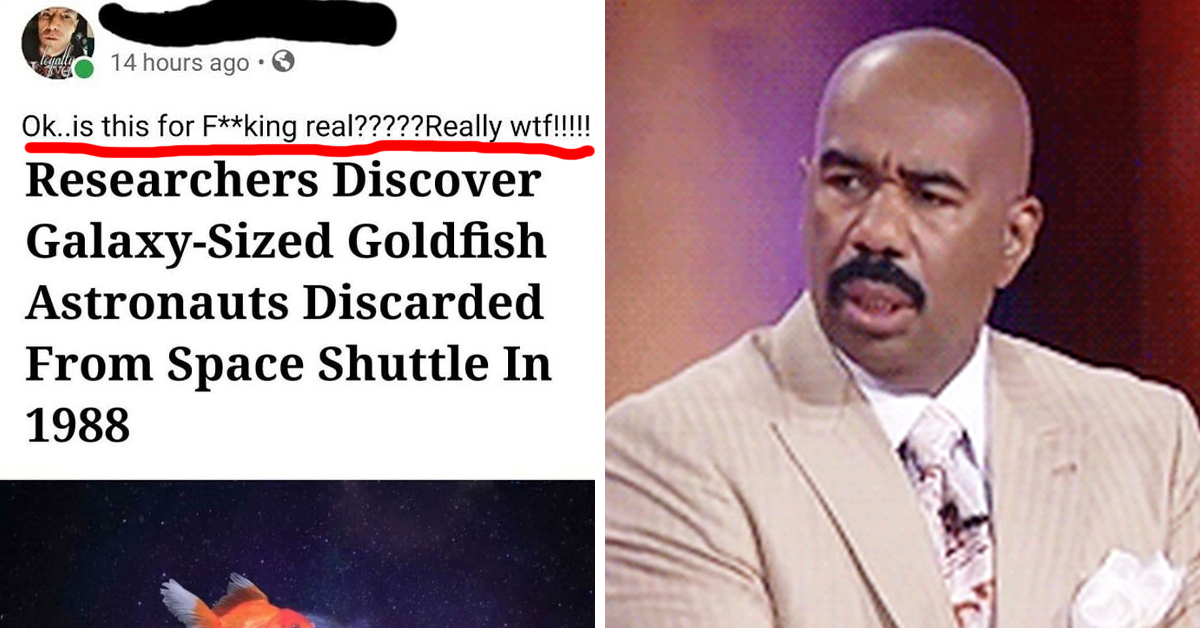 I sure hope none of these people read Swift’s “A Modest Proposal”.

These 20 people below were confused by the satire on popular site The Onion and truly believed that the stories, which I again stress are not real, were… real.

‘Ate The Onion’ is a subreddit dedicated to collecting screenshots of these — bless their hearts — morons.

5. I mean, we’re doomed, and because of one person in this picture, but it’s not Biden.