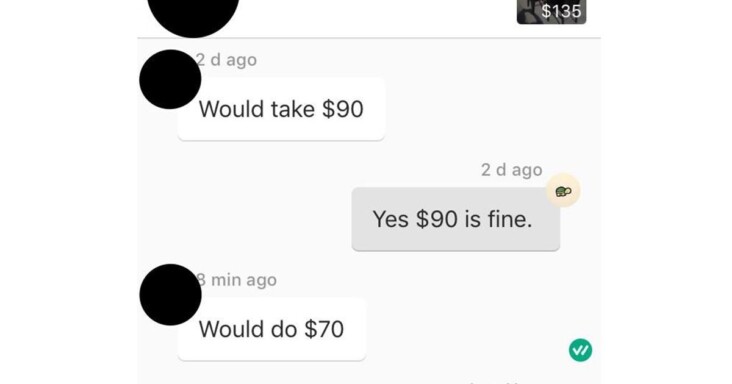 Choosing beggars are notorious for not knowing how to bargain or negotiate. A choosing beggar wants everything for free. So, when one appears in the wild to ask about price, they usually will not come to an agreement with the seller. Frankly, anyone who sells anything online is going to encounter a person who’s never haggled or, it seems, never talked to another human being before. About anything.

I’m not here to judge. I love free stuff. In fact, I once mentioned some ice-cream I really liked on a podcast, and the company was so thrilled they sent me several pints of it in the mail. I now weigh 240 pounds. It’s the greatest gift I’ve ever received. However, I would never in a million years ask for the free stuff (except for the time I did a few months later). I digress. We’re here to commiserate with people who encountered customers online who never learned how to negotiate the price.

It’s fun to think about what their lives were like before this. Probably asking what items on the dollar menu come for free.

Here are the choosing beggars who absolutely never learned how to negotiate:

1. Think of the children.

2. This person has never haggled or done math. 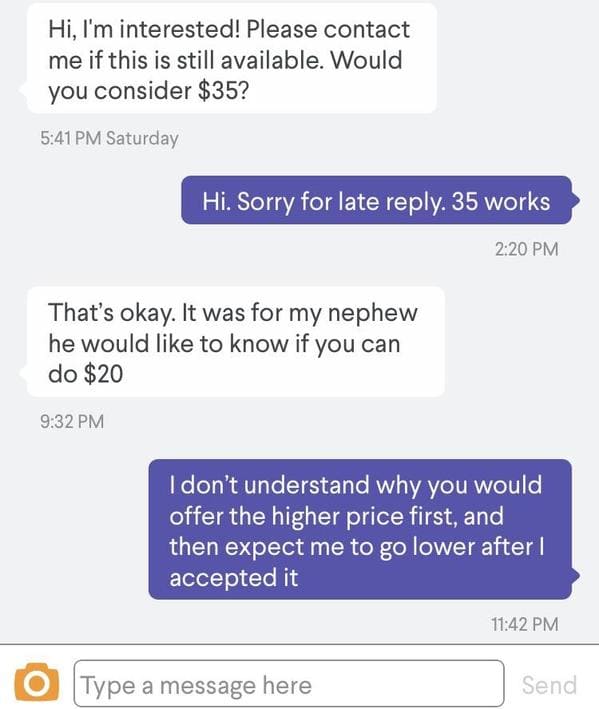 5. “I found a cheap version that is cheaper, what now?” 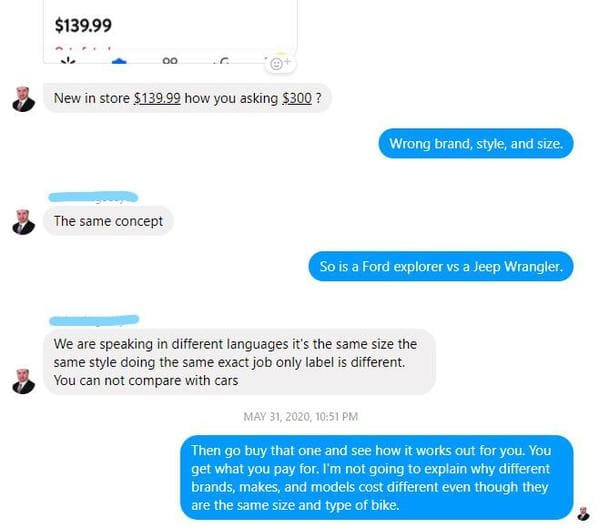 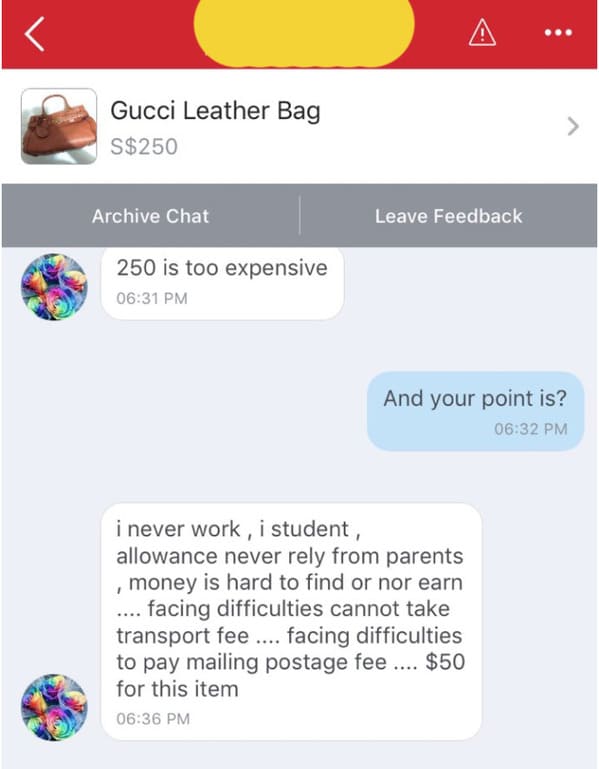 7. Can I get a discount for being a complete stranger? 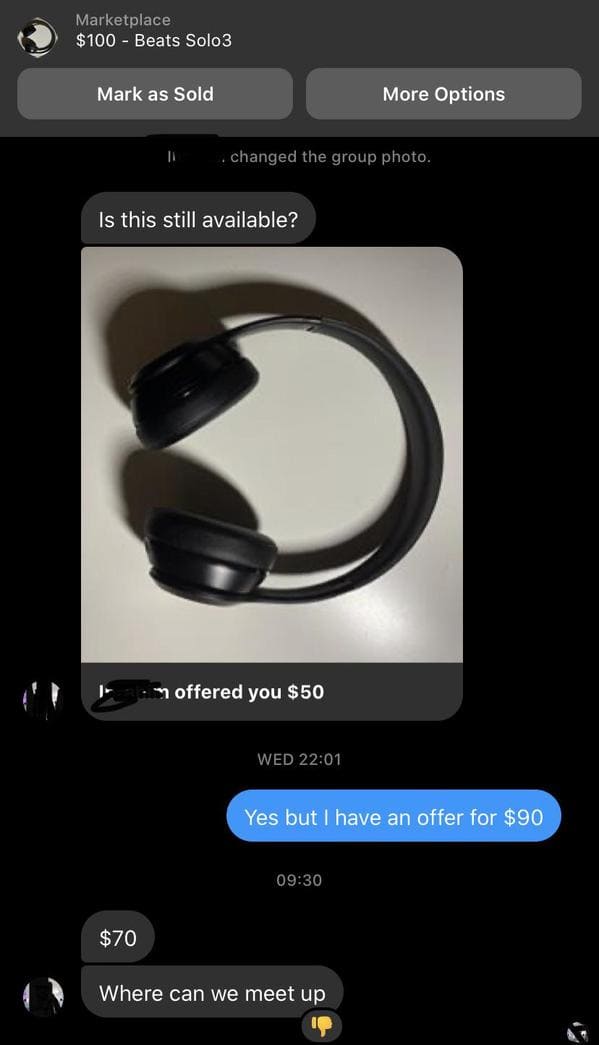 8. Here’s my pitch: live somewhere else.

9. Here’s my final offer: nothing.

10. This person is interested in their own bottom line more than yours. 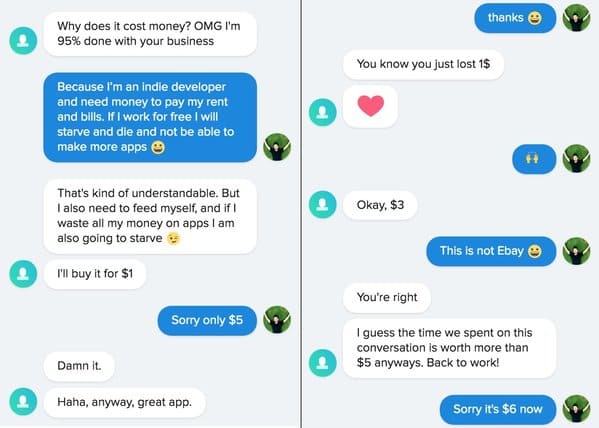 13. If you’re swearing at the end, you probably messed up. 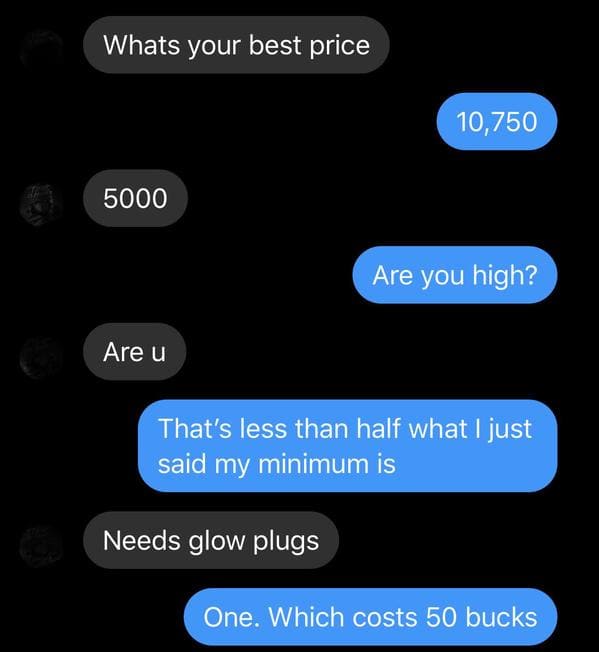