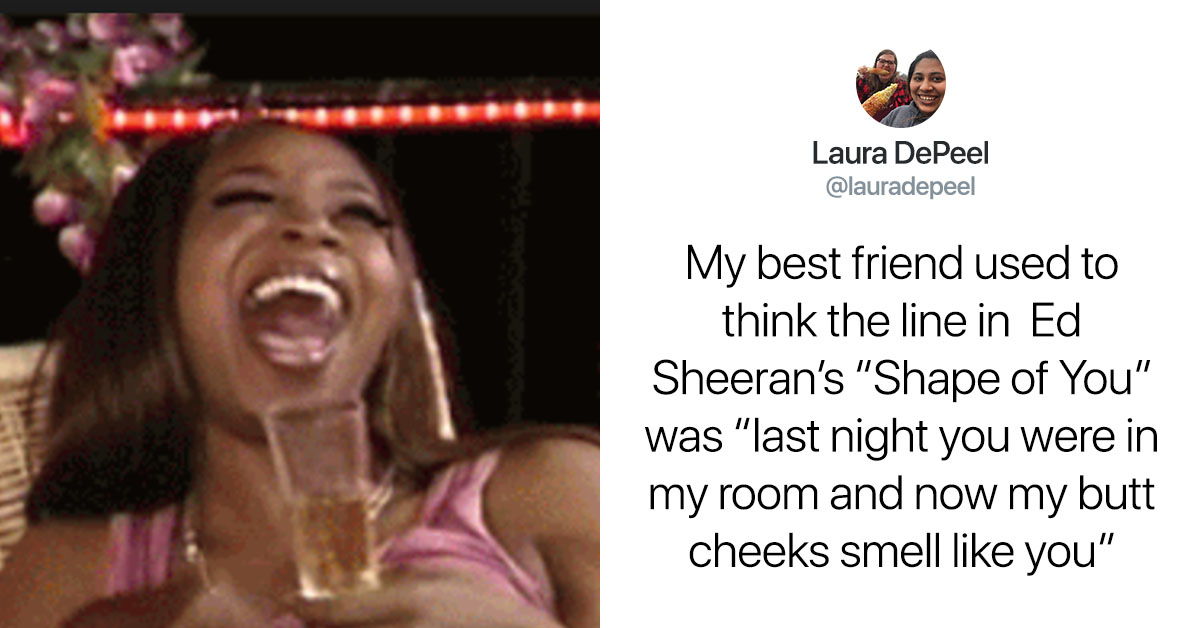 When it comes to music, everyone knows it’s universally true that we always hear lyrics incorrectly on the first (or second) listen. It’s not our faults, sometimes the radio is full of static, or we hear a song we enjoy when we’re out at a bar and it’s really loud, or maybe at a concert, even. Regardless, we learn the lyrics wrong and end up singing the song wrong—forever. How embarrassing, right? Well, the best part of misheard lyrics is when you admit what lyrics you’ve been screwing up and what you’ve been saying instead of the real lyrics.

It's Hashtags time! Tell us about a song lyric you or a friend misheard and tag it with #MisheardLyrics. Could be on the show!

Thanks to Jimmy Fallon and The Tonight Show, people online are sharing all the misheard lyrics they’ve ever heard/sang and holy sh*t, are these bad.

When I was a little girl I was out in the garden innocently singing 🎶 “I’m your Venus… I’m your Penis…. I love you Sire” 🎶 My older Sister corrected me and then told Mom. 🤦‍♀️ #MisheardLyrics

The first time I went out with my wife, as we danced, she sang: "Hold me close, Italian Dancer." I almost walked out. #MisheardLyrics

me, who clearly doesn't know the lyrics to Footloose:

FOOTLOOSE
PET GOOSE
PICKED A FIGHT WITH A MOOSE

CHEESE
STIFF BREEZE
WATCH OUT, THERE ARE TEN BEES

As a child I was sure the right lyrics was: "Who you gonna call? (Those bastards!)" #MisheardLyrics

A friend of mine would sing You Shook Me all Night Long”She was a fax machine, she kept her mother clean”. #MisheardLyrics

My daughter came home from preschool and had learned the Star Spangled Banner. Instead of “and the home of the brave” she sang “and the holy home of Dave” #MisheardLyrics