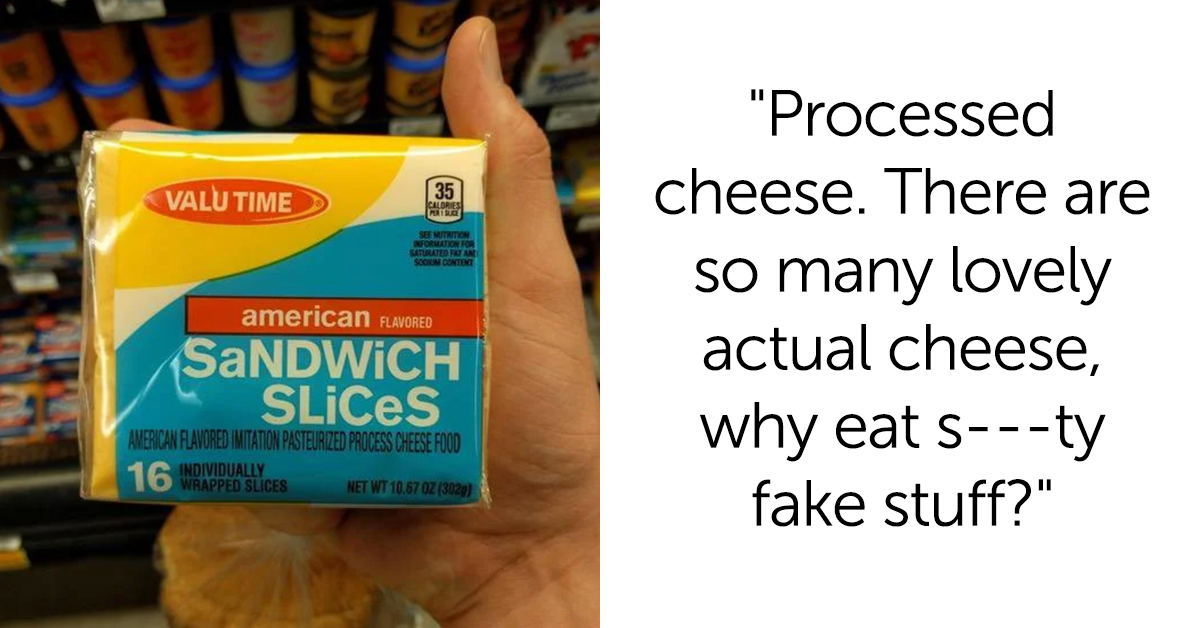 American eating habits can often seem strange and confusing to non-Americans. We like ice in our drinks, milk in our cereal, and ketchup goes on everything — fair items to lift an eyebrow over if you’re not from the ol US of A. These quirks of American cuisine often reflect the diverse cultural backgrounds that make up the United States, but citizens of other countries generally just side-eye us. Here’s a collection of confounding items sourced from the fine folks of AskReddit.

Sweet potato and marshmallow casserole. What the actual fuck?

Processed cheese. There are so many lovely actual cheese, why eat shitty fake stuff?

I’m American, but multiple Europeans I’ve met have been baffled at the popularity of root beer, as they say it tastes like medicine to them.

my German BIL lost his mind at all you can eat buffets. They’re pretty rare there and expensive, so when we went to one, he was like “All of this…. all one price? ALL of it?”

My European family and friends are horrified by grits. I can’t get anyone to try them.

Met some Swiss guys at a house party after a mutual friends wedding. They couldn’t believe that we were all actually drinking out of red Solo cups, it blew their minds. They kept on taking pictures and saying “It’s just like the movies!

The spasticated swapping about of cutlery.

Just hold your fork in your left hand and your knife in your right and keep them there (unless you’re left-handed in which case kill yourself).

American bread is very sweet. I have a friend whose brother drives for Bimbo, the Mexican bakery company. They make cakes and bread for the Mexican-American market under the Bimbo brand. He says they can tell when immigrant families have become Americanized, as they stop wanting the drier Bimbo brand and start migrating to other labels like Sara Lee and Entenmann’s, which are sweeter and moister.

Mixing sweet and salty foods, like honey-baked ham, pineapple on pizza, frosty fries, corn bread, and then pouring super-sweet soda over all your meals as you eat them… Even after 17 years in the states I still can’t do it, fuckers drink some kind of flavored soda with everything, but when I order club soda (soda without flavoring) with my meals they all look at me like I just took a piss in my cup before drinking it….

You put so much salt or sugar into everything that it’s ridiculous. When I first moved their, bread tasted like cake, and anything I ordered in a restaurant just tasted of pure salt.

Bringing leftovers from a restaurant home with them.

The way you use a knife and fork. You seem to cut everything in to small pieces while holding them weirdly and then put the knife down and fork it up.

That they don’t sit down and have a proper Sunday roast as a family.

“Uh yeah, I’ll have a regular burger, small fries and a bottle of water…nah, just fuckin’ with you – give me a double double down extra supermax burger, a bushel of fries, and an oil drum of Coke…hang on, I’ve got a coupon for that!”.

Pancakes and syrup for breakfast. Growing up, pancakes were dessert, and then only if we begged our mother long enough and hard enough. She would have laughed in our faces if we suggested she make them first thing in the morning.