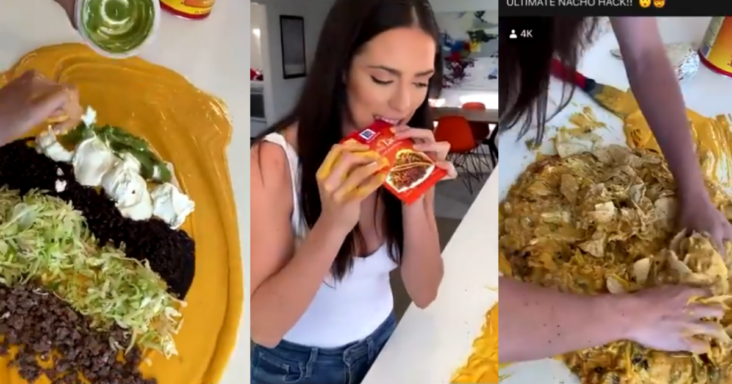 There is just something really disturbing about watching a person spread their hands all over nacho ingredients like its finger-paint, but that’s what this woman did. And the internet is not letting her hear the end of it. 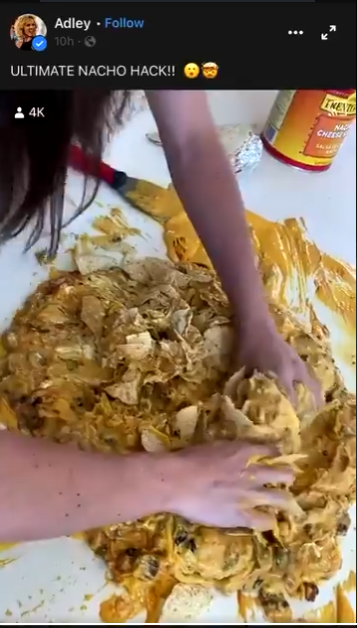 A video is making the rounds of a woman making nachos by laying the ingredients all on a table. We’ve all lived through 2020 and are currently living through 2021 — it’s like she has learned nothing about germs.

Each thing she does next is even more stressful, but spreading nacho ingredients around the table with her hands took the prize. At the end, she scooped up the nacho concoction with an ice cream scooper and put it in a cone.

Twitter user @PettiBetti_ took a screengrab of the video and posted it with the caption “I just know your lying.”

I just know your lying 😐 pic.twitter.com/MaQCYl2B0P

The tweet got the attention of many Twitter users, and they were not happy with this woman’s nacho-making procedure.

Here are 15 of the best reactions.

Keep this bs off my timeline😭 pic.twitter.com/lD9KfMGPn1

With her bare hands…….

A saltine doing the most as usual… Why would they even think of this abomination? pic.twitter.com/CO2jh4nedT

No pan. That cheese and meat cold asf. She put her hands all in that shit. I’m just done. pic.twitter.com/owVqc4rysp

This why I don’t eat at people’s houses unless it’s made or I’m making it with them. Absolutely disgusting… pic.twitter.com/AMKsbisRRf

When she put in her bare hands to mix the chips and cheese 🤢🤢 pic.twitter.com/rD4n8GteEY

Did she just raw dog the the taco seasoning pack? pic.twitter.com/eXhG3auSQa