An American stereotype (which is often sadly accurate!) is that we don’t know enough about cultures outside of the U.S. It’s an unfortunate truth that many people born in the U.S. don’t travel much outside of it—in fact, according to the State Department, only 36% of citizens have a valid passport. That’s a lot of people who don’t know what they’re talking about when they’re talking about basically everywhere else.

Even if Americans deserve our bad reputation, you do have to wonder, how accurate is the rest of the world’s picture of how Americans live? One tweet has pretty much answered that question: they have no idea.

Twitter user @YasmineSumman shared some pics of her local Tesco’s “American Food” aisle on July 4th, which was very on theme. 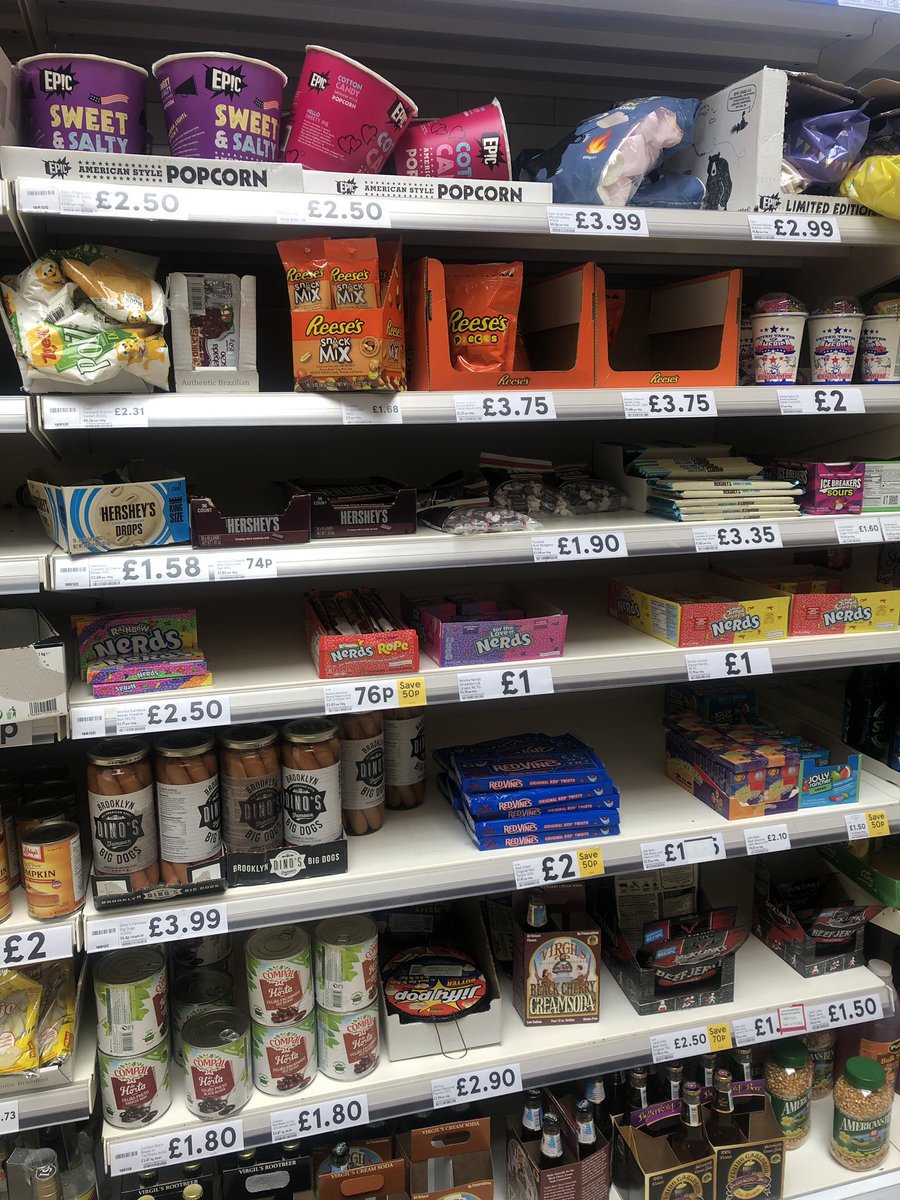 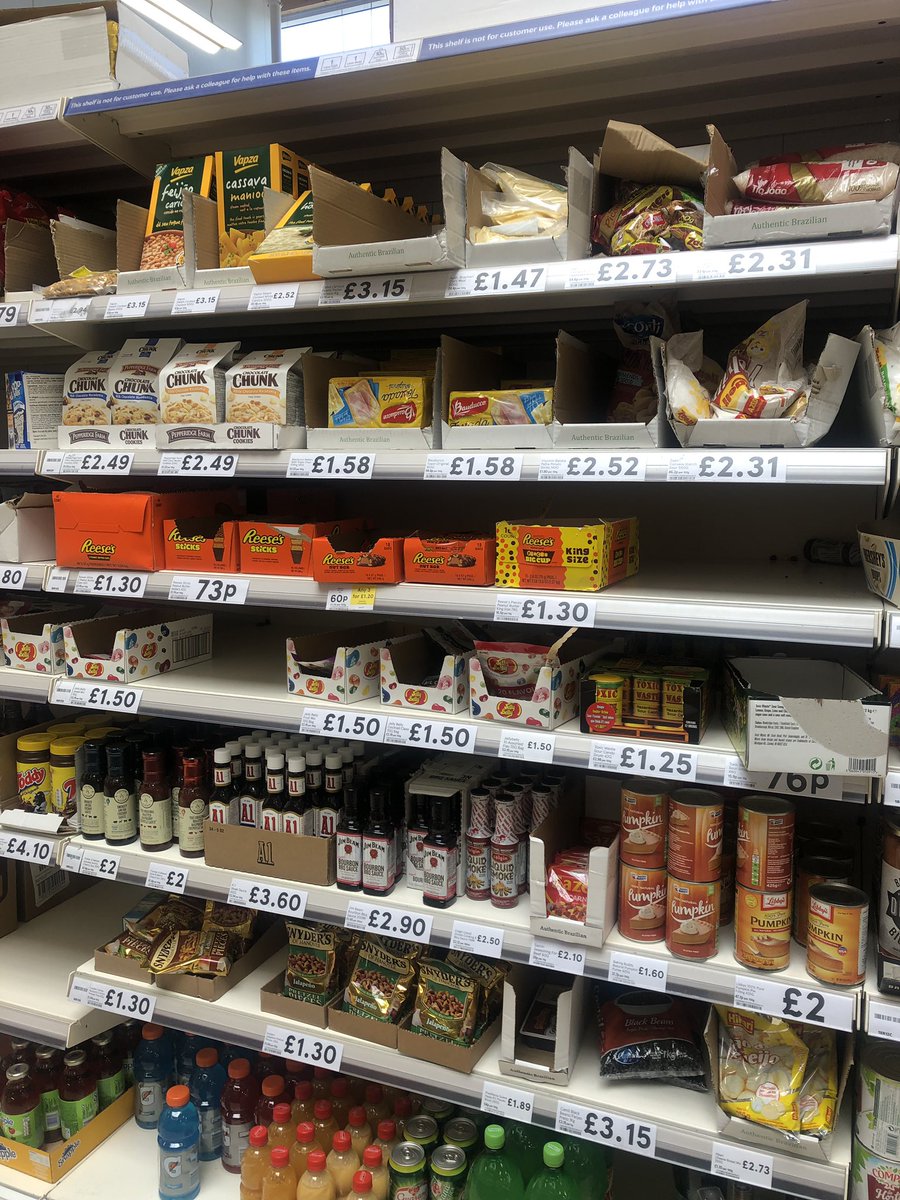 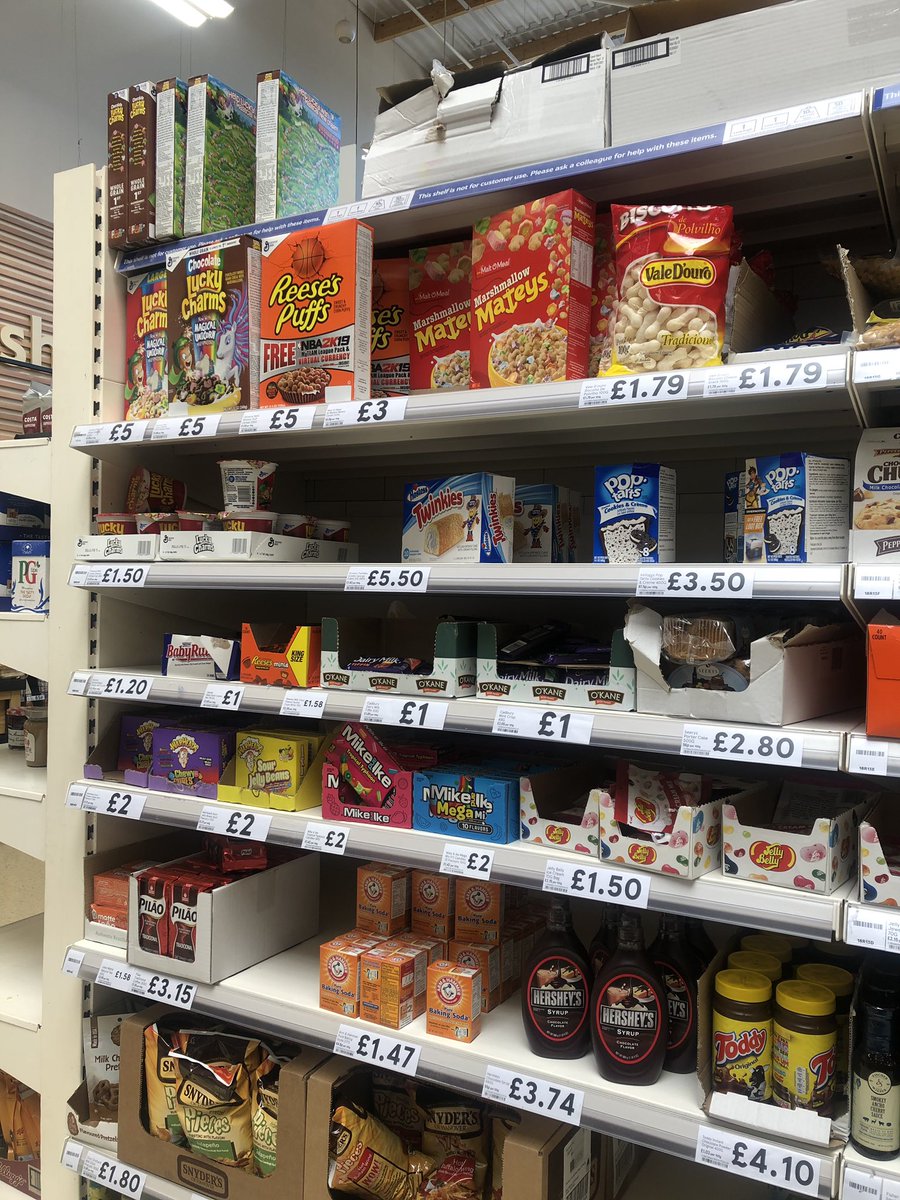 Tesco is a popular supermarket chain in the U.K., and either they get a lot of tourists or there are a lot of English people who like to nostalgically eat some of the garbage they sampled while visiting the U.S. on tour, because this aisle is big!

@YasmineSumman wanted to know if the food represented in this aisle was accurate to what Americans actually eat. The Americans who replied told her no. Absolutely not.

What’s wild is how the food on the shelves is actually kind of close, but a little bit off, like Tesco heard about what people in he U.S. through a game of telephone. Hot dogs? Sure! In water? Uh, maybe. It’s a sealed jar of hot dogs in water.

Hot dogs in a jar are an insult to American standards.

There were other questions, like does everyone think Americans just eat baking soda by the handful?

I’m gonna sound big dumb for a second but why is the baking soda with american foods???? Does Tescos not sell it??? pic.twitter.com/MVJCKdorKd

Most of the rest of the stuff is candy and snacks, but the Americans in the comments were disappointed in the selection:

I just sent this to some British coworkers I’ll see in a few weeks and said “what do you want?” This is only 4 photos, it went on for meters. pic.twitter.com/JnrDf2YYFT

Eh… some of the candy yes, a lot of the rest of it no

And one guy in the U.K. shared a picture of the English food aisle in a Publix, so these misunderstandings cut both ways:

Haha funnily enough, im from UK, currently in Florida (Estero) and was in a Publix store and found the British Isle.

What do we reckon? pic.twitter.com/Trq44LtRCi

It’s beautiful how we learn from one another and then completely misunderstand those lessons!

Overall, the hot dogs proved to be the most divisive issue, so @YasmineSumman weighed in to say hot dogs in jars are very normal in the U.K. (so please shut up about it, Yankees):

Tesco even chimed in to defend hot dogs in a jar:

Then keep them in your aisle, Scott. ‘Murica!