Imagine all of the pros that come from being Jon Bon Jovi.

You’re a legend. Your songs will be remembered and sung along to long after you’re gone.

Now imagine all the cons about being him.

You can’t go out and grab a coffee without some idiot singing a part of one of your songs to you off key.

And…you not only have to sit through a wedding band doing an awful rendition of one of your most popular songs at a private wedding you’re attending, you’re pretty much pressured against your will to get up and sing with them.

I dare you to watch this thing and not feel bad for the poor guy.

I mean, look at this face. Have you ever seen someone trying so hard to smile while clearly thinking, “Let this go god damn it, I don’t want to get up there.” 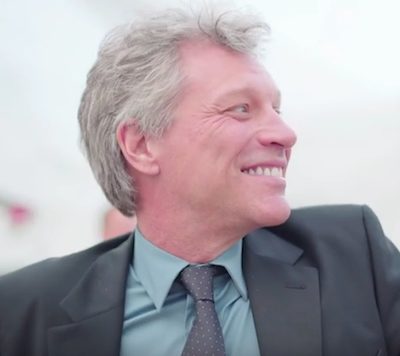