An office supply company in the UK named Viking wanted to be certain their employees were reading their handbooks thoroughly, especially the often-skipped-over safety guidelines. So they decided to add some very obviously fake scenarios into the mix to see if anyone would take noticed. These fake safety guidelines are completely ridiculous but way more entertaining than any safety guidelines you’ve had to read. 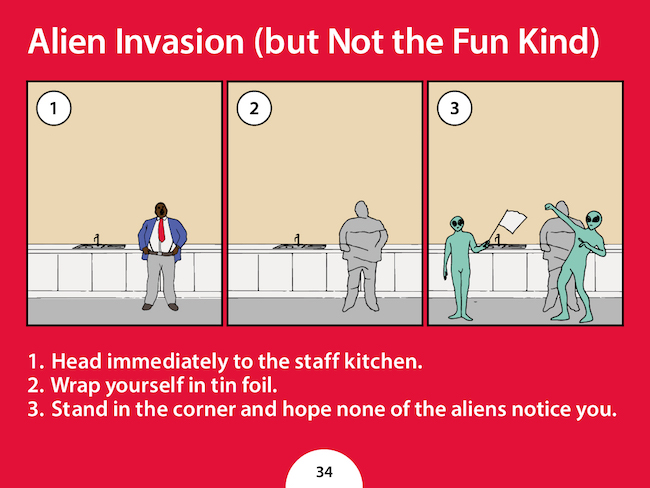 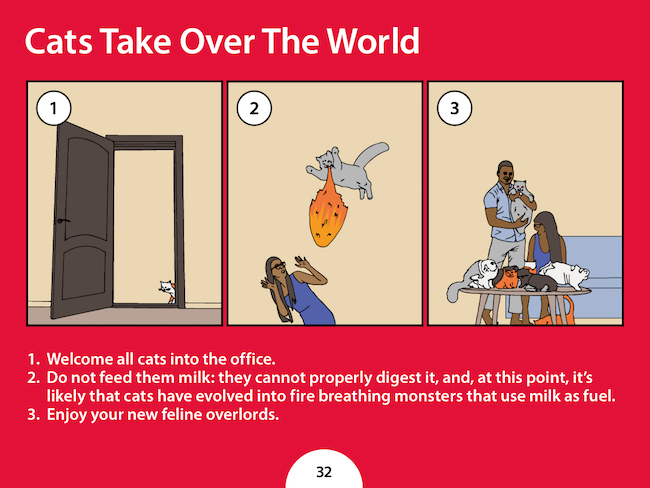 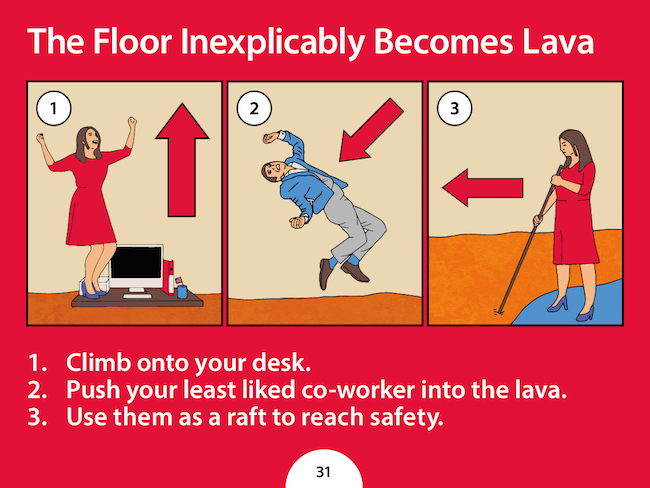 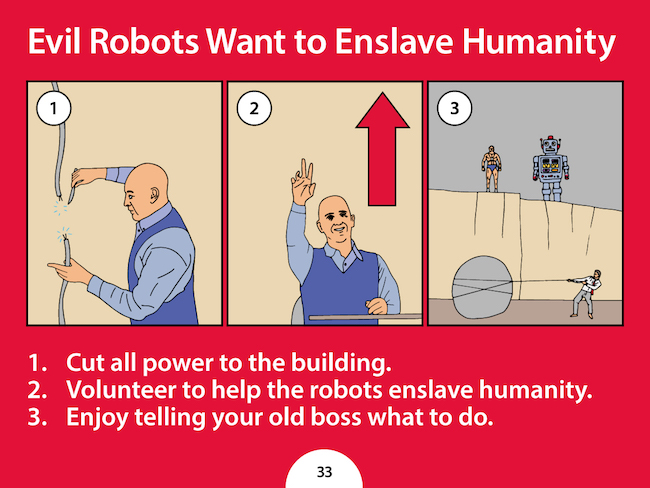 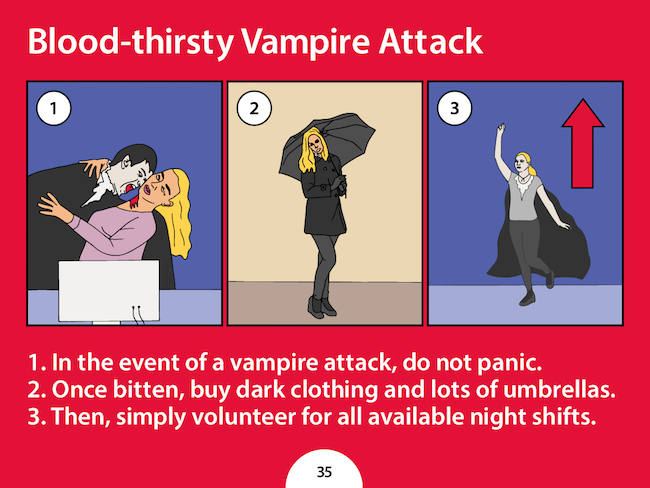 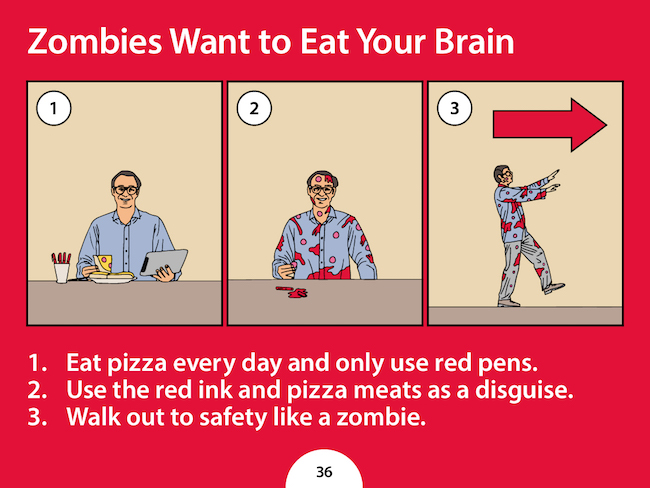 The company says the fake safety guidelines experiment was a success. A lot of employees took notice, which got people talking about the actual guidelines. So…if we are ever attacked by zombies or evil robots, I’m going to hang with the employees at Viking. They’ll know how to handle this shit.

You like fake things, do you? Then you’re gonna want to see what happened when A Guy Left This Fake Guest Book At An Airbnb In Florida And It’s Beyond Hilarious.