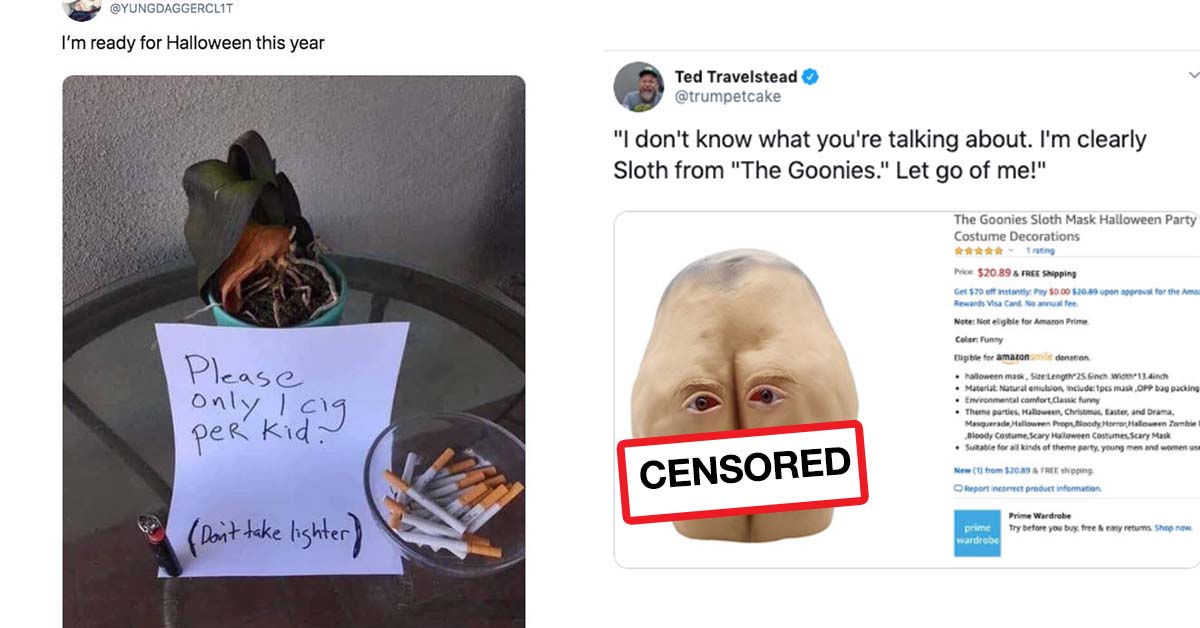 Some people have Christmas in their veins and have no issues blasting Mariah Carey in early September.

To them, I say, go ahead, but Spooky Season is my time to shine, and it’s never too soon to have a chuckle at some horror-larious Halloween memes.

me: *hits spider web down with broom*

me: *puts up fake spider web decorations for Halloween*

ladies & gentlemen, i present to you my dads halloween costume pic.twitter.com/E9mJ6zJwig

When you get sent to hell, these are the cookies in the waiting room while they process ya paperwork https://t.co/49MpWPp7Tc

He was so terrified when we brought him home 2 days ago, now he’s a member of the family❤️ pic.twitter.com/AaZpBQ2kP3

spiders watching humans put webs all over their house during halloween pic.twitter.com/k7lLc6E7MU

my bf is 6’2 i’m 4’9. he said he wants us to be sully and mike wazowski for halloween smh where’s the eject button

take me down to the Halloween city in a former Sears in a mall that’s shitty pic.twitter.com/pF3Qe2h4P0

how many bitches y’all think you know that are gonna dress as a white claw/slutty white claw for halloween and claim it was their original idea.. i can think of like five off the top of my head

check your kids halloween candy. my cousin found the assassination of archduke franz ferdinand in sarajevo by serbian nationalist gavrilo princip inside a snickers bar pic.twitter.com/3EgySLKapD

If anyone asks what your plans are for Halloween, look earnestly at the sky & say "reaching my final form."

I'm either a vampire or that guy in your creative writing class pic.twitter.com/qdaLVR72Te

Does Spirit Halloween know about this? pic.twitter.com/as4csD2UPD 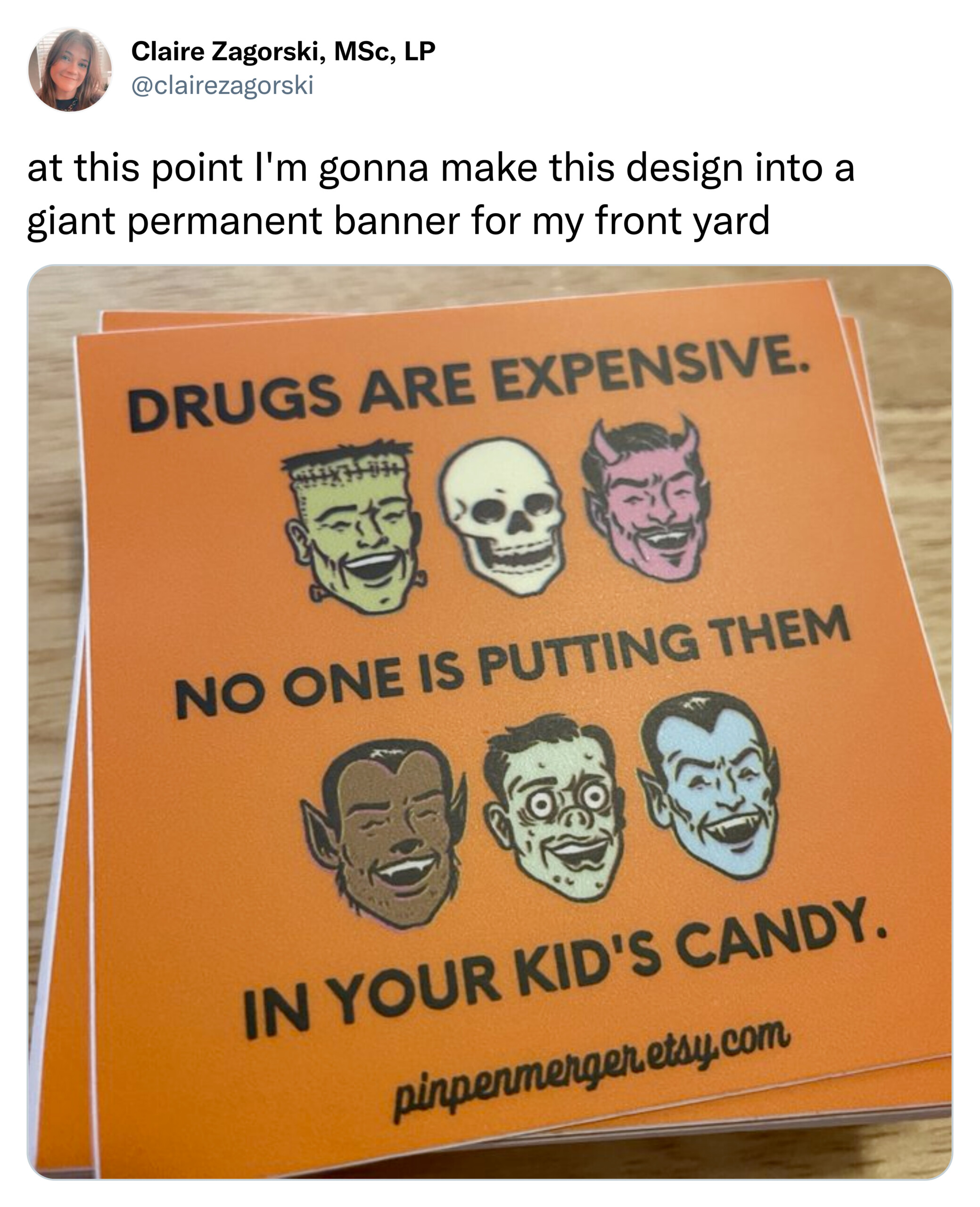 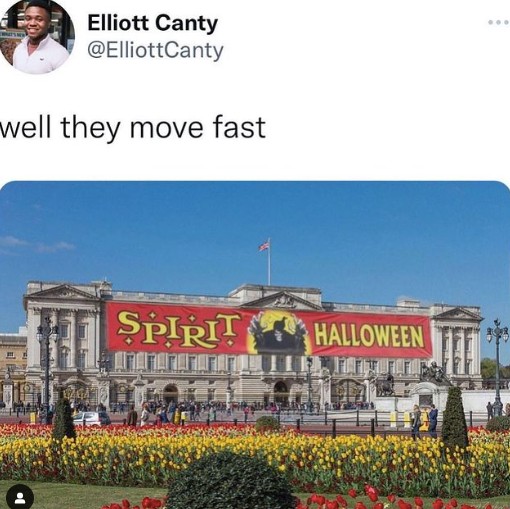 day 87 without sex: went to halloween horror nights so I can remember what it's like to have a man make me scream again

I asked the Internet what I should be for Halloween…

"Skinny" was the top reply.

I've officially decided I'm no longer going on the Internet.

7-year-old: I want to be you for Halloween.

Me: How would you dress?

was thinking about what i wanted to be for halloween but realized i’m already a monster.

Wife: how do we explain Halloween to the kids?

Me: they put on a mask and ask strangers for candy.

Wife: but we said NEVER accept candy from strangers.

You’ve been visited by the Halloween moose. May god have mercy on your soul. pic.twitter.com/buldjLg92B

This remains the greatest Halloween tweet of all time. https://t.co/VT868ya19t