Created by GoofyDads contributor Danny Spears, “Bill” is a fictional character who lives in the town of “Mount Washing” and is a handyman.

“I’m a single attractive man looking for a woman to cook me supper,” Bill’s account reads. “I ain’t got time for no games because I work and only have time for hanky panky ok.”

“I have a Lebaron and Hall and Oats make good music.” 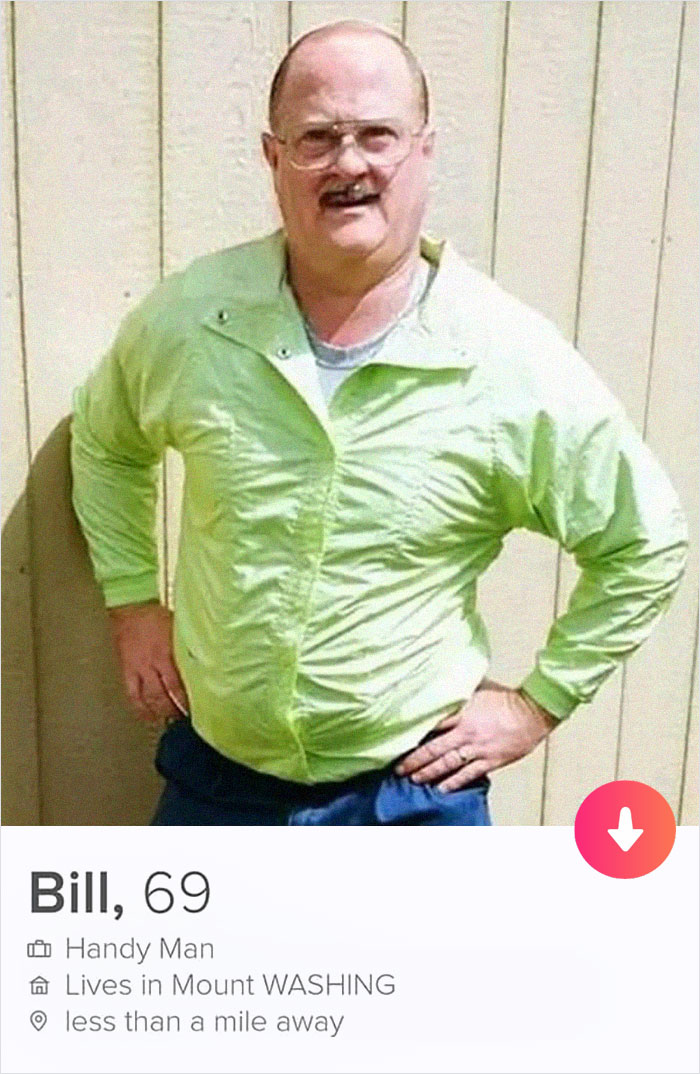 Spears says that he used Face App to make himself appear older — and then used those altered photos as Bill’s Tinder profile pictures.  “Since I am completely inexperienced with Tinder, I figured it would be fun to troll some of the people on there,” he explained. 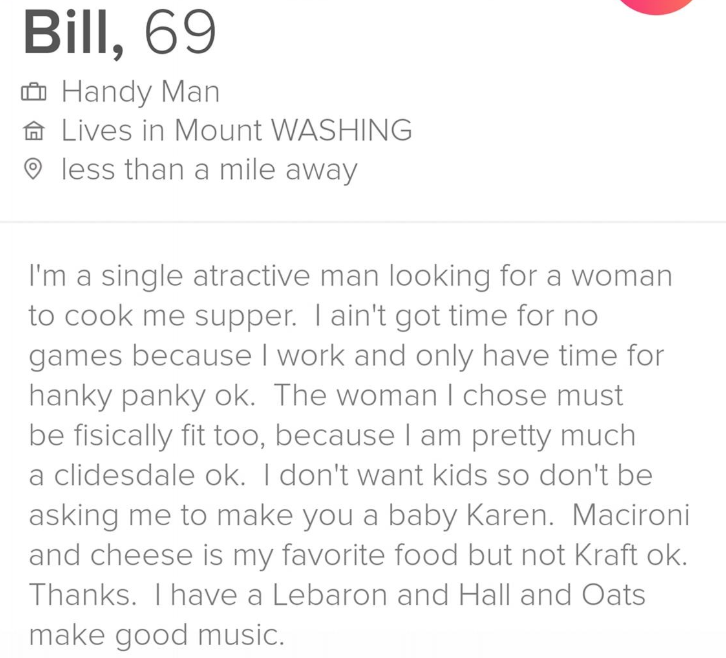 Lo and behold, Bill got some hits, so Spears shared the exchanges between Bill and his prospective dates. 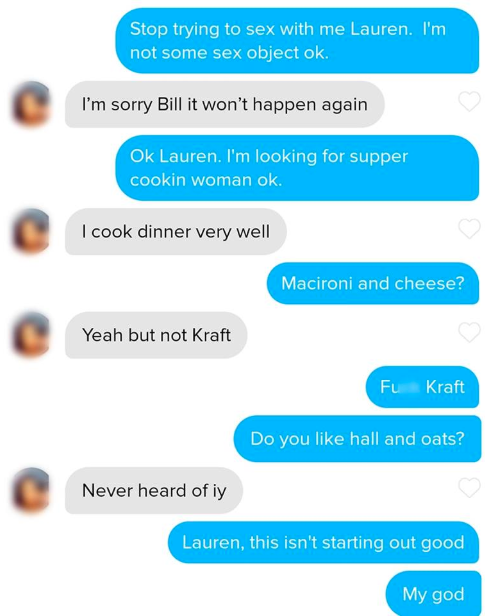 “Stop trying to have sex with me, Lauren,” Bill writes. “I’m not some sex object ok.” 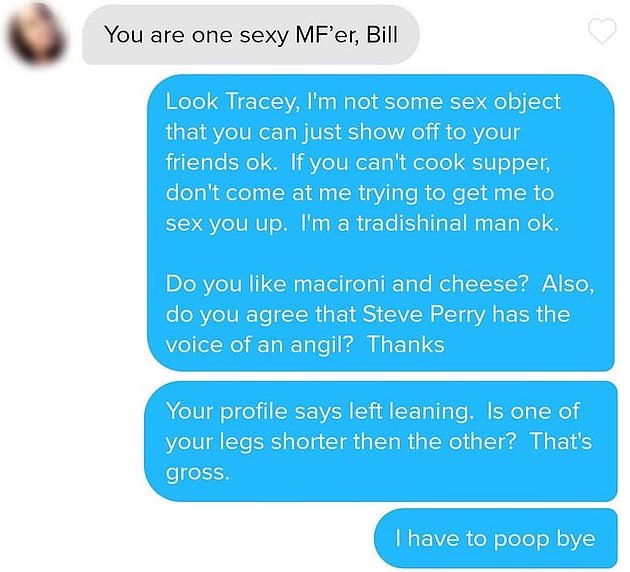 Bill, who loves “macironi and cheese” and calls himself a “tradishinal man ok,” actually got quite a few propositions — as well a recipe for his favorite meal.

Social media users responded to the Goofy Dads Facebook post, which has over 12k likes, with their own responses to Bill — and some of them were funnier than the actual account.

“You’re not my type. I need a retired lawyer with a beach house and a stepdaughter who hates me,” one user said. 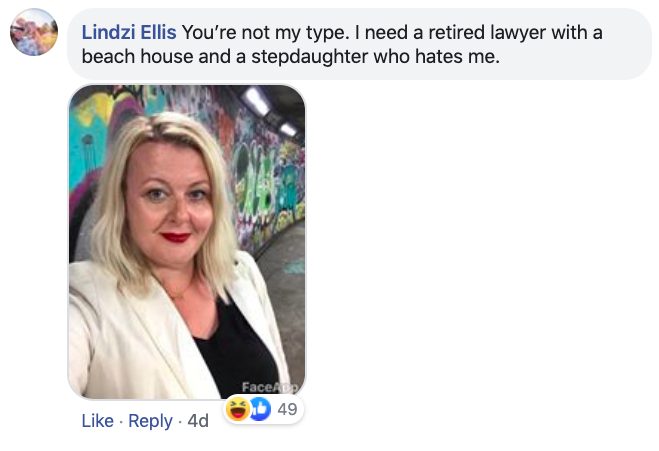 “All Peggy wants is a man who can change the got dang mower blades and grills a decent petit steak,” another wrote. 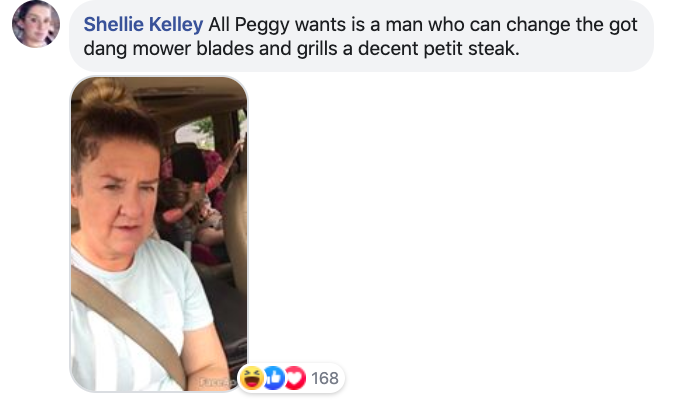 Others aged themselves and were very uncomfortable with results. 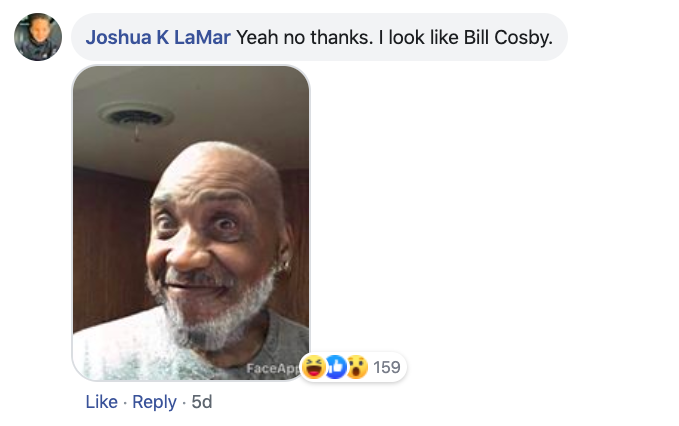 “If it made one person laugh and that changed the course of their day, my purpose of doing it was met,” Spears said. Now, can someone please get Bill some macironi and cheese?