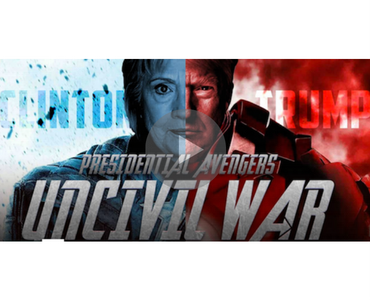 If you watched the most recent Captain America movie and thought, “Well that was really good, but it really could’ve used more Donald Trump”: One, what the hell is wrong with you? That doesn’t even seem like a somewhat normal thought. And two, you’re in luck. An editor in Australia who likes to “play with politicians and political figures” brilliantly superimposed Hillary Clinton and Donald Trump into clips from “Civil War” to create the hilarious spoof “Presidential Avengers: Uncivil War”. It’s really impressive and might be the first Marvel movie I actually go to see on opening weekend.

And if you missed it, Donald Trump And Hillary Clinton Singing ‘(I’ve Had) The Time Of My Life’ Will Make You Have The Time Of Your Life.