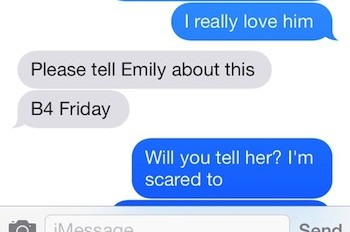 A while back, I was sent a text from a number I didn’t know by a person I didn’t know who thought the number belonged to someone else.

So, I did what any good samaritan would do and pretended to be the person they were looking for.

I started off fairly normal and got weirder as the conversation went on. Let me take you through this little adventure with a wrong number text that is guaranteed to make you LOL.

Keep in mind, this conversation is 100% real. Nothing has been edited. 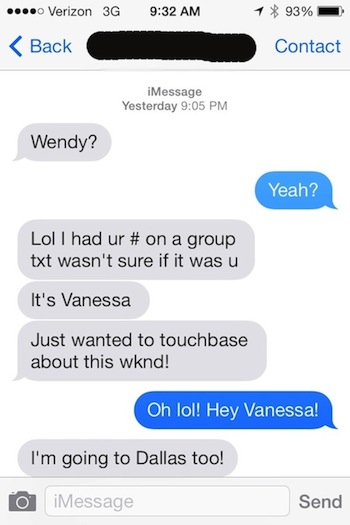 Oh, we’re going to Dallas? Cool! Let’s see if we can create a little bit of drama for our trip… 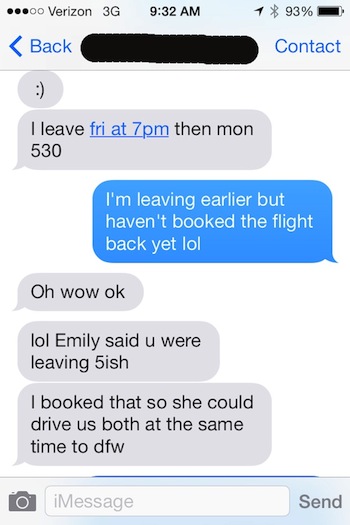 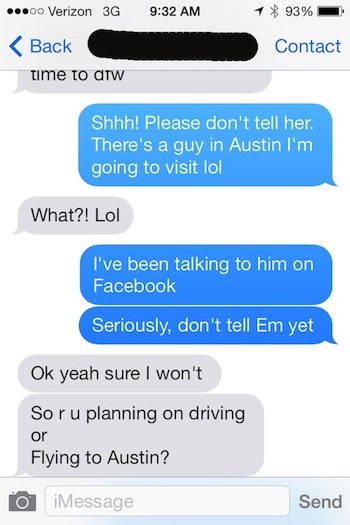 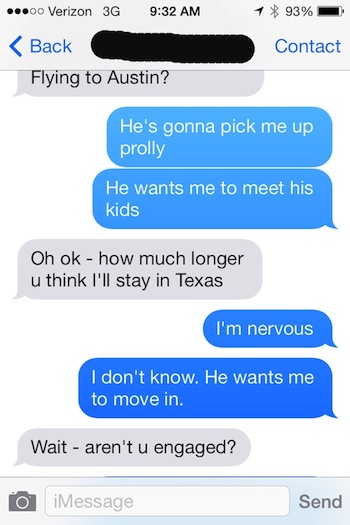 What’s this? I’ve been thrown a curve ball. How do I get out of this without her calling me out? 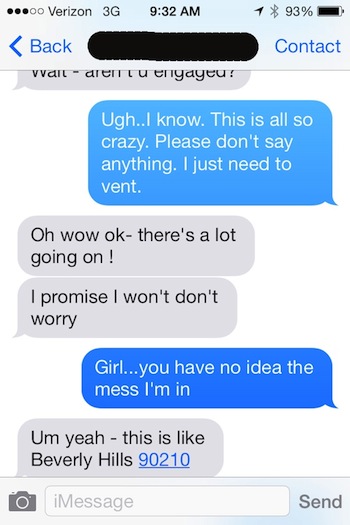 Girls like to call each other “Girl”. I’ve really nailed this role. 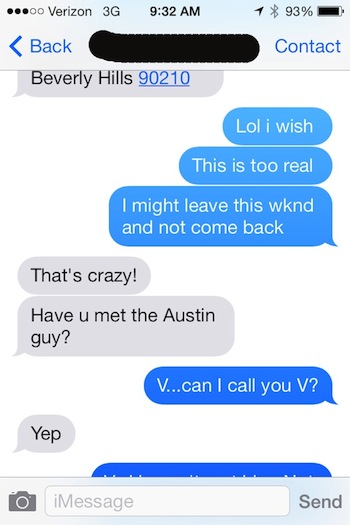 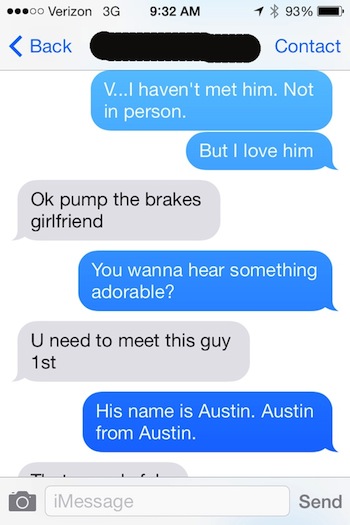 Austin from Austin. There’s no way she buys that. 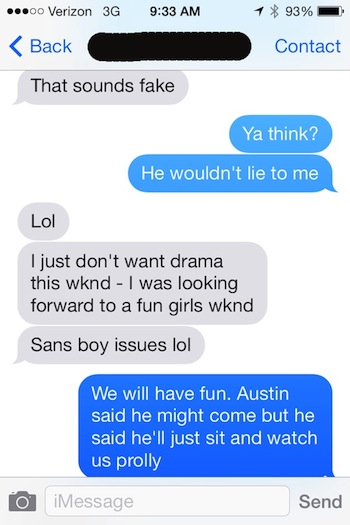 She didn’t buy it, but I was able to spin it in my favor. Also, Austin is just going to “sit and watch” them? Creeper.

I’ve also learned by how she keeps abbreviating “weekend” that girls really must hate vowels. 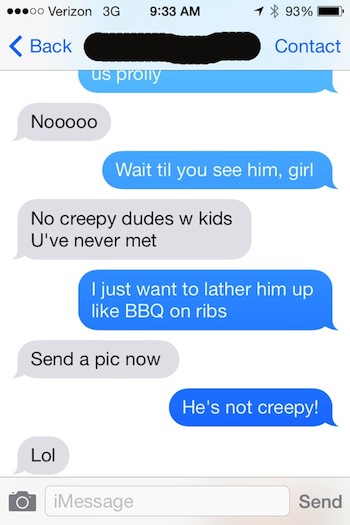 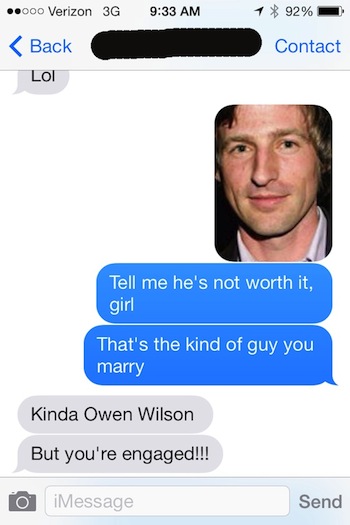 Yes, that’s the writer/director of “Her”, Spike Jonze. He had just won Best Screenplay at the Golden Globes. I wanted to go obscure, but still somewhat recognizable. Apparently he looks like Owen Wilson. 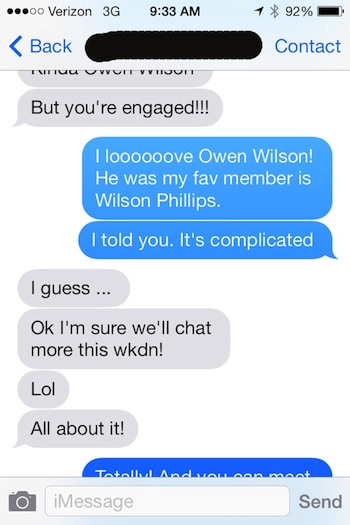 Oh, just FYI: Owen Wilson was not a member of Wilson Phillips. 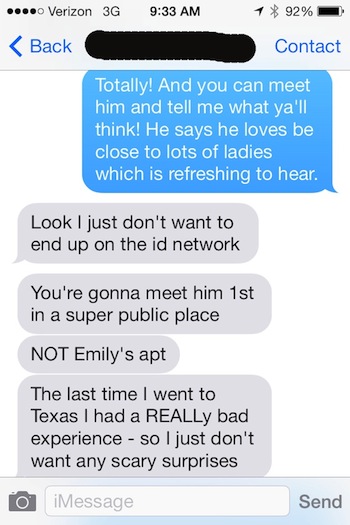 “He loves to be close to lots of ladies.” Not creepy at all. 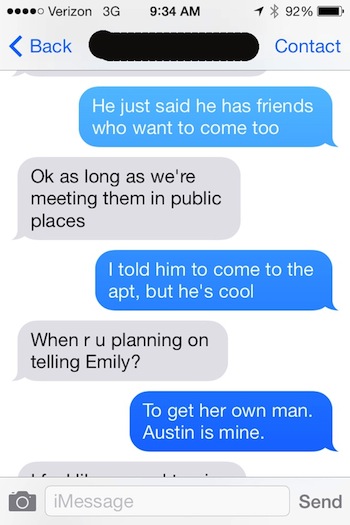 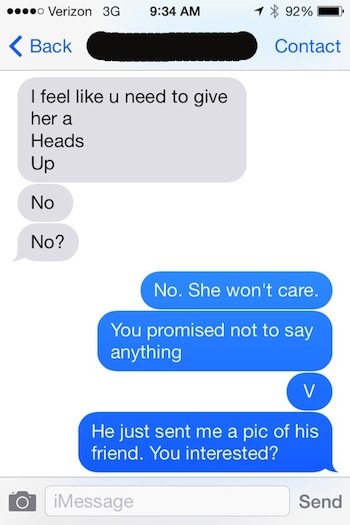 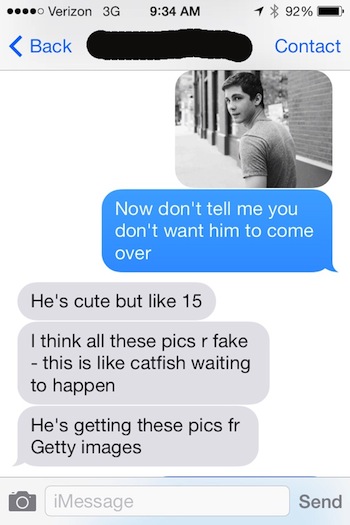 That’s Logan Lerman of “The Perks of Being a Wallflower” and the Percy Jackson movies they keep making but no one sees. Again, obscure, but somewhat recognizable. 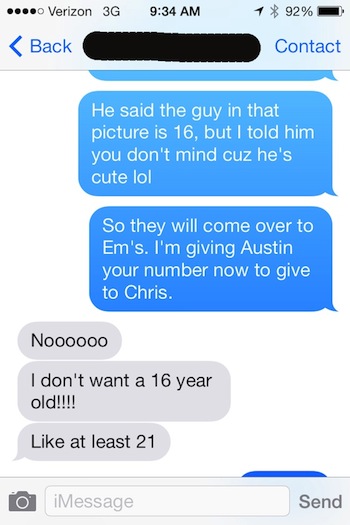 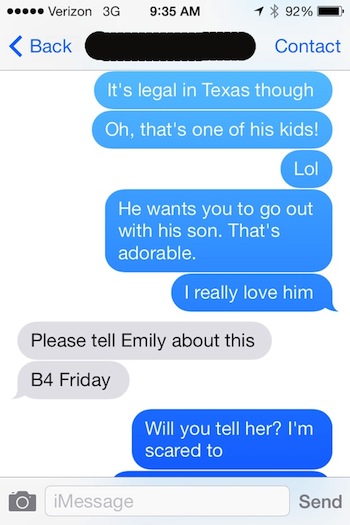 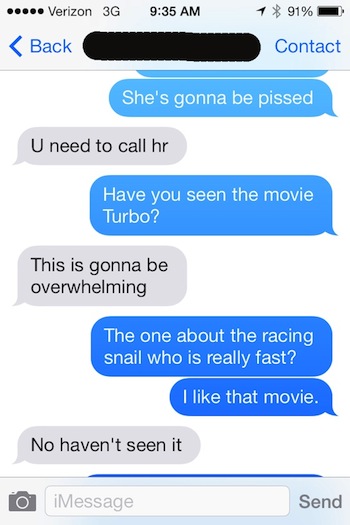 Has anyone seen the movie “Turbo”? Why would anyone even ask that here? 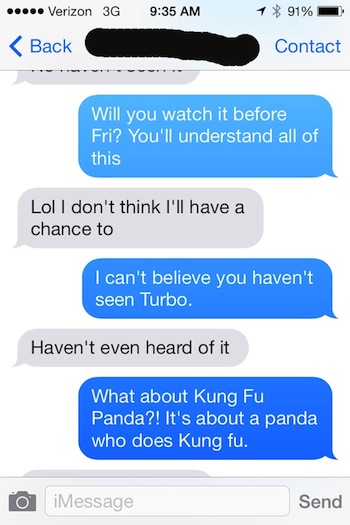 Wendy is quite the CGI cartoon movie aficionado, I’ve decided. 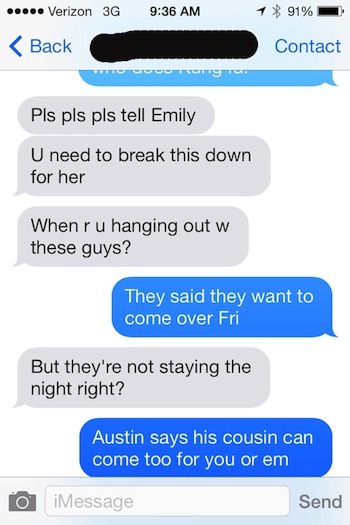 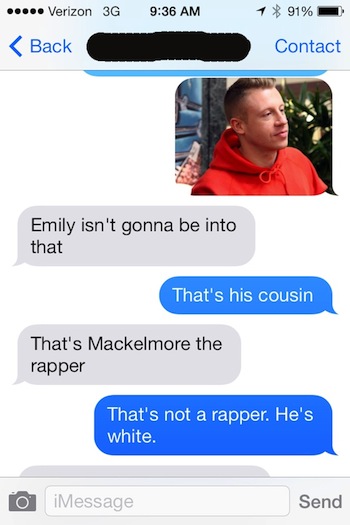 Fuck obscurity. Let’s go with a man whose face has been all over the place. She caught on. Will this be where she finally calls me out? 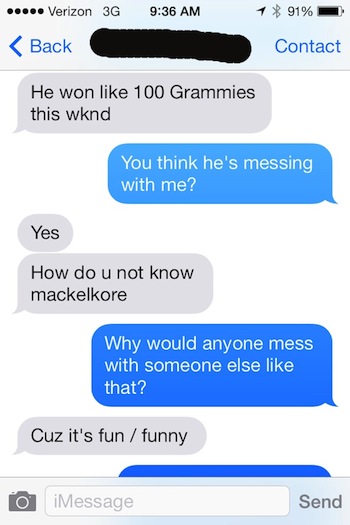 Yes…Why?! Why would anyone mess with someone else like that? 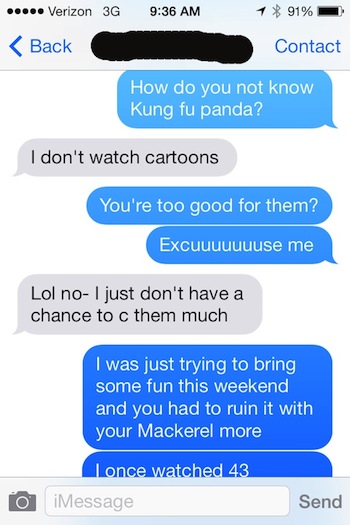 Pretty sure that’s not his name. 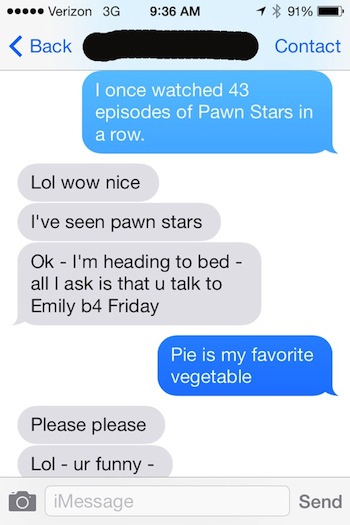 Wait, no. Don’t go, V! This is where I’m just starting to spew random nonsense! 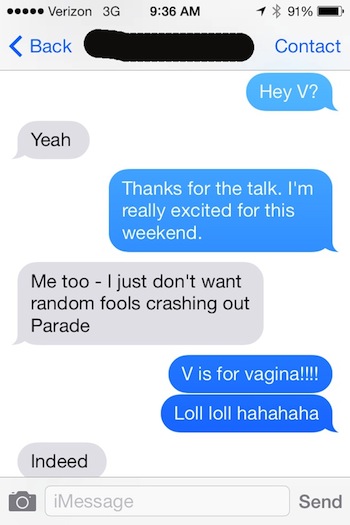 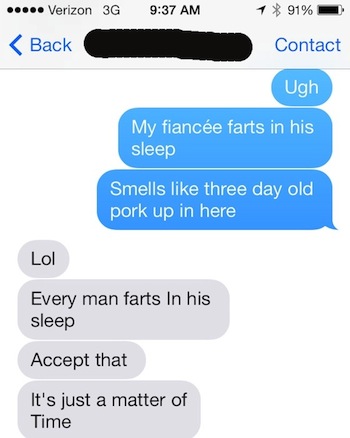 Apparently she thinks pork farts are why Wendy is running off with Austin. 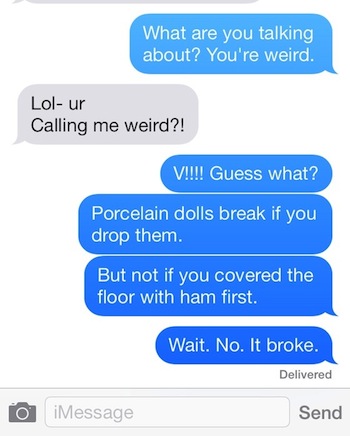 At first I wasn’t really sure if, after that absurd rant, she finally realized that I wasn’t Wendy or if she just went to bed. But then she sent me a text the next day asking if I had spoken to Emily yet, so I knew she had simply fallen asleep and not questioned the ham Wendy had tiled her floor with.

I missed the texts the following days, so she gave me a call, which I also missed. Which means she got my voicemail and my cover was blown. Oh well, It was fun while it lasted.

(This was a feature I originally posted on Mandatory.)

If you need more texting hilarity, check out these awesome Autocorrect Pranks.