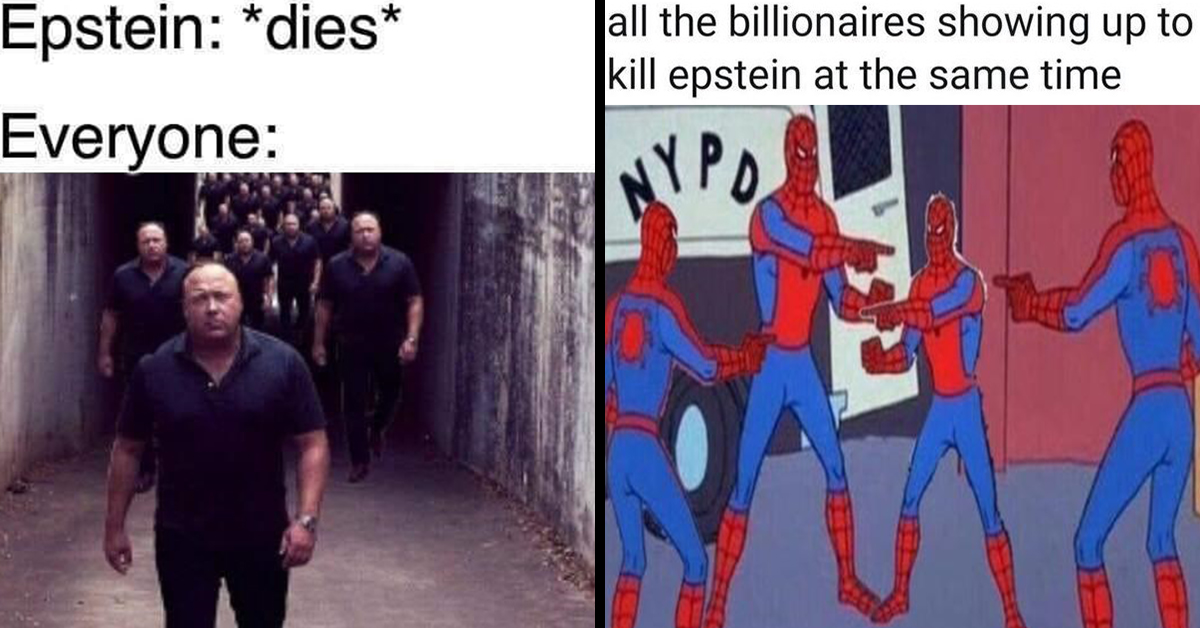 If you’ve logged onto the Internet on any social media platform in the last week, you’ve undoubtedly seen a “Jeffrey Epstein Didn’t Kill Himself” meme. The Epstein memes have been proliferating quickly, possibly because it’s one of the few topics that the right and the left seem to agree on.

Epstein was a convicted sex offender, who was accused of assaulting and trafficking girls for years. He also had ties to just about everybody in politics and media, including Donald Trump and former President Bill Clinton. Epstein was arrested in July of 2019 over sex trafficking charges and died a month later in his cell, allegedly from suicide.

How Epstein died in a cell that was supposed to be guarded after he was put on suicide watch is something of a mystery. His brother, Mark Epstein, hired a private pathologist, who examined Epstein’s body and disagreed with the city’s examiner, saying Epstein’s injuries were consistent with a homicide, not a suicide. What really happened to Epstein might not be known anytime soon, but one thing is for sure: if he lived, he’d have had a lot of incriminating stories to tell.

Anyway, let’s get to the fun Jeffrey Epstein memes! As dark as Epstein’s story is, there is something wild about how the Internet manages to hold people accountable with its relentless meme-ification of everything, and these are no exception. Everyone wants everyone else to know: Jeffrey Epstein Didn’t Kill Himself. These are the best ways they’re saying it: 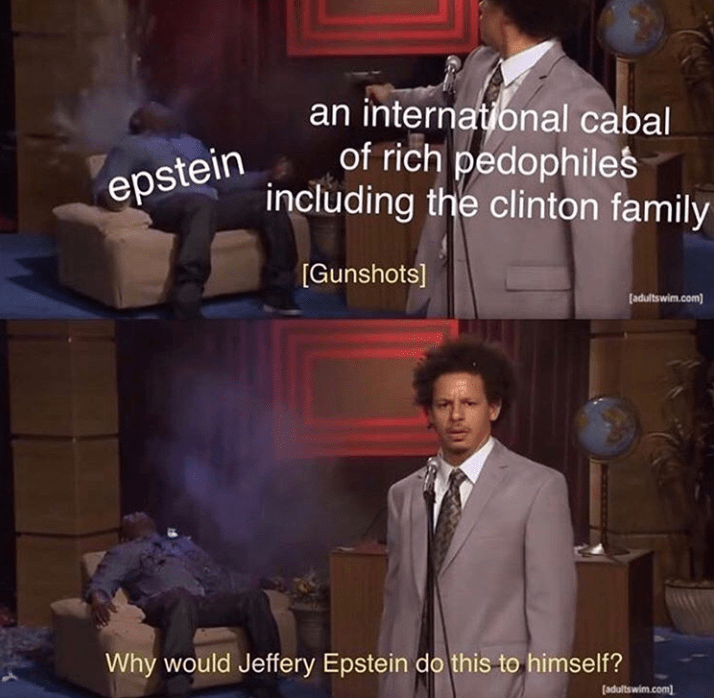