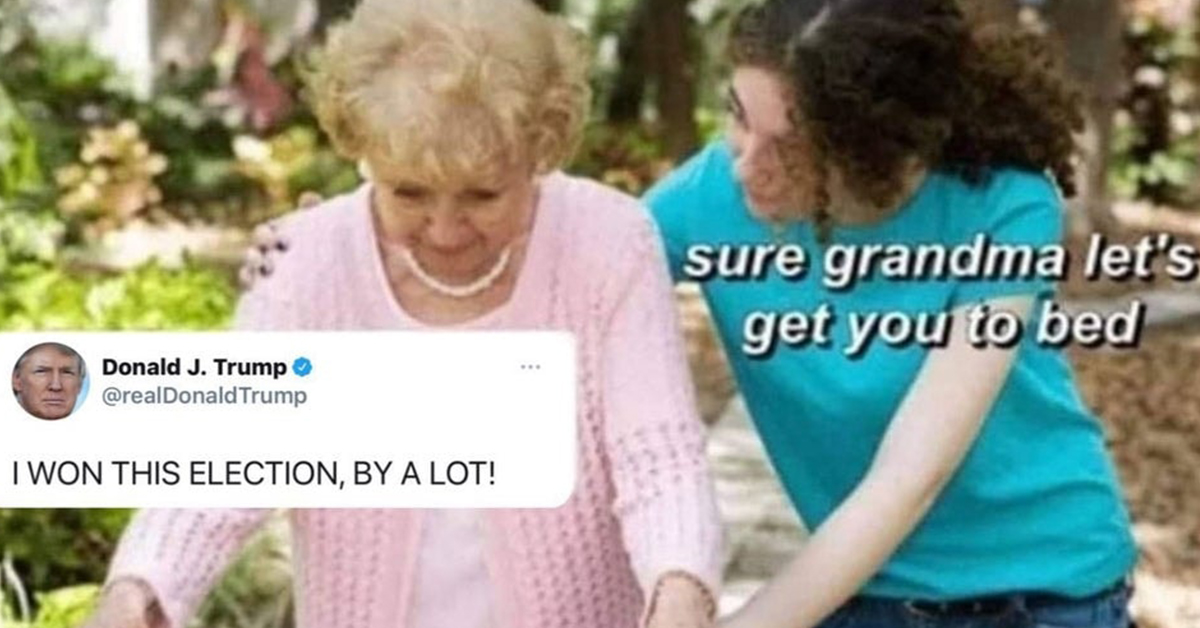 Joe Biden is now President-Elect of these United States. He won in a fair and legal election, gaining both more popular votes and far more electoral votes than the incumbent, current President Donald Trump. This fact was briefly celebrated by all when the news was announced, leading to dancing in the streets and people flipping off Trump at the White House. A true moment of joy was felt all over by more than half the people in the country.

It didn’t last long. Trump has refused to concede the election. Of course.

Trump and his administration are now going through the motions of upending democracy by contesting the election results and starting an investigation into voting procedures in key states. Their claims are so egregious that, at first, even Fox News wasn’t on board. But as Trump fires any officials in power who won’t facilitate his delusion, key GOP senators have jumped on the coup train. Mitch McConnell is allowing Trump to continue to sow discord and lies about his “big win.”

What do we have left? Mocking him online, of course! And eventually, widespread protest and/or revolution. we will see how it goes. Meanwhile, here are some great memes about Trump refusing to concede the election.

How much I would love to see this come to fruition! #TrumpTantrum https://t.co/JpGIkar4lZ 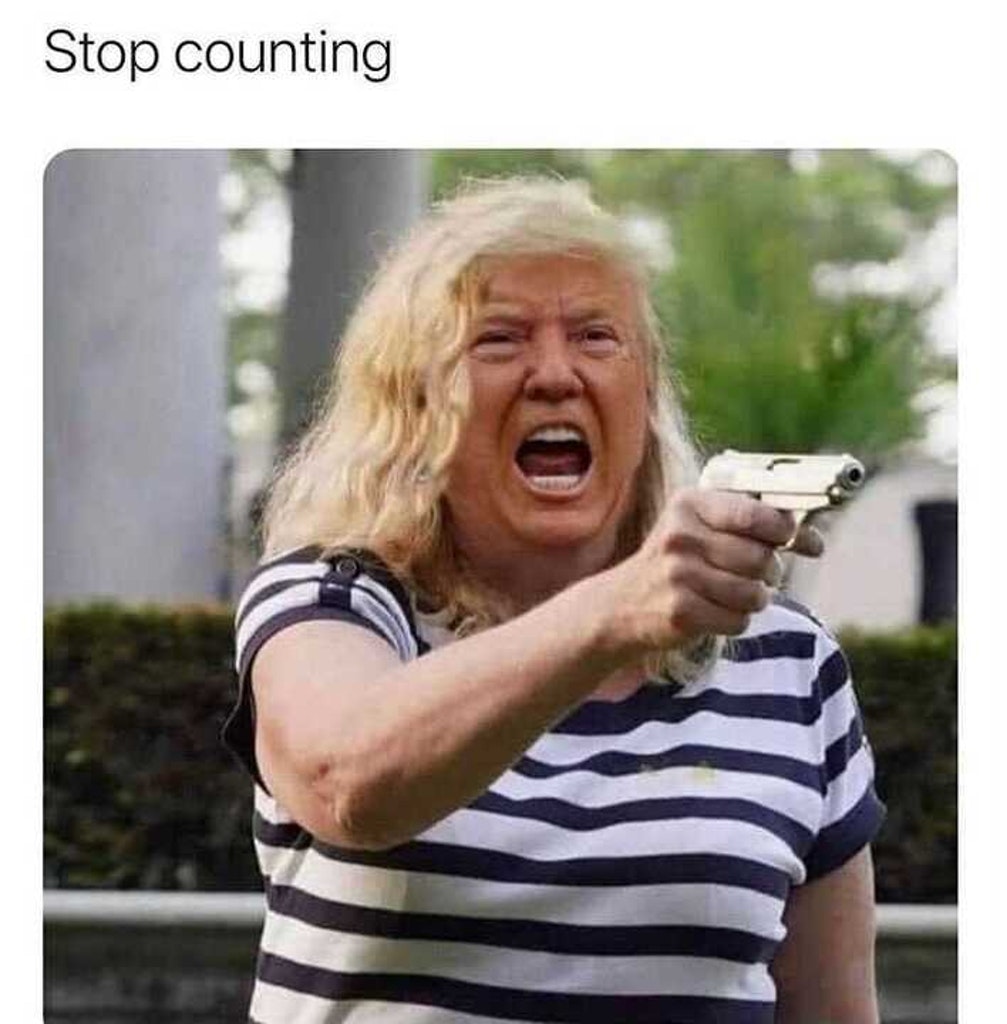 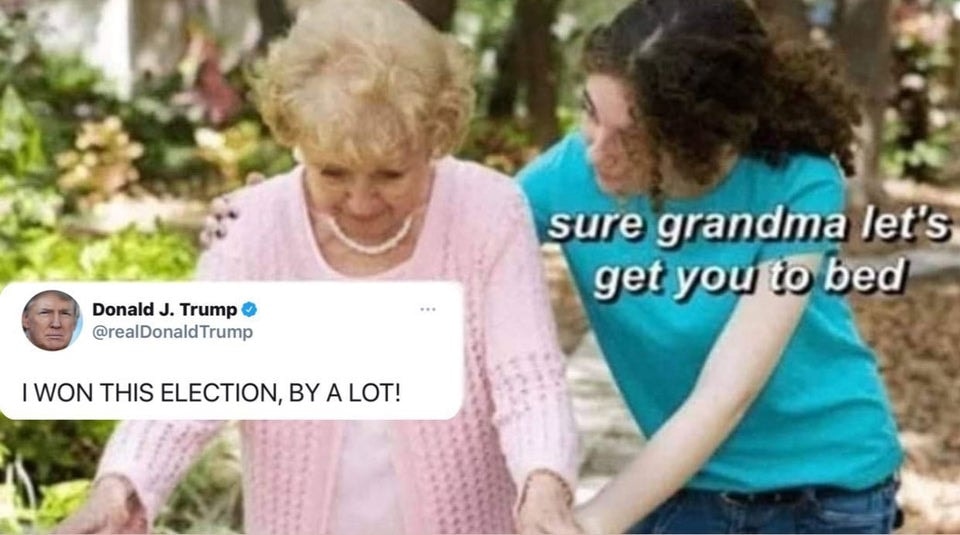 I think he wants to speak to the manager… #TrumpTantrum pic.twitter.com/Gi02Sd0ikl 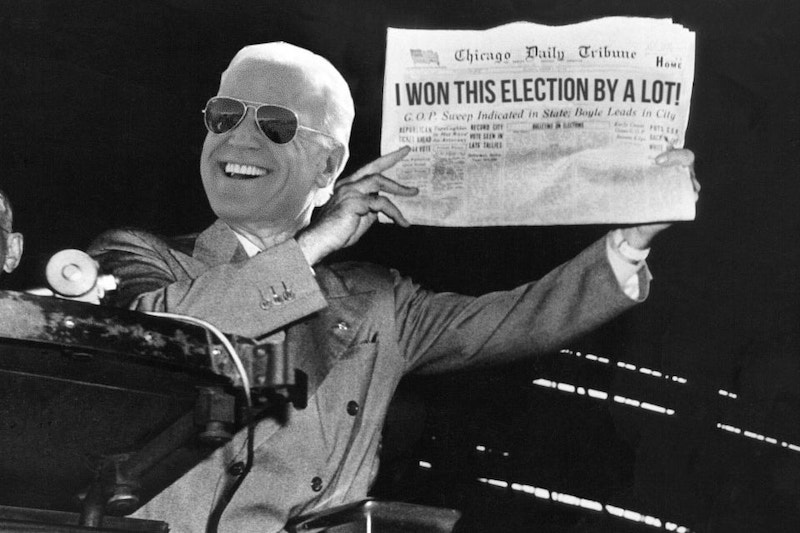 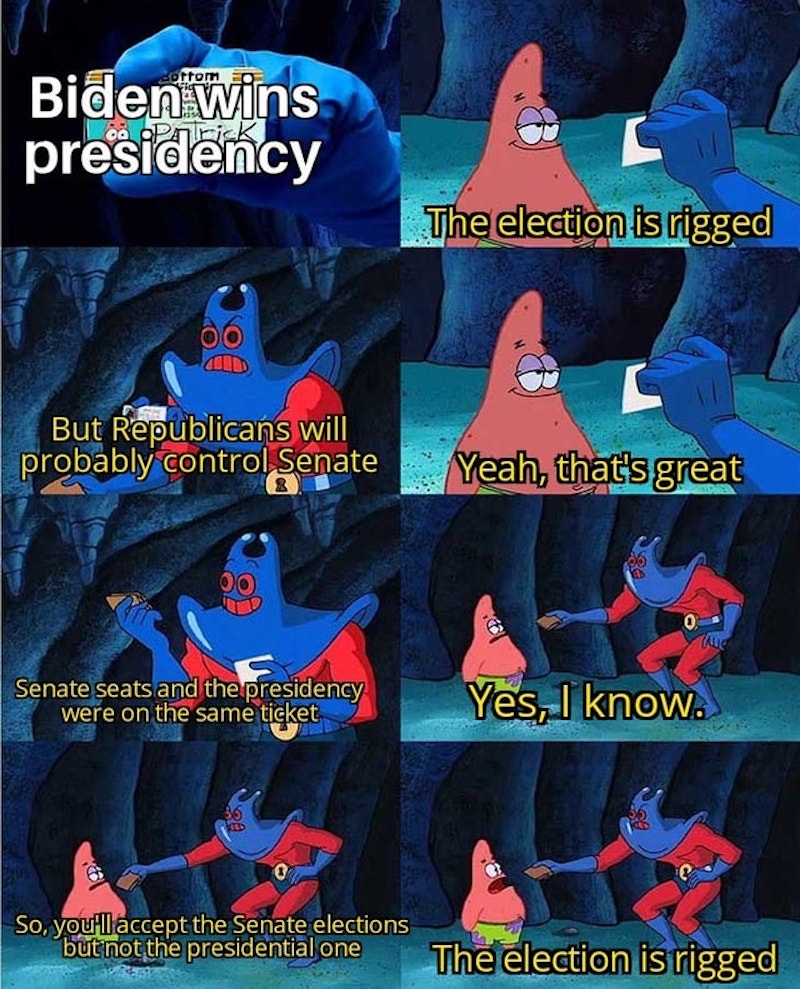 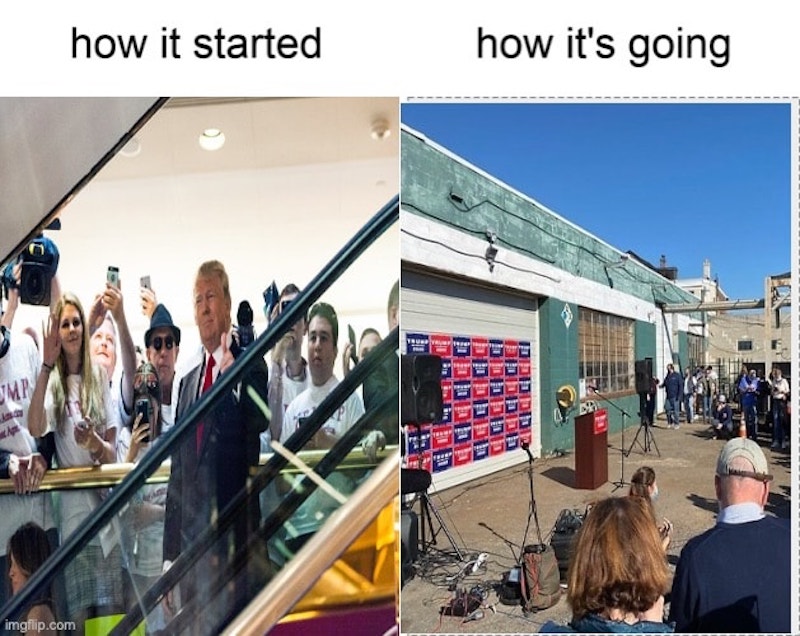 the walls at the White House right now #TrumpTantrum pic.twitter.com/7wwmbIO2e7 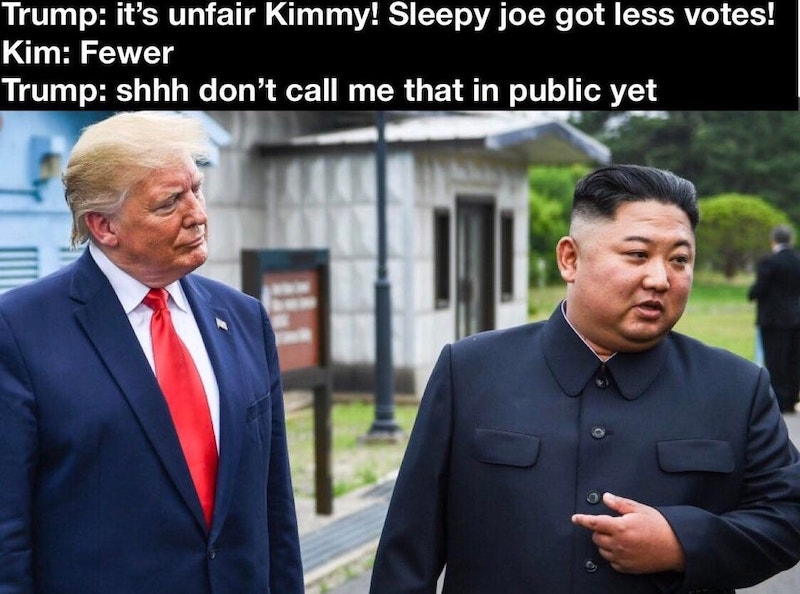