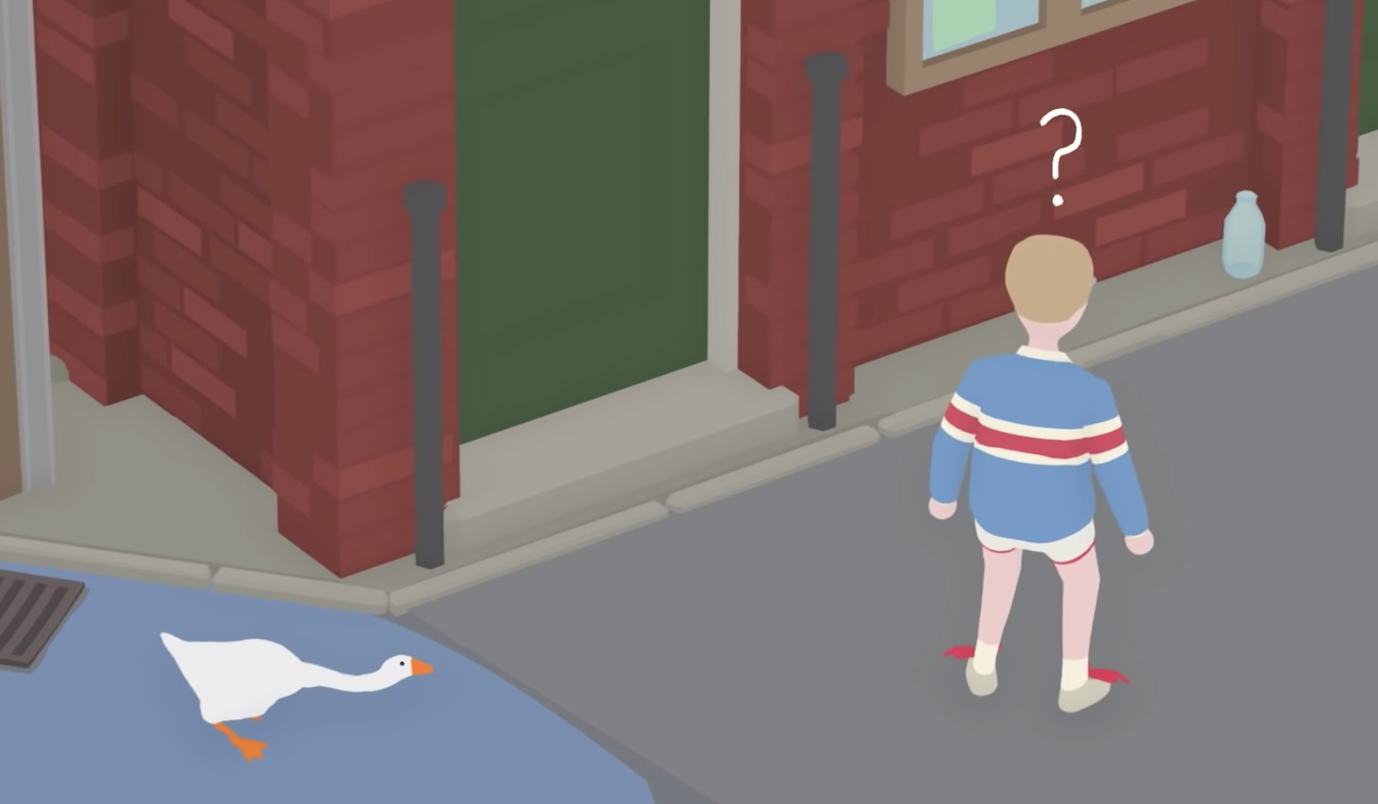 What is Untitled Goose Game?

Untitled Goose Game has taken over since being released about a week ago by House House.

The stealth puzzle game has simple graphics and a simple objective—you’re playing a goose who annoys people. People are completely enamored by the dead-eyes, feathered monster wreaking havoc on a pixelated world, and they’ve developed all sorts of jokes about it.

Some people identify with the goose, some fear it, some anticipate its growing power. Twitter is full of screenshots of the goose abusing others, destroying property, and happily making others miserable. The jokes have gotten more complicated as the goose is Photoshopped into other video game scenes, taking on even more digital landscape to spread its malevolence.

What’s especially funny is that if you’ve ever met a goose, they are pretty mean. The original angry bird, in a way. Of course, this game is dominating social media. That’s what geese do. And we all wish we could be a little more goose-like.

Here are 30 of the funniest Untitled Goose Game memes and tweets we could find:

My 4 moods as presented by Untitled Goose Game. pic.twitter.com/ShNg4sD4Wt

I played Untitled Goose Game with my kids tonight

… what have I done

I HAVE RIGHT TO FREEDOM OF SPEECH. THIS IS CENSORSHIP. TWITTER WILL HEAR ABOUT THIS. pic.twitter.com/AaEKQx9toN

not everyone hates the horrible goose pic.twitter.com/xgLmfHzmWc

Game devs: "But do people *want* to play evil characters?"

My reaction to the signs in #untitledgoosegame I'm the best worst goose. pic.twitter.com/QmgKCmdcNF

are u tired of being nice? dont u just want to be the goose from the untitled goose game

day 3 of owning the goose game….thinking about the horrible Town Boy and how i must destroy him not only in body, but in spirit as well