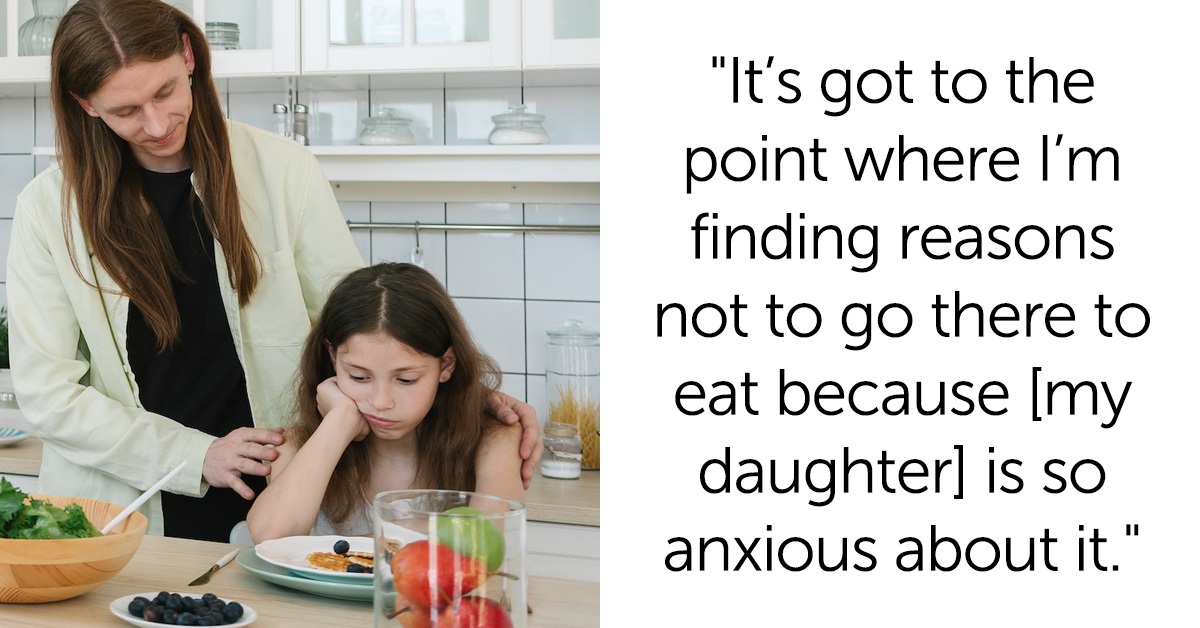 “Clean your plate” seems like a vestige of old boomer logic that never really made sense. Born, perhaps, of food shortages and times of scrimping during World War II, we’ve come a long way and our portions have only grown.

So as a parenting adage, it makes sense that this has flown out the window a bit.

But not entirely – which is where Mumsnet.com user Lolabear38 comes in. She posted a story about a friend with different dinner expectations than her own.

She wondered, “AIBU to not make my child eat everything on her plate?”

OP has some friends with the “clean your plate” rule, but she doesn’t do it. If a kid doesn’t clear her plate, she doesn’t get dessert.

We have close friends whose house we eat at, or they eat at ours, fairly often. They have different expectations at dinner time for their kids than I do – they enforce a very strict ‘clear your plate or no pudding’ rule, I don’t do this.

At their home, their rules apply — but OP’s daughter has become upset at being forced to eat more food to get to dessert.

The rule applies to all the kids and the friend is very firm in the consequence. OP has started to find reasons not to go.

Friend or her DH are very firm with all the kids that they have to eat everything and they follow through with the threat of no pudding. It’s got to the point where I’m finding reasons not to go there to eat because dd is so anxious about it.

Another problem is that when the friend and her husband go to OP’s home, they push the same rule.

What is bothering me a lot about this situation is when they come to eat at ours, they try and enforce the same rule.

OP spoke privately to her friend and her friend explained that she thought it wouldn’t be fair to have one set of rules for one set of kids and another for the other.

I took friend aside this evening and told her that I don’t generally make dd clear her plate and explained why – she said fair enough but for the sake of making everything fair to her kids when they’re all eating together the rule has to apply – it’s not fair her kids have to do this while mine don’t.

OP doesn’t believe in this at all. So she wonders if she would be wrong to really put her foot down.

I take things on a case by case basis – I generally know what dd had eaten in the day and so know she’s had a roughly balanced diet so if she doesn’t want to finish a whole plate of food, and presuming she’s eaten (what I consider to be) enough, then she’s allowed to leave what she doesn’t want and still have pudding. I also don’t want to force her to eat or use pudding as a reward.

AIBU to put my foot down and say dd doesn’t have to clear her plate to have pudding? In my own house?! Or when at restaurants? In their house, ok I guess. But if I’m following their rules in their home surely they should return the gesture when in my house?!

The moms on mumsnet agreed: not the jerk here.

“Oh so in answer… no, YANBU! No one force feeds my children, you’re their mother and entirely capable of determining their nutritional needs. Are your kids a healthy weight, look healthy and active? Well then there’s your proof if so! If point out I clearly know what I’m doing and I’d be grateful if you didn’t try to force unnecessary food into my kids,” wrote one user.