Society is currently galloping unchecked into a brave new world of undetectable deep fakes created by advanced neural networks. Shoot, let’s hope people only use that technology for silly stuff and for nothing bad…!  Oops, too late!

Given a low-resolution input image, model generates high-resolution images that are perceptually realistic and downscale correctly.

Naturally instead of using the tool to try to add detail to historical photographs or something useful people immediately began applying it to images of their favorite low-res video game characters and celebrities, resulting in a gallery of horrors and frights straight from the uncanny valley.

Some of these digital creations are delightful, some are bizarre, and some are pure and unfiltered nightmare fuel.

Enjoy these AI-powered goofs (at least until technology ruins civilization). 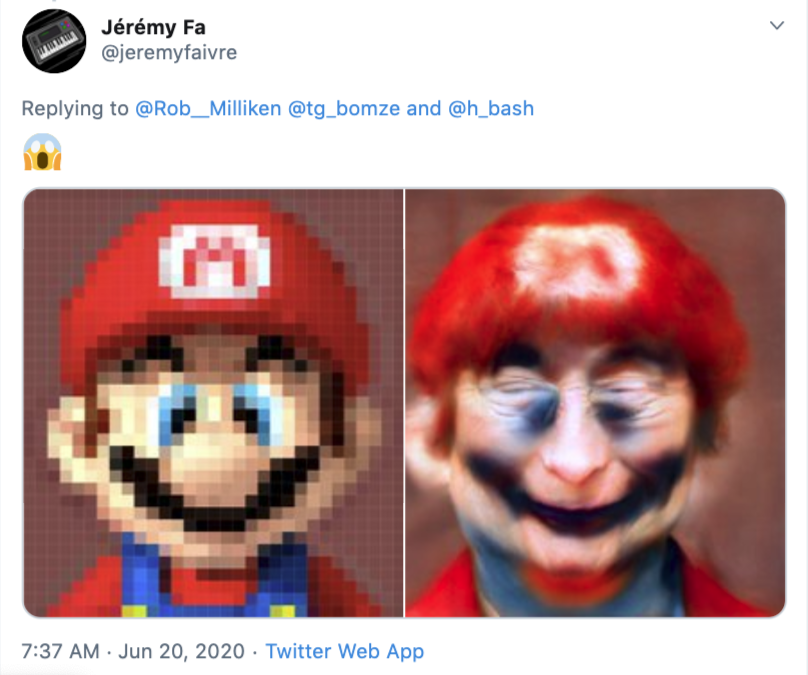 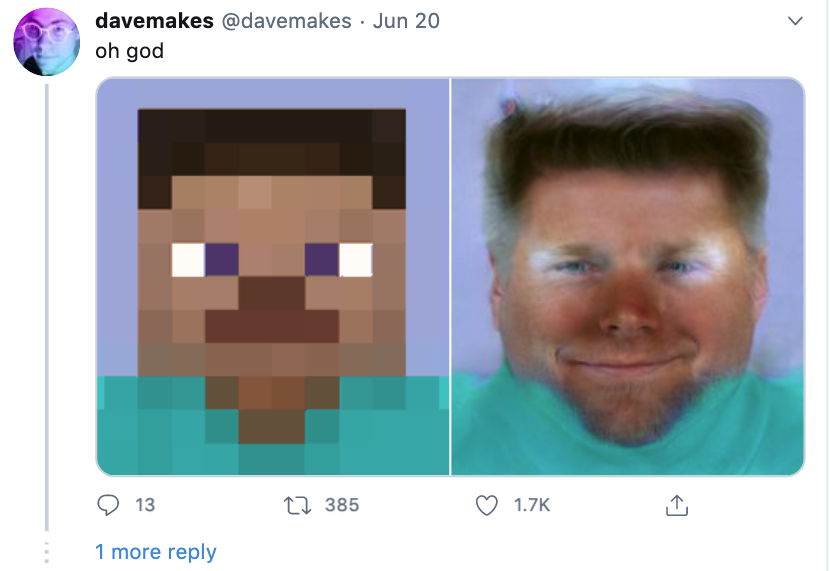 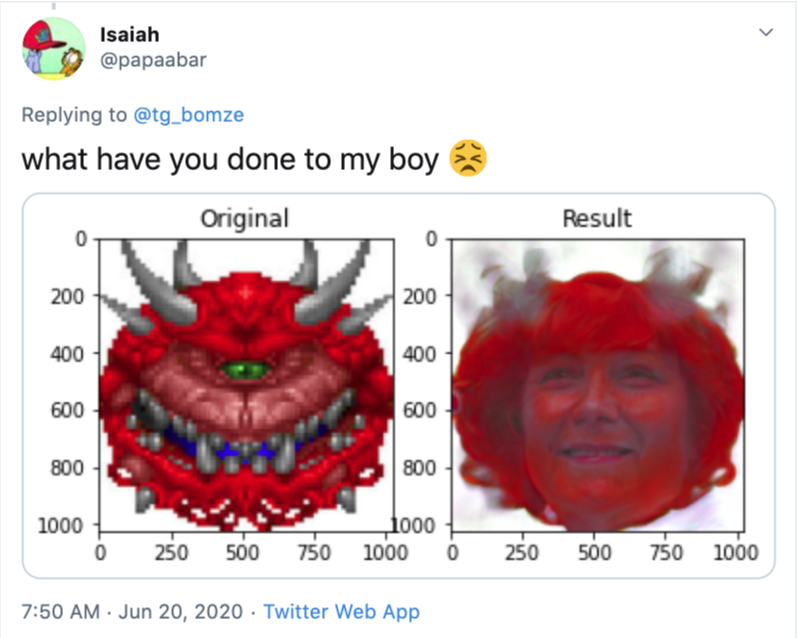 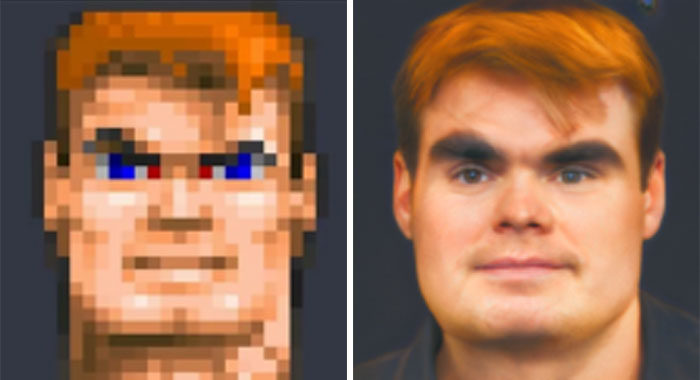 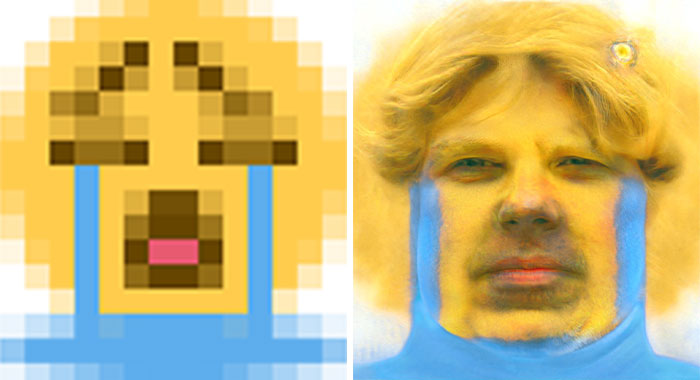 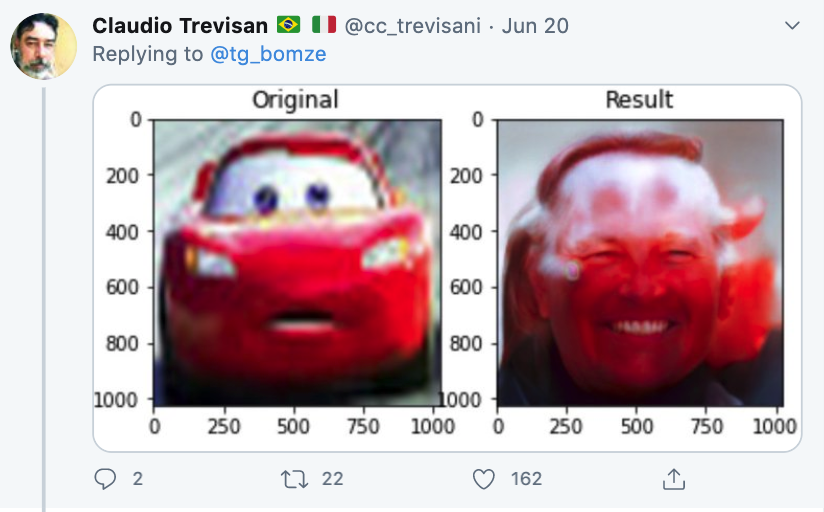 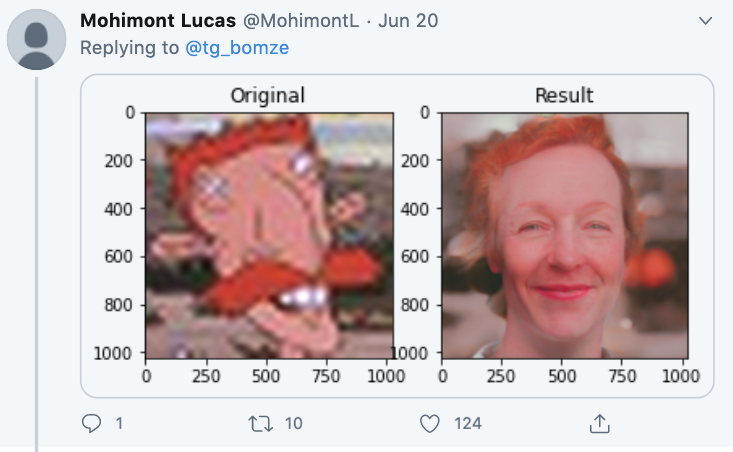 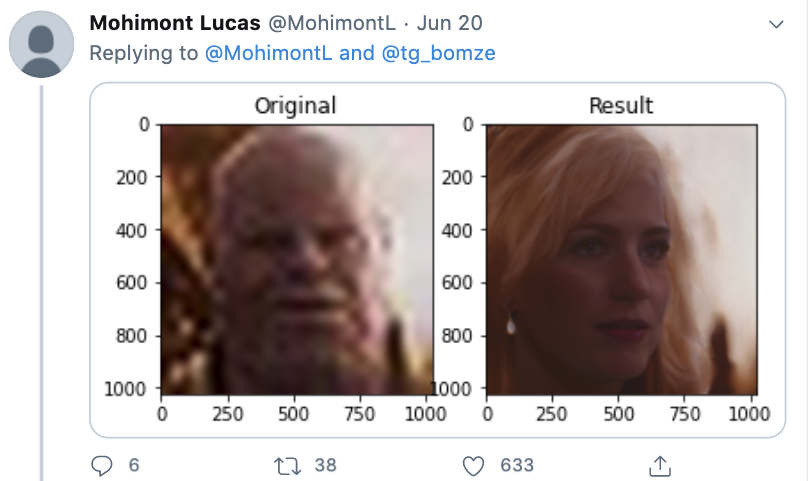 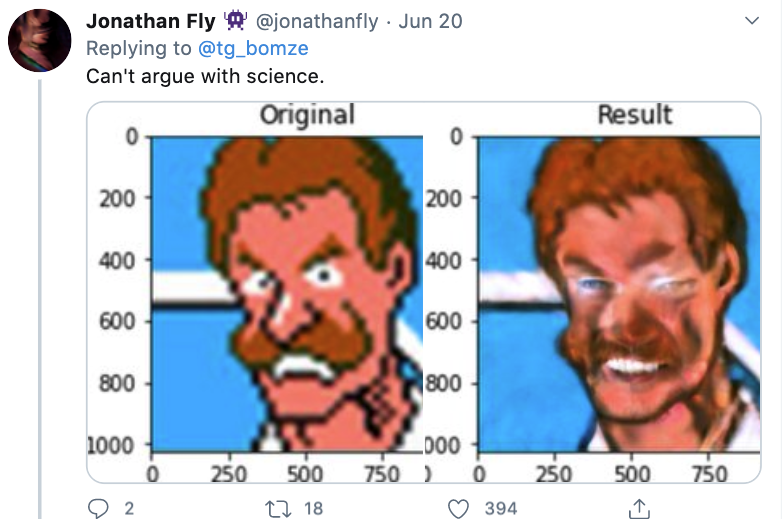 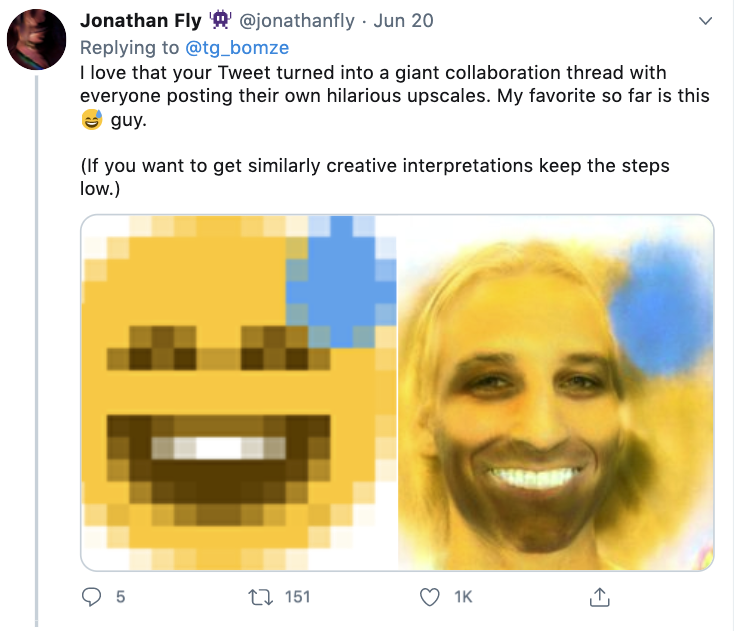