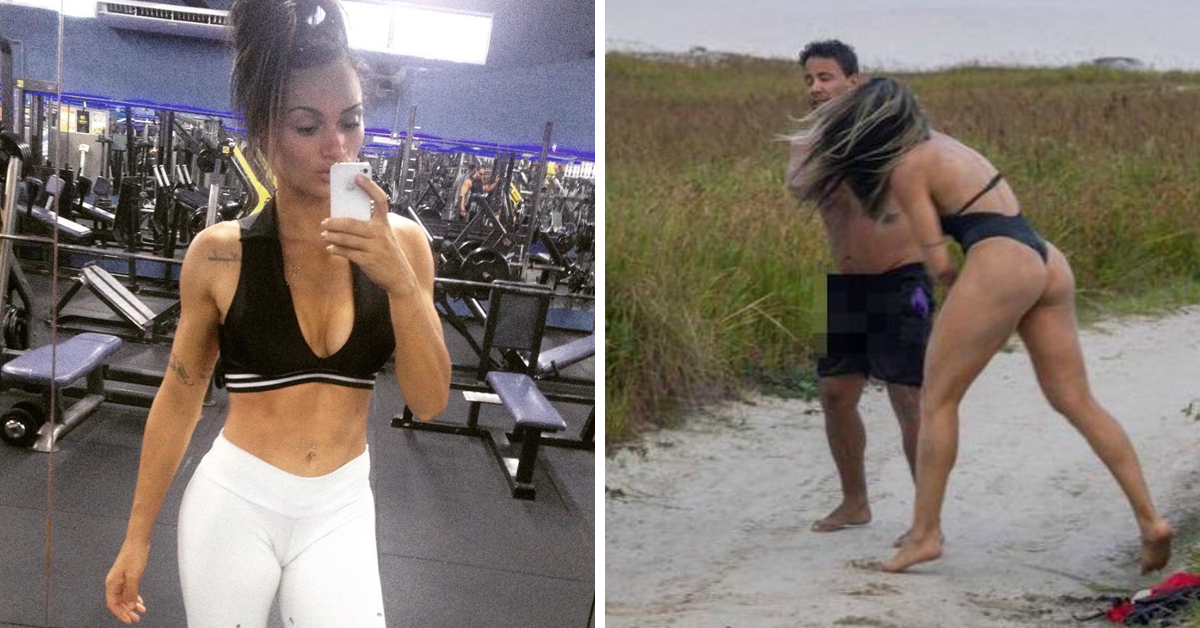 You know what they say about strong women—you don’t want to f**k with them. Recently, Brazilian mixed martial artist Joyce Vieira proved this entirely when she was in the middle of posing for a photo shoot on a beach in Rio de Janeiro and caught a guy staring at her with his whole d*ck out—jerking off.

This is Joyce Vieira.

Recently, she was doing a photo shoot on the beach, showing off the insane body that she’s put time and energy into.

But, her shoot was interrupted by a disgusting bystander who was jerking off to Vieira posing on the beach.

At first, Vieira went over to the man and tried reasoning with him, asking him to leave and stop—but, that didn’t work. So, she took matters into her own hands and completely demolished him. Seeing as she’s trained by the best of the best, it was absolutely no problem to teach this guy a lesson.

Vieira said when she asked him to stop again, he replied:

She said the response made her completely snap. She began by kicking him, and Ferreira decided to retaliate and punch her back. From there, she got so angry, she started to really go at him—full strength and training.

Vieira said that Ferreira realized she was too strong for him to handle and began screaming for help. Instead, the person who came over helped Vieira instead. Thanks to the people taking photos of the incident, police were able to identify Ferreira and arrest and charge him for sexual harassment.