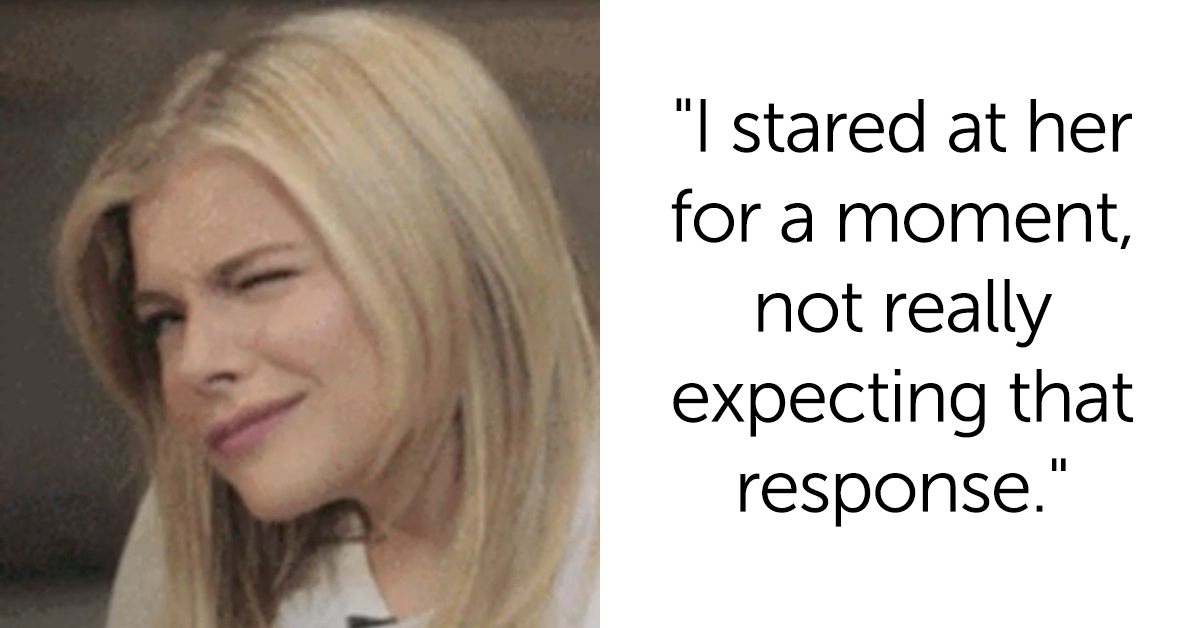 I cannot believe this poor woman had to post to Reddit’s AITA to wonder if she was wrong to ask her niece to babysit during a family emergency.

u/babysittingta83 told a story to the famed subreddit that quickly went viral last night as people weighed in with absolute horror that the niece would be so callous. Here’s what happened:

My husband (30s m) and I (30s f) have a 3yo son together, “Max.” Max is a sweet kid but has a difficult time in unfamiliar situations and can get overstimulated easily.

OP explains that while her husband was on a work trip, she got a call saying her husband had been in an accident and it looked really bad. She was told to “come as soon as you can”.

A little while ago, my husband was across the country on a work trip, while I was home with Max. I got a call one morning from his manager, informing me that my husband had been in a car accident and was in the hospital. He couldn’t tell me much but said that although he was stable, it didn’t look good and that I should come as soon as I can. I obviously freaked out. I booked a ticket just for myself, because it would be almost impossible to travel with Max, and I could barely afford the last-minute ticket for myself.

She couldn’t afford to take her 3 year old son, so she called a few people to get a sitter. Her mom was going to drive in and take care of him, but OP needed a sitter for a few hours before her mother arrived.

I called my mom who lives a few hours away and asked her to come watch Max while I’m away. At this point, I needed someone to watch Max for the time it would take for my mom to arrive so I could make my flight. Looking back, I probably could’ve handled the logistics better than this, but I was hysterical and was just doing things as I thought of them.

She called three friends and then ran over to her brother’s house. Their daughter answered and OP asked her to watch her son.

I called 3 friends – 1 didn’t answer, and two were unable to help. Luckily, we live close to my brother and SIL, who have a daughter (17f), “Sarah.” We are very close with them. Sarah answered the door and said her parents were out. I explained the situation and asked if she’d watch Max for a couple hours until my mom came.

I should note that Sarah babysits for a few local families and obviously charges them for her services. We have never asked Sarah to babysit before.

The niece does babysit and has done it for pocket money, so this wasn’t necessarily something she’d never done before. However… while the niece showed some concern at first, she quickly asked “you’ll pay me, right?”

She showed some concern for my husband and when I asked her again, she said something along the lines of, “well, you’ll pay me, right? I usually charge X…” I stared at her for a moment, not really expecting that response, and then my friend who didn’t answer called me back and said of course she’d watch Max.

A friend called back and OP took her son to that friend’s house instead of leaving him with her niece. Her husband will be okay! (Phew!)

So, I took Max and left without saying anything to my niece. I coordinated with my friend and my mom, then flew to see my husband. He ended up needing surgery, but is making a full recovery.

After they got back home, they had dinner with OP’s brother and SIL. She mentioned that Sarah had asked for payment in that moment and her brother was horrified. Her SIL, however, said that it was okay.

A few days after he was able to fly home, we had dinner with my brother and SIL. We were talking about the accident, and I mentioned that I had asked Sarah to watch Max. I also noted that I was a little upset that she brought up payment in that moment. My brother was surprised, and said he would talk to her as that’s not an appropriate reaction. My SIL interjected and said she was proud of Sarah for advocating for herself. She and I argued and she said that I was entitled for being surprised that Sarah asked for money.

OP was a little surprised; it was odd that her niece brought up money in the middle of an emergency. So now she’s left to wonder: was she a jerk?

To be clear, if I asked Sarah to babysit under normal circumstances, I would absolutely expect to pay her. It was unsettling that Sarah would bring up payment while, for all I knew, my husband was dying in a hospital on the other side of the country. I think it would’ve been more empathetic to bring up the topic of payment after I returned + confirmed my husband was okay. My SIL is still being cold with me, and so is my niece. AITA for getting upset?

Fortunately, Reddit was furious on her behalf too. This is so wrong!