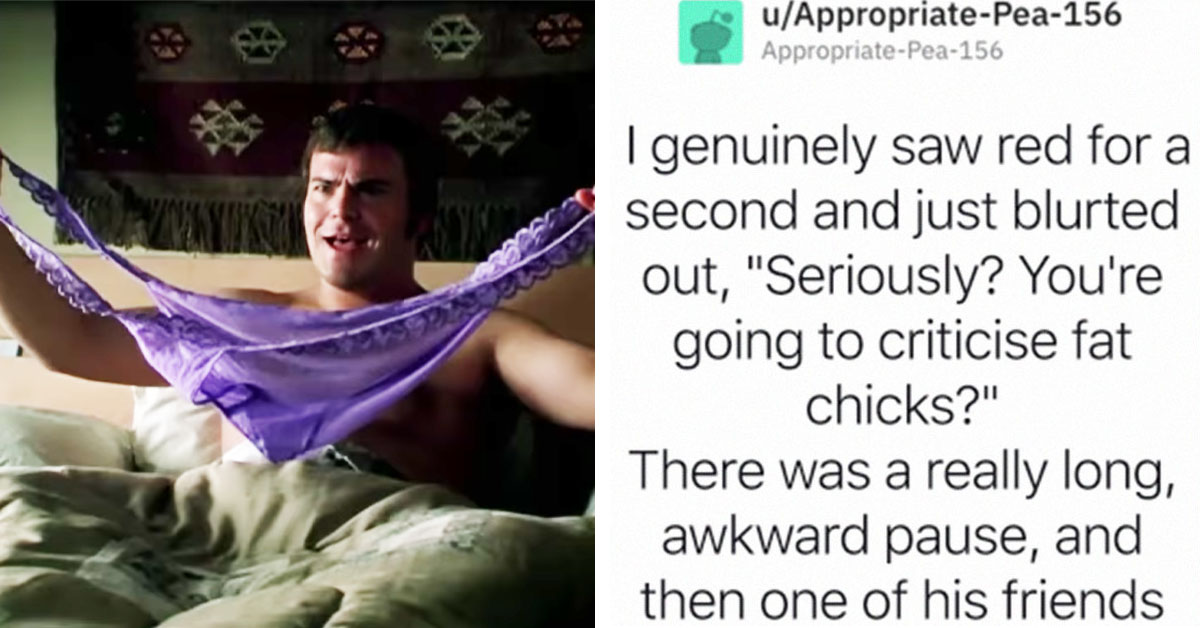 Weight is a very sensitive subject for most people, but it can get especially messy when the topic of weight comes into a relationship.

A woman on r/AmItheA–hole posting under the handle u/Appropriate-Pea-156 says she and her boyfriend are fighting because of a comment she made about his body, but she feels like she was goaded into it.

The OP says that she is 120lbs and about 5’6″ and her boyfriend is six feet tall and weighs 229lbs. According to her, this is “obese,” and probably according to the BMI scale (which is a flawed system, but that’s another post). Whether or not her boyfriend should really be categorized as obese, he definitely doesn’t feel good about his weight.

She has never had a problem with it, but he comments on it all the time and talks about wanting to lose weight and never has done anything that would make that happen. That leads to some fights between them for other reasons:

An occasional point of contention between us is that he has a tendency to offer me diet advice. For example, whenever I make a smoothie, he says, “You shouldn’t drink those things. They’re full of hidden calories.” Or when I do strength training, he says, “You’ll just gain weight because you’ll put on too much muscle.”

It’s annoying because nutrition & fitness are actually big passions of mine. I’m not an expert by any means, but I’ve done several courses and I feel I know more than the average person. Plus, I feel that I can demonstrably show that I can manage my own weight, so I don’t like that he constantly feels the need to give me advice.

Matters came to a head last weekend when they were hanging with some of his friends at a beer garden and everyone started talking about online dating:

My boyfriend said that he’d used Tinder prior to meeting me, but that he deleted it because there were “too many desperate fat chicks.” He said this in such a disgusted, dismissive way, that I genuinely saw red for a second and just blurted out, “Seriously? You’re going to criticise fat chicks?”

There was a really long, awkward pause, and then one of his friends made a joke and the conversation sort of moved on, but my boyfriend didn’t speak to me for the rest of the evening. He texted me the next day to say that it was incredibly rude and disrespectful to comment on his weight, especially in front of his friends. He says he thinks he wants a few days away from me to decide whether or not he can forgive me.

I agree it was rude of me to call him out in front of his friends, but I also think what he said was obnoxious and borderline sexist. I’ve apologised to him, but I’m not sure if I’m genuinely the a**hole here.

She wanted to know whether she went too far. While some people said it might have been a sharp thing to say, it wasn’t premeditated, and she seemed to be genuinely shocked to hear what a hypocritical misogynist he is. In a comment, the OP even mentions she knows he’d break up with her if she gained weight, which is not great for a long-term boyfriend. Who doesn’t gain weight at some point in their lives?

A lot of people said they’d met dudes like OP’s boyfriend before, and they just have a double standard about men’s and women’s bodies. A sexist double standard.

There is some good news in an edit from the OP:

Edit: Yeah, we broke up. I feel lighter.