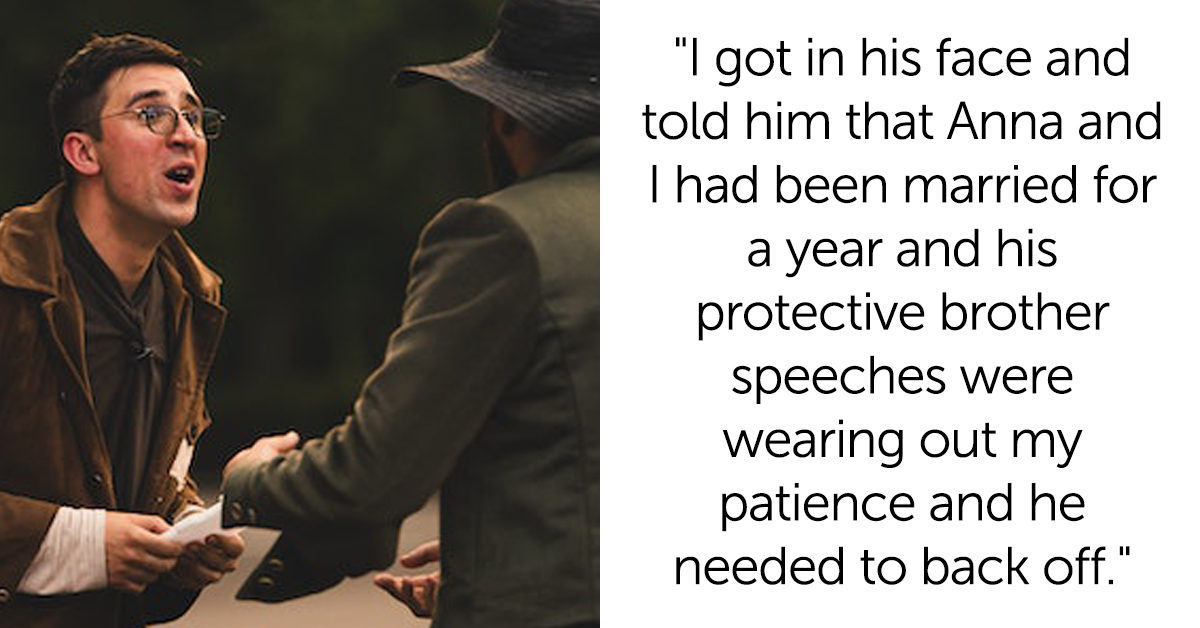 u/aita441234 recently took to Reddit to wonder if he was wrong for getting sick of his brother in law’s behavior.

And look: don’t get me wrong. In law relationships can be thorny and difficult, which is why it’s so important to learn how to come together and figure out a way to exist peacefully.

So let’s decide: “AITA for yelling at my brother-in-law that his “big brother act” is getting old and he needs to accept that I’m married to his sister?”

OP and his wife have been married for a year. They recently went on a weekend vacation with Anna’s brother and his wife.

We recently had a couples weekend vacation away with my brother in law (Mark, 31M) and his wife. I initially didn’t want to invite Mark but Anna insisted.

OP and Mark have never gotten along, perhaps owing to OP’s criminal history.

Mark and I have never really gotten along much. I have a criminal history and I don’t think Mark has ever really been able to look past that with me, even after marrying his sister.

At our vacation rental on the Saturday, we all got a little drunk. As I went to get another drink, I noticed that Mark was following me.

At the rental, they drank a bit and Mark started up his “big brother act”, condescending to OP about how he better treat Anna well.

He started the whole protective big brother act again and talking about how he hopes I’m “treating Anna right” and have “truly left my past behind me.”

It’s probably just the alcohol but I had had enough of this speech which I had heard a hundred times at this point.

Here’s where OP loses me personally: he matched irritant with aggression and got in his BIL’s face.

I got in his face and told him that Anna and I had been married for a year and his protective brother speeches were wearing out my patience and he needed to back off.

The pair escalated and shouted, forcing the wives to deal with their BS.

We ended up in a shouting match and Anna and Mark’s wife had to come in and break it up.

The weekend was more or less over after that due to the tension between us.

OP was obviously sick of his BIL, but was this the best way to handle it?

Anna says I should have just ignored Mark when he started going off like that but she isn’t the one who is on the constant receiving end of his comments towards me.

I do feel bad that I ruined the weekend but I don’t know if it’s entirely my fault here. AITA?

I think both men need to knock off their sexist BS here and be bigger people.

One commenter agreed, writing, “I think this is above reddit’s paygrade. You’ve been married a year. Not 10 years, or even 5 years. But a year. We also don’t know anything about what your criminal history is (or how long ago it was). And honestly – what he said didn’t even sound that bad. You seem to be triggered very easily on this – and honestly you likely just heightened his concern. ow he hopes I’m “treating Anna right” and have “truly left my past behind me.” I mean, again, in the grand scheme of things… this doesn’t seem that harsh to me. Especially 1 year into marriage.”