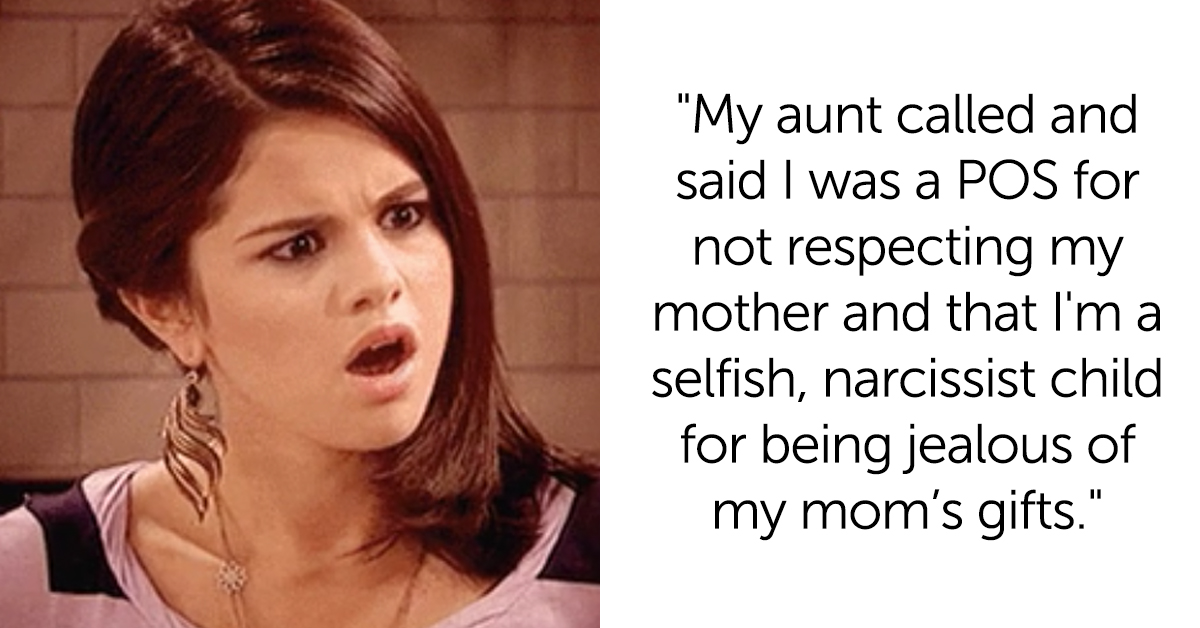 So… let’s just… agree on some terms out of the gate, shall we? Your birthdays are for receiving gifts. Not giving them. Okay? Clear? Great, here we go.

Over on Reddit’s famed Am I The Asshole subreddit, u/ThrowawayBirthdayx96 recently detailed a mystifying “tradition” that her mother wholeheartedly believes in. It’s a little confusing because it runs flat in the face of the agreement you & I just made, so.. you know. Bear with.

OP explains that she has three younger siblings and on their birthdays, they are expected to celebrate their mother too as a way to give thanks to the woman who carried them. Sure. Makes sense. Little weird, but not bonkers.

I have three siblings between the ages of 10 and 18. I’m the oldest fourth at 25. Every year on every single one of our birthday, we’re expected to celebrate my mom as well. We’ve done it since we were little. It was taught to me as ‘giving thanks for carrying + giving birth to us’. Which I’m all for, I am grateful as we wouldn’t be here without her. The issue is though, it becomes less of our birthday and more-so an anniversary for the day our mom gave birth.

But it’s not just that — it becomes an anniversary for their mother. SHE gets gifts as well as the birthday-kid. And now that the children are getting older, Mom apparently expects actual presents. To wit: Mom got a new MacBook; OP got clothes and dishes. …Yes. What?

Every year on our birthday our mom gets gifts too. As we got older, we’re now expected to get her monetary gifts (and not cards, or homemade stuff). Just recently was my birthday and I was gifted some much needed clothes and dishware for my new apartment. My dad however got my mom a new macbook. My siblings all got her gifts too. My youngest brother isn’t expected to give much, but my 16 year old sister and 18 year old 2nd brother work so they’re expected to give gifts too.

Here’s where we start to get a little gnarly: the 16 year old sister was expected to get a very pricey necklace for mom.

My sister pulled me aside before my birthday and said she was sorry she couldn’t get me much (she got me a sweater, I love it!) and that she wanted to get me more but our mom was pressuring her to get a certain necklace for our mom. Apparently my mom had been dropping hints for month and my sister was worried our mom would be upset and feel underappreciated if she didn’t get it.

I asked how much it was, and my sister said it was $300. I honestly lost it on our mom and chewed into her later that afternoon when my mom opened her gifts after me. I think she’s ridiculous for even wanting my sister to spend so much on a gift!

OP unloaded on Mom for expecting such a pricey gift period, but I’m sure it was compounded by the fact that mom has been getting great presents for years on days that aren’t really …hers? Just based on the social contract we established up top.

Mom started crying and my dad kicked me out. Mom won’t answer calls but my aunt (mom’s sister) called and said I was a POS for not respecting my mother and that I’m a selfish, narcissist child for being jealous of the gifts mom got.

I thought I was in the right, but now I don’t know. It’s been over two weeks and mom won’t answer my calls. She’s been posting on facebook inspiration quotes about letting go of the toxicity in your life, how blood doesn’t equal family, and how hard it is to be a mother. Several family members (aunt, grandma, uncle, and two of my cousins) are replying to the posts and are very obviously directing vague comments at me about being a horrible daughter… Idk what to think now because of how many people are on her side :/

And of course Mom is super passive aggressive about the whole thing. OP isn’t sure if she was right anymore. Don’t worry, though, Reddit flew to the rescue: