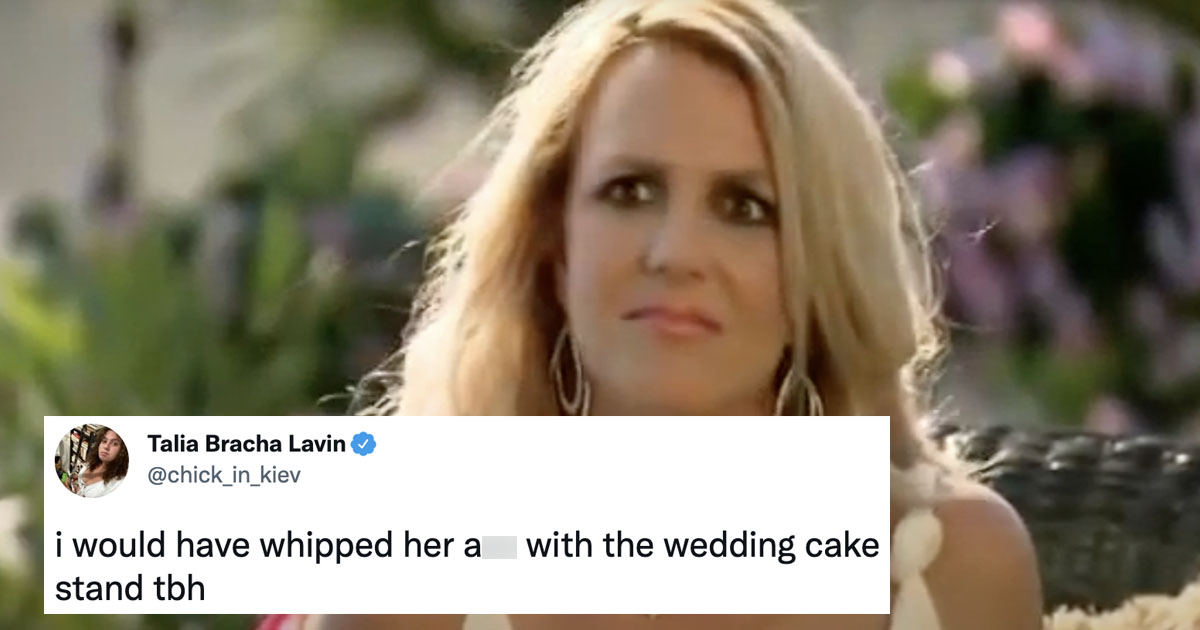 Bridezillas cause a lot of complaints on Reddit’s r/AmItheA–hole, but this story of a major monster bride from u/throwaway___4675 went past regular entitlement and became downright cruelty. The OP says she has a 15-year-old step-daughter name Jane who has scars from an accident that goes around her neck and one side of her face.

“She’s already gotten tons of insensitive comments but to me and her dad she’s still the most beautiful soul,” says the OP.

While she thought her family was supportive of Jane, things went south when her sister and BIL got married a few days before her post. They had told her that the wedding was child free, and Jane could not come. They respected that and made arrangements for Jane, though the teen was disappointed.

My husband and I got to the venue and first thing we noticed was kids…Kids of all ages all around the venue. My husband literally stopped walking. He paused for few seconds, looked at me then let go of my hand and said he was outta there. He walked out but I stood still when mom saw me and signaled me to come join the family. But I didn’t go. I asked one of the guests who had his kid with him and he said this event allowed kids. I was seeing red at this point cause I was fooled into leaving Jane at home and coming with my husband only.

I ignored mom and went straight to where my sister and her husband were standing. Then I blew up at them asking why they lied about this being a child free wedding when it wasn’t. I asked them infront of everyone why they decided to basically lie to me and my husband and get us to exlude our daughter? Why? Is Jane somehow different from the other kids who showed up? My sister tried to calm me down but I bluntly asked if It was cause her step-niece has a burnscar/visible injury that she and her husband were too ashamed of.

I literally heard guests saying “oh” mom tried to get me to step off the stage. But I proceeded to call my sister and her husband awful, insensitive people with no respect for me nor their niece. My sister started crying saying she would never and that I misunderstood and my BIL begged me to go sit but I refused and said I wasn’t interested in celebrating/supporting their marriage after this.

The OP walked out of the wedding and say he mom and aunts followed and accused her of being out of line for talking so openly about what the bride and groom had done to her step-daughter. Her mother said it was the husband’s idea and they should have talk about it privately or she should have left without making a scene.

The story is so awful that it got immediately shared to Twitter, because a lot of people really felt the bride got off easy:

The post has been deleted on Reddit for possibly being “spam” and there are some people who are suspicious of the story and how perfectly designed it is to enrage everyone:

But the reality is that there are a whole lot of people out there who depend on others “not making a scene” to get away with doing horrible stuff and maintaining their public image that way. Don’t be afraid to make a scene when it’s worth making a scene!