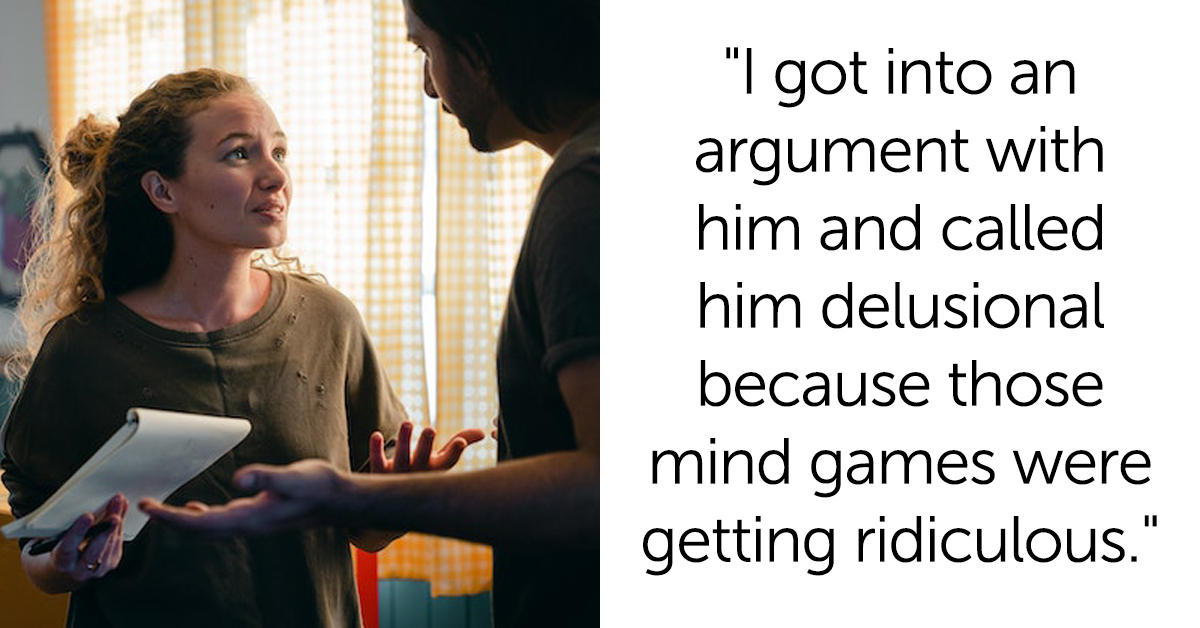 I’ll be honest, anyone who has to wonder if they’re a jerk for calling someone they love names is, um. A jerk.

Redditor u/throwawayfianceissue asked the AITA subreddit if she was in the wrong for doing just that to her fiancé — but there’s a little more to this story.

OP and her fiancé have been together for three years and she has three kids of her own. He likes them, but does have some Thoughts about their upbringings.

My fiance (40m) and I (36f) have been together for 2 years. I have 3 kids from my former marriage (7), (11), & (14). My fiance loves them and treats them as his own but he constantly complains about certain behaviors and says that the kids lack “some forms of descipline”.

So instead of working together — or OP putting her foot down and saying no — she lets him discipline the kids. He gives them “behavioral tests”, which is one of the grossest things I’ve ever heard.

I never understood what he meant but mind you he’s a teacher and can take this whole descpline thing a bit far. I noticed that he’s been doing some “tests” lately to see how they’d act in certain situations. For example, he once left his journal lying around to see if any of my kids would snoop, he also would leave money lying around to see who’d touch it. Or even lie saying “who wants skittles?” to see if any of the kids would come to him downstairs.

He deliberately lies to these kids to see how they’ll react. What a horrible person. Recently, he told them he lost a buck and would give 10 if they found it.

The recent one (that I wasn’t aware of til later) was yesterday. He told the kids that he lost a “dollar” from his pocket and offered 10 dollars to whoever finds it. The kids began searching the house for an hour.

He never lost a dollar, so when the older child “found” one, the fiancé used it as a gotcha moment. This mind game is so f’d up.

My 7 & 11 year olds couldn’t find a thing, but my 14 year old went to my fiance and told him he found the dollar and gave it to him. My fiance lost it and started yelling “Aaaa gotcha now!”. My son was confused.

Turns out, my fiance didn’t lose any money and lied about the dollar to see how the kids would react. My son obviously had “failed” because he pretended to have found the dollar but in reality he took it from his allowance and gave it to my fiance hoping to get that 10 dollars.

AND THEN THIS ASSHOLE PUNISHED THIS CHILD. OP finally stood up for her kids.

My fiance said that because of my son’s dishonesty and greed, he’ll punish him by taking all his allowance for the month as well as electronics being taken away for a week!. I got into an argument with him and called him delusional because those mind games were getting ridiculous and besides, it’s not like my son stole anything from him, he just failed his stupid test and kids make mistakes and learn.

By FAR the fiancé is the bigger jerk here, but good LORD, OP. Run!

He still talked about how this is about principles and that he’s trying to teach my kids to become decent adults, but I thought this has gone too far. I refused to let him punish him now he’s calling me an enabler and said that this attitude won’t be of much help when we get married because it undermines his authority as a parent, and enables unacceptable behaviors from my kids. He said and I qoute “I will not tolerate having greedy and dishonest individuals live under my roof”.

Reddit came down on this woman hard for letting this man treat her kids this way — perhaps deserved, but if you ask me if she was a jerk for telling him off at last, then no. She was not.

“YTA. For allowing him to emotionally abuse your children,” wrote one person.

Another noted, “Why oh why are you with this man??? How is yelling “Who wants Skittles!” and seeing who comes running a test??? Hell. I’D come running and I’m 37! There’s a word for this and it’s called entrapment. At a state or federal level, it’s illegal. So if he thinks he’s teaching your kids some valuable life lessons, he’s really the one who needs to learn a thing or two. I think the best way to teach him is to dump him.”