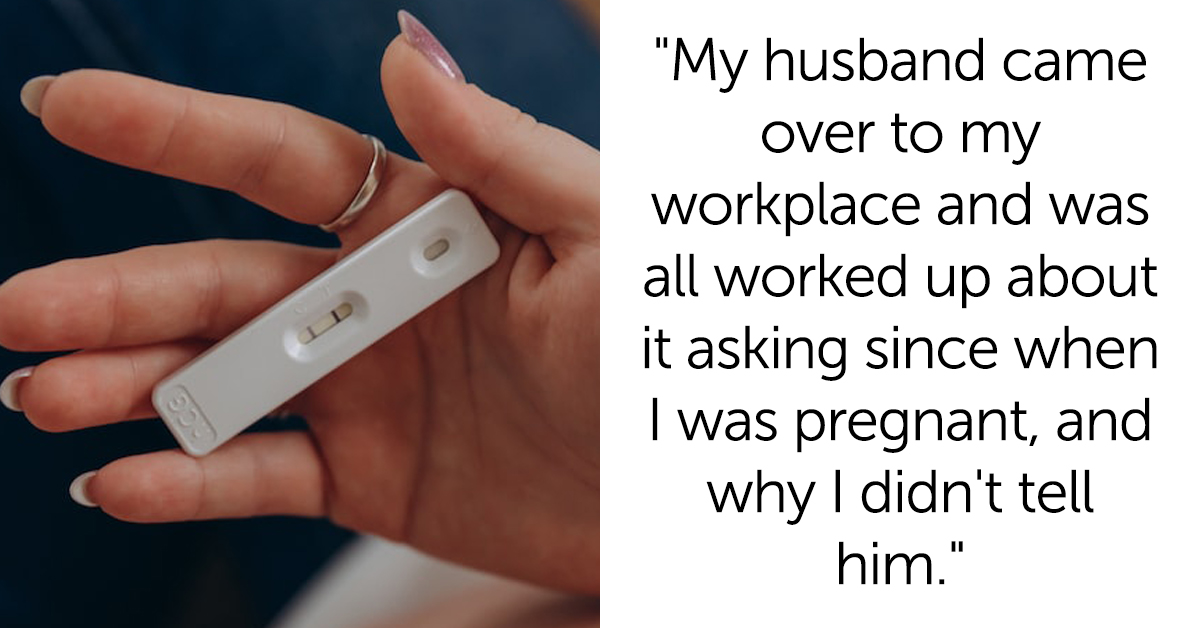 I cannot even imagine having a mother in law with this much actual gall.

u/Milathrowaway37 shared a story over the weekend on Reddit’s AITA sub wondering if she was a jerk “for leaving a fake postive pregnancy test in the bedroom to catch my husband’s mom snooping”. Imagine feeling the need to go this far to catch someone totally invading your home’s privacy. UGH.

OP noted that after her mother in law moved in with them, she started to see stuff in the bedroom… moved.

My MIL moved in with us a month ago. I began to notice my stuff in the bedroom being touched. Furniture rearranged, stuff moved et cetera…

And she, like the Germans stuck in East Germany, thought she was going insane. OP thought maybe it was MIL but her husband insisted his mom would never do that.

I felt like I was going crazy because my husband is the only one who has access to the bedroom and he doesn’t usually touch nor come near my things. I figured it must be his mom walking in and snooping on my personal things. I told my husband and he said his mom would never…I had a huge hunch but couldn’t instal a cam in the bedroom to catch her in act.

Because OP couldn’t install a camera in the bedroom, she got a fake positive pregnancy test and put it in the trashcan.

So, I got me one of those fake postive pregnancy tests and threw it in the bedroom’s trashcan. note the trashcan was placed in the corner near the closet.

Lo and behold, the next day OP started getting texts and calls to congratulate her. Her husband was also upset about not being told.

Literally the next day after I got to work, I got tons of calls and texts from my inlaws “congratulating” me for my “pregnancy”. My husband came over to my workplace and was all worked up about it asking since when I was pregnant, and why I didn’t tell him.

So OP asked him how he knew and he told her that his mother found the test.

I asked how he found out and he said his mom found the positive test in the trashcan in the bedroom.

OP got her AHA moment… but her husband didn’t seem to want to deal with the real issue.

I asked if his answer just confirmed that she’s been snooping in the bedroom all along. He had a “realization” moment but demanded we stick to the bigger issue, I said there was no bigger issue because the positive test was fake and this whole thing was done to expose my MIL’s snooping. he was not convinced.

This asshole of a husband had OP take another test in front of him and got mad at OP for “breaking his mom’s heart”. OP has been dealing with a lot of crap from his family ever since.

he had me take an actual test right infront of him and he was livid asking how could I lie about such thing and break his mom’s heart since I know…very well that she longs for kids. I got a lot of shit because of this from him, his mom and family now calling me a liar and manipulator.

important info: nothing gets takes or goes missing from the bedroom. just to be clear.

This husband sounds like a piece of work, doesn’t he?

Reddit agreed. “NTA, but ordering a lock for the door and kicking MIL out seems easier. If you WERE preg, how dare she announce it. So many red flags, one of you needs to go and it shouldn’t have to be you,” wrote one user.